Wind Catching Systems, a Norway-based startup that develops floating offshore wind-power technology, just announced a Series A investment round of up to $10 million led by GM Ventures. Additionally, Wind Catching Systems is announcing that it has entered a strategic agreement with GM to collaborate on technology development, project execution, offshore wind policy, and the advancement of sustainable energy technology.

Wind Catching Systems is also backed by Ferd, North Energy, and Havfonn. Funding will go towards the development and commercialization of new wind power technology, with the goal of establishing a commercial installation by 2027.

“The Wind Catching technology has significant competitive benefits compared to conventional floating offshore wind technologies and we see great opportunities for deployment at the Utsira site in Norway and at other locations worldwide,” said CEO of Wind Catching Systems, Ole Heggheim.

GM Ventures serves as the venture capital arm of General Motors, with this latest investment in the Wind Catching Systems startup serving to forward GM’s overarching goal of ushering in an all-electric, zero-emissions future. That includes renewable energy to power GM’s electric vehicles.

“As GM continues to move towards an all-electric future, it’s critical that we simultaneously drive the transition of the grid to low-carbon energy sources,” says GM’s Chief Sustainability Officer, Kristen Siemen. 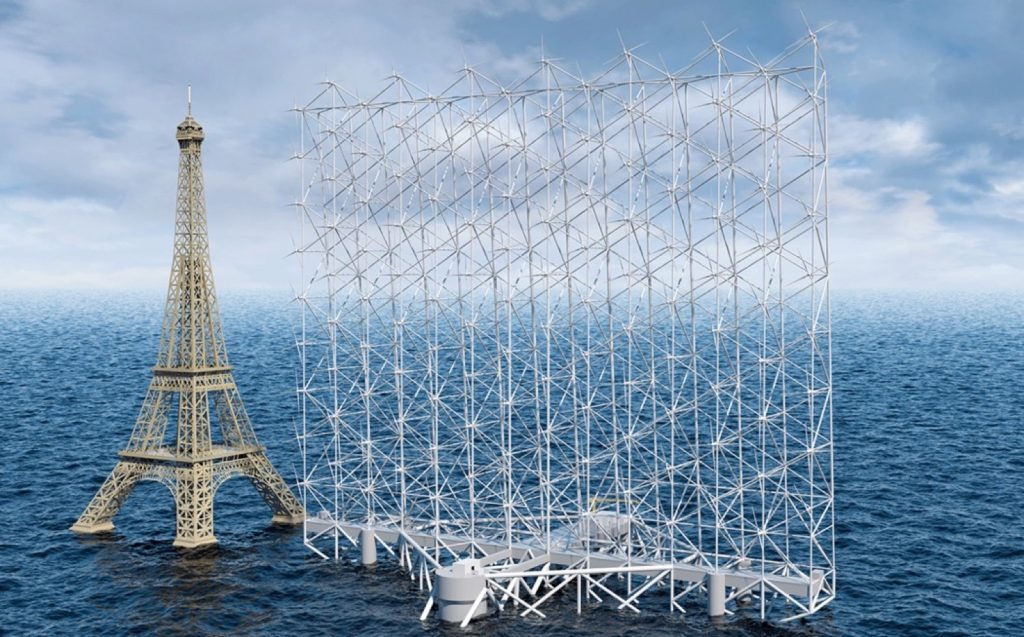 Wind Catching Systems aims to develop technology that can provide renewable electricity that competes on a cost level with other energy sources, without subsidies, with the same annual production as five conventional 15 MW offshore wind turbines. To that end, the startup is developing floating multi-turbine platforms that can reduce overall turbine acreage by over 80 percent, as well as increase overall efficiency as compared to traditional floating wind turbine designs. The technology is also expected to offer a structural design life of 50 years.