GM has once again filed to trademark the term “Zora” in the United States, GM Authority has learned.

Filed on June 20th, 2020, the application is assigned serial number 97466640 with the United States Patent and Trademark Office and is reserved for use on “motor vehicles and parts thereof.”

This is far from the first time GM has moved to secure the Zora wordmark from a legal standpoint. Back in 2020, we discovered the Detroit-based automaker had filed to reserve the Zora name with 31 different intellectual property offices around the world, including in both the United States and Canada, as well as Australia, New Zealand, Iceland, Moldova, Macedonia, Switzerland, Zimbabwe and the European Union. Over 30 applications for the Zora name were filed in 2014 alone, with more filings occurring in 2017, 2018, 2020 and now 2022. We should also note that we first discovered a trademark filing for the Zora name way back in early 2014 – well before rumors of the mid-engine Corvette had truly taken hold.

As many GM Authority readers will already know, the Zora name honors the Corvette’s first chief engineer Zora Arkus-Duntov, who went to great lengths to produce a mid-engine Corvette during his tenure at the company. The vehicle is expected to serve as the range-topping Corvette C8 model variant, usurping the C8 Z06 and even the C8 ZR1. 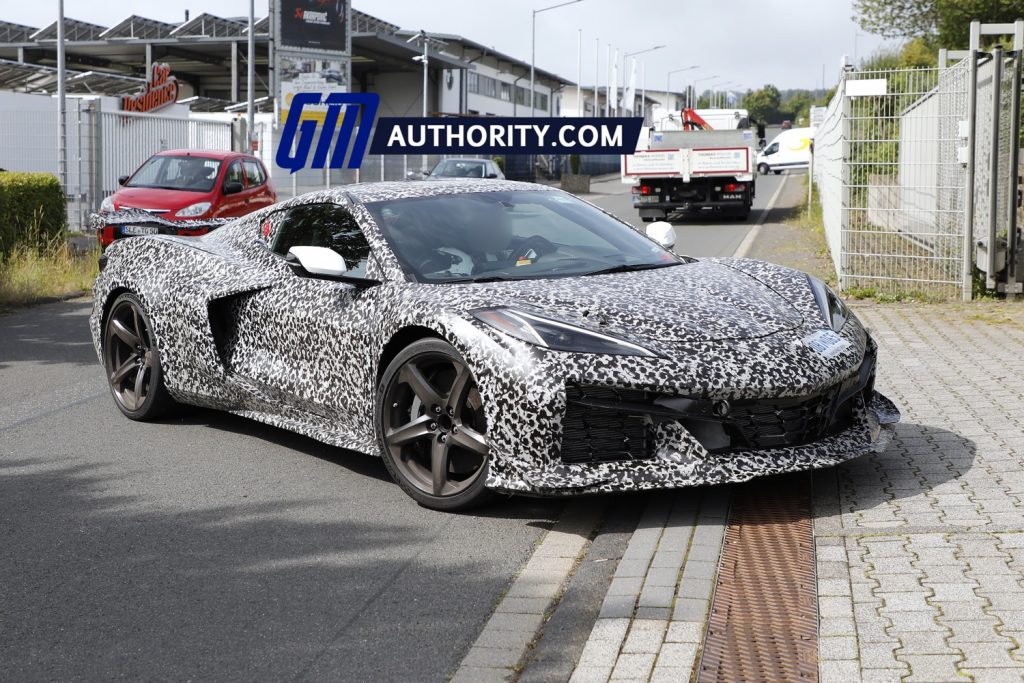 The C8 Corvette Zora is expected to be powered by a twin-turbocharged 5.5L V8 LT7 DOHC engine mated to a hybrid-electric drivetrain, with output expected to sit at around 1,000 horsepower and 1,000 pound-feet of torque. All-wheel-drive will be responsible for putting all that power to the pavement, while an aggressive wide body treatment and a plethora of active aero features will further elevate the model’s performance.

With outside factors like the COVID-19 pandemic and supply chain disruptions hampering the launch of the 2023 Corvette Z06, it’s likely that it will be quite some time before we see the production-ready Corvette C8 Zora make its official debut. We’ll keep our ear to the ground for more information on this exciting new Vette variant as it becomes available, though, so be sure to subscribe to GM Authority for more Corvette Zora news, mid-engine Corvette news, Corvette C8 news, Corvette news, Chevrolet news, and around-the-clock GM news coverage.