The new Sloan Museum vehicle gallery, titled The Durant Gallery, will encompass some 11,000 square feet and house a selection of important vehicles that showcase the history and future of the automobile. The Sloan Museum itself has more than 100 rare and vintage vehicles, plus nearly 48,000 artifacts, including Durant’s first carriage model, a two-wheeled horse-drawn buggy. 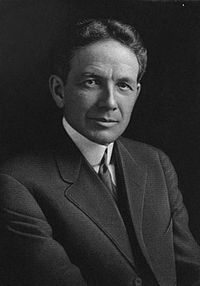 “Billy Durant was a fearless visionary who boldly seized opportunity wherever he found it, and who changed the auto business forever,” said GM President Mark Reuss with the announcement of the recent donation. “His spirit has remained an inspiration to GM for more than a century, and lives on as we lead the global automotive industry to an exciting new era powered by electricity.”

The Sloan Museum of Discovery is set to open to the public on Saturday, July 16th, and is located in the Flint Cultural Center in Flint, Michigan. The new Durant Gallery is set to open next month as well. The museum will also offer guests an early childhood learning gallery called Hagerman Street, Discovery Hall, a hands-on science gallery, a community history gallery, and learning labs, among other exhibits.