The race for full-size electric pickup supremacy is in full swing, with our spy photographers this week catching GM engineers benchmarking the Ford F-150 Lightning amid the ongoing development of the 2024 Chevy Silverado EV. 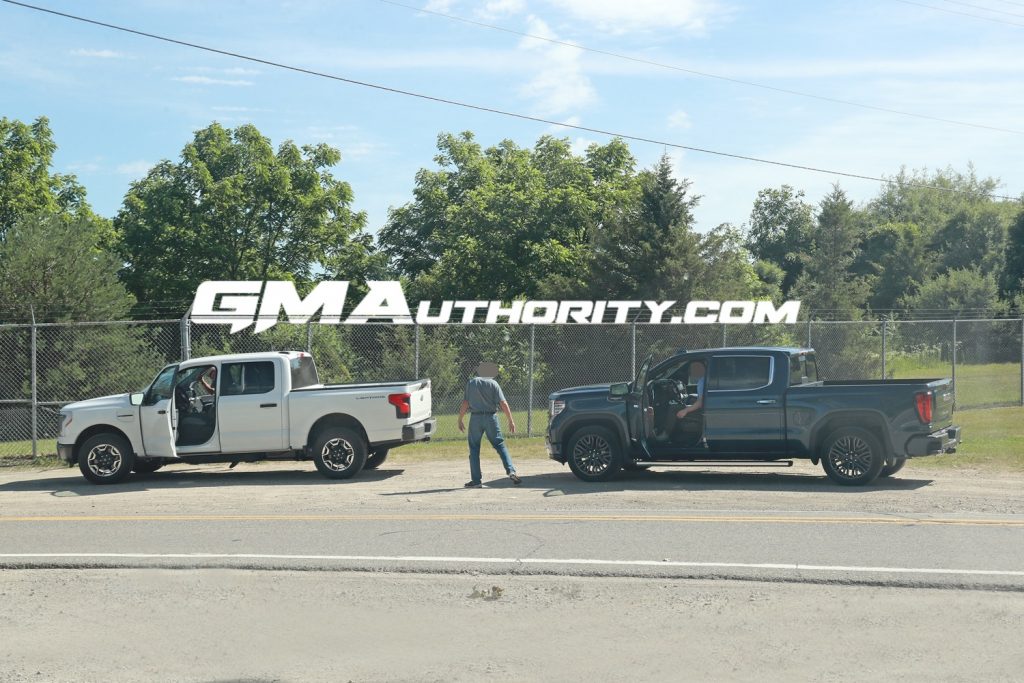 Our sharp-eyed spies caught GM engineers behind the wheel of a 2022 Ford F-150 Lightning Pro, while a 2022 GMC Sierra  Denali Ultimate served as the chase vehicle. It’s not uncommon to spot automakers benchmarking the competition’s products, and seeing as the upcoming Chevy Silverado WT will serve as a direct rival to the F-150 Lightning Pro, we’re not surprised that GM is keeping a very close eye on this particular vehicle right now. 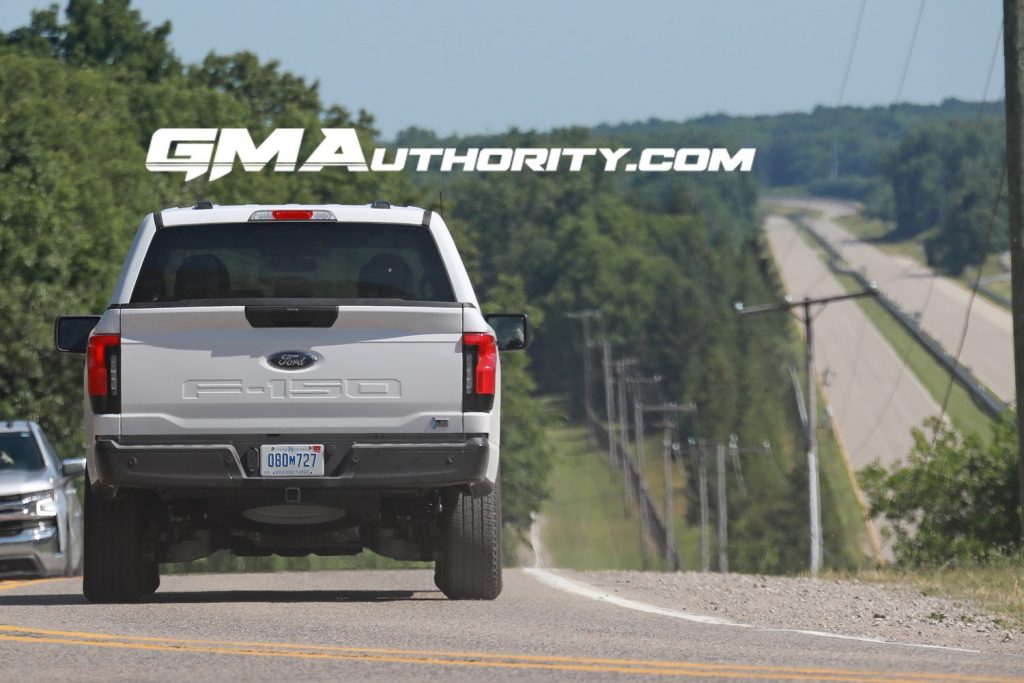 The 2024 Chevy Silverado WT will launch with a dual-motor e4WD powertrain rated at 510 horsepower and 615 pound-feet of torque, as well as an Ultium battery providing a GM-estimated driving range of 400 miles. The Ford F-150 Lightning Pro, by comparison, features a dual-motor setup rated at 426 horsepower and 775 pound-feet of torque, along with an EPA-certified driving range of 230 miles. Ford also offers an Extended Range battery in the F-150 Lightning Pro, which adds a more powerful 563 horsepower dual-motor setup (torque remains the same) and boosts driving range to an EPA-estimated 300 miles. Pricing for the Ford F-105 Lightning Pro starts at $39,974 including destination and freight, whereas GM will charge $39,900 for the Chevy Silverado WT before freight charges. 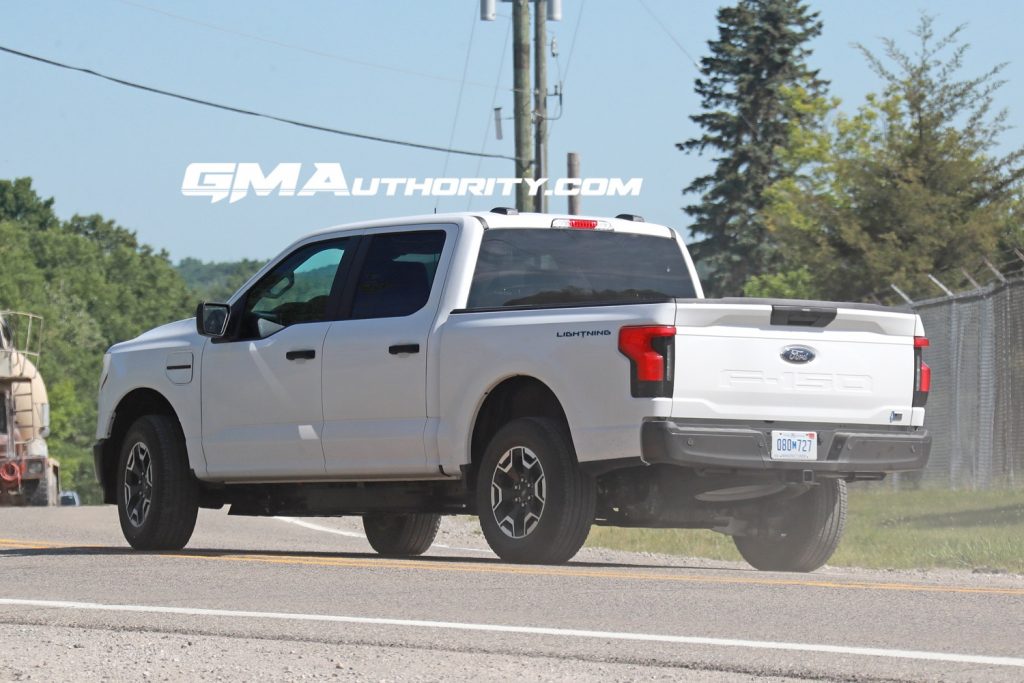 GM is also working on other Chevy Silverado EV model variants, including a sporty RST First Edition and a rugged Trail Boss, however the WT trim level will be the first to arrive when it launches next spring, so it makes sense that GM is focusing more on this model for the time being. It’s therefore possible the automaker will benchmark other F-150 Lightning trim levels in the future, like the range-topping Platinum, for example.

We’ll be keeping a close eye on the ongoing development of the 2024 Chevy Silverado EV WT as its official launch date approaches. For now, though, be sure to subscribe to GM Authority for more Chevy Silverado news, Chevy news, GM electric vehicle news, General Motors technology news, and around-the-clock GM news coverage.