A video posted to the infamous Reddit page /r/IdiotsInCars over the weekend shows a C8 Corvette Stingray successfully driving through deep flood waters in Florida.

The video starts as a black C8 Corvette Coupe is seen driving down a badly flooded residential street in Miami. The Corvette is seen pushing through the deep flood waters with relative ease as the driver revs the naturally aspirated 6.2L LT2 V8 engine and a surprised onlooker shouts “What?! How?” The driver appears to continue onward once the vehicle is passed the flooded section of road, driving casually to their destination. 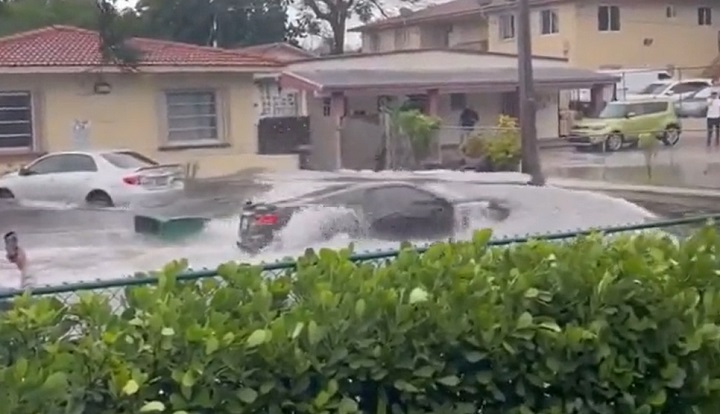 As one of the Reddit commenters points out, it’s unlikely the driver would be able to do this with a front-engine sports car, as the water would immediately flood the engine bay. The C8 Corvette has its engine mounted midship, though, which allows the nose to push through the water without flooding the engine compartment. This is still ill-advised, though, as the Corvette still has heat exchangers and other components out front that could be damaged. Deep flood waters like this can also damage electrical components. All that said, we’re extremely impressed at how the sports car was able to push through this rather tall wall of water. 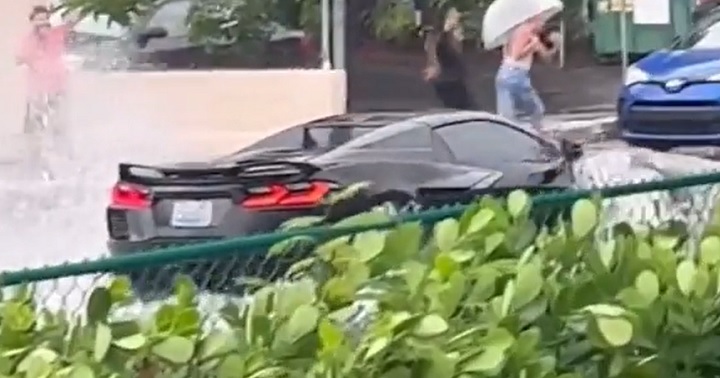 To steal the joke from the top-rated comment in the Reddit thread, this is a rather ironic capability for a vehicle that has Stingray in its name. And with its pointed silhouette and low-slung shape, there’s no denying the C8 Corvette looks a bit like a Stingray as it moves through the water in this video. We don’t think this is quite what Chevy had in mind when it started using the Stingray name for its flagship sportscar, though, so it’s best to keep your Corvette on dry land.