The upcoming Dodge Hornet has been spied testing in public wearing minimal camouflage, giving us a sneak preview of this future Chevy Trailblazer rival. 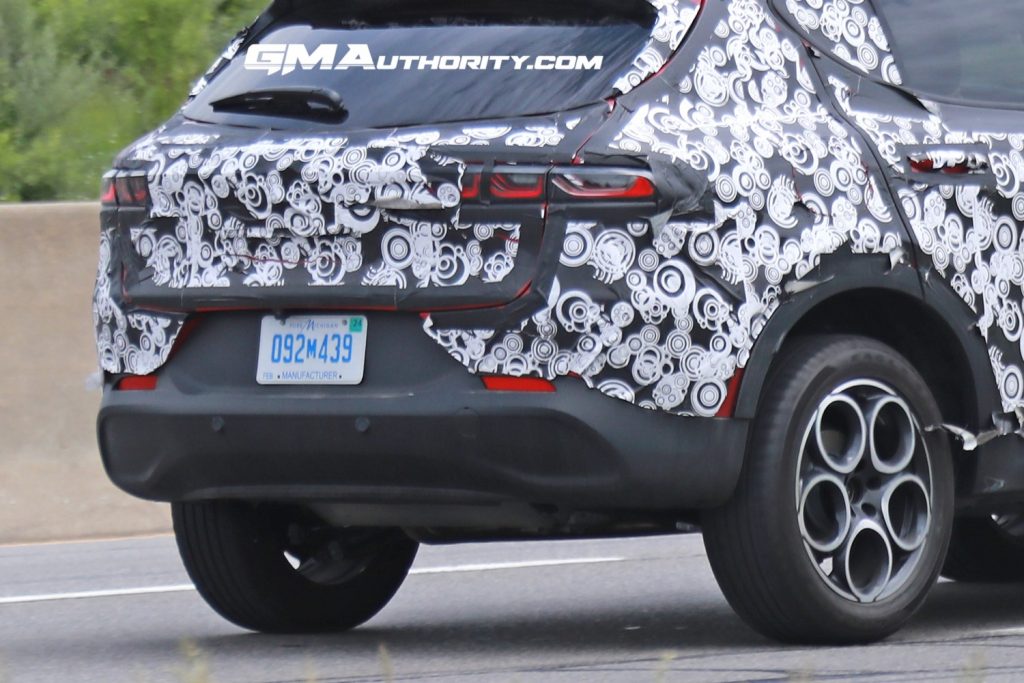 The Dodge Hornet shares the FAC Small Wide platform with the new Alfa Romeo Tonale and appears as though it will share some sheet metal with the more luxury-focused model, as well. This prototype appears very similar to the Tonale from the side, although the front and rear fascias are decidedly Dodge, pulling some inspiration from models like the Charger and Durango. 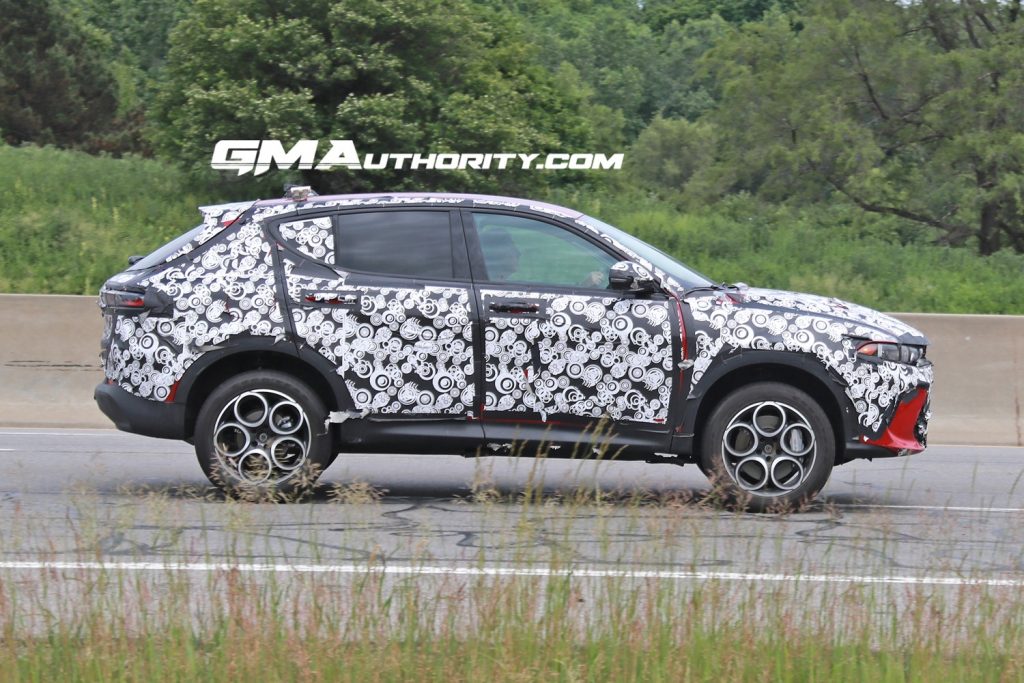 Rumors indicate the Dodge Hornet will be powered by a turbocharged 2.0L engine and nine-speed automatic transmission, with front-wheel-drive likely coming as standard and all-wheel-drive available as an optional extra. This engine is also offered in the Tonale, where it produces 256 horsepower and 296 pound-feet of torque, although it may be toned down a bit in the less expensive Dodge model. It’s also possible the Dodge Hornet will use different four-cylinder engines from the Stellantis portfolio than the Tonale. 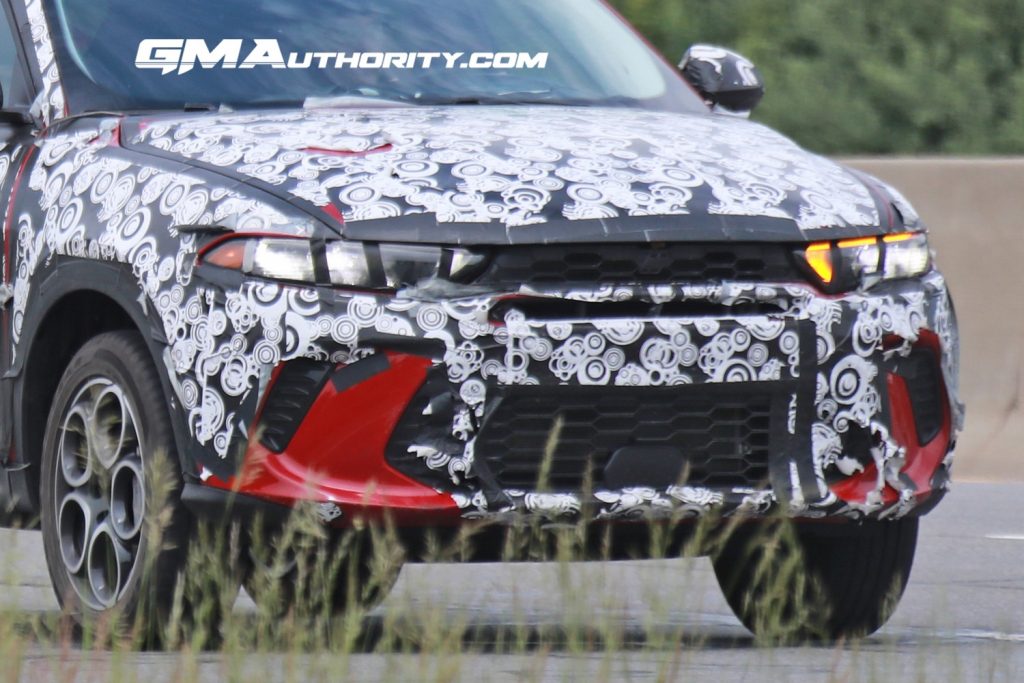 The Tonale is also offered with a plug-in hybrid powertrain, which could potentially carry over to its Dodge-badged stablemate. The plug-in Tonale is powered by a turbocharged 1.3L engine, which is paired with two electric motors and a small 15.5 kWh battery pack. This setup is good for a total system out of 272 horsepower and offers up to 30 miles of pure-electric driving range in the Alfa. Again, it seems possible the Dodge-badged model could have a different powertrain lineup, so it’s hard to say what will be under the hood. 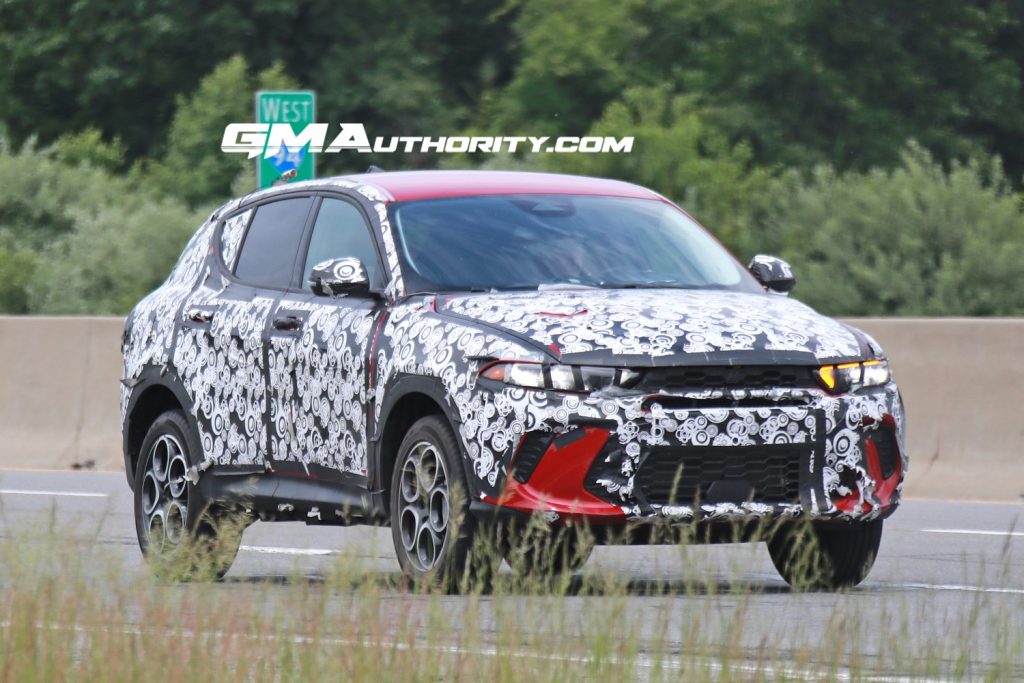 This sporty subcompact crossover will put the Chevy Trailblazer directly in its crosshairs with a similar footprint and interior space, along with similar performance and pricing. It’s expected to enter production at Stellantis’ Pomigliano d’Arco Assembly Plant in Italy later this year, following an anticipated debut in the third financial quarter. 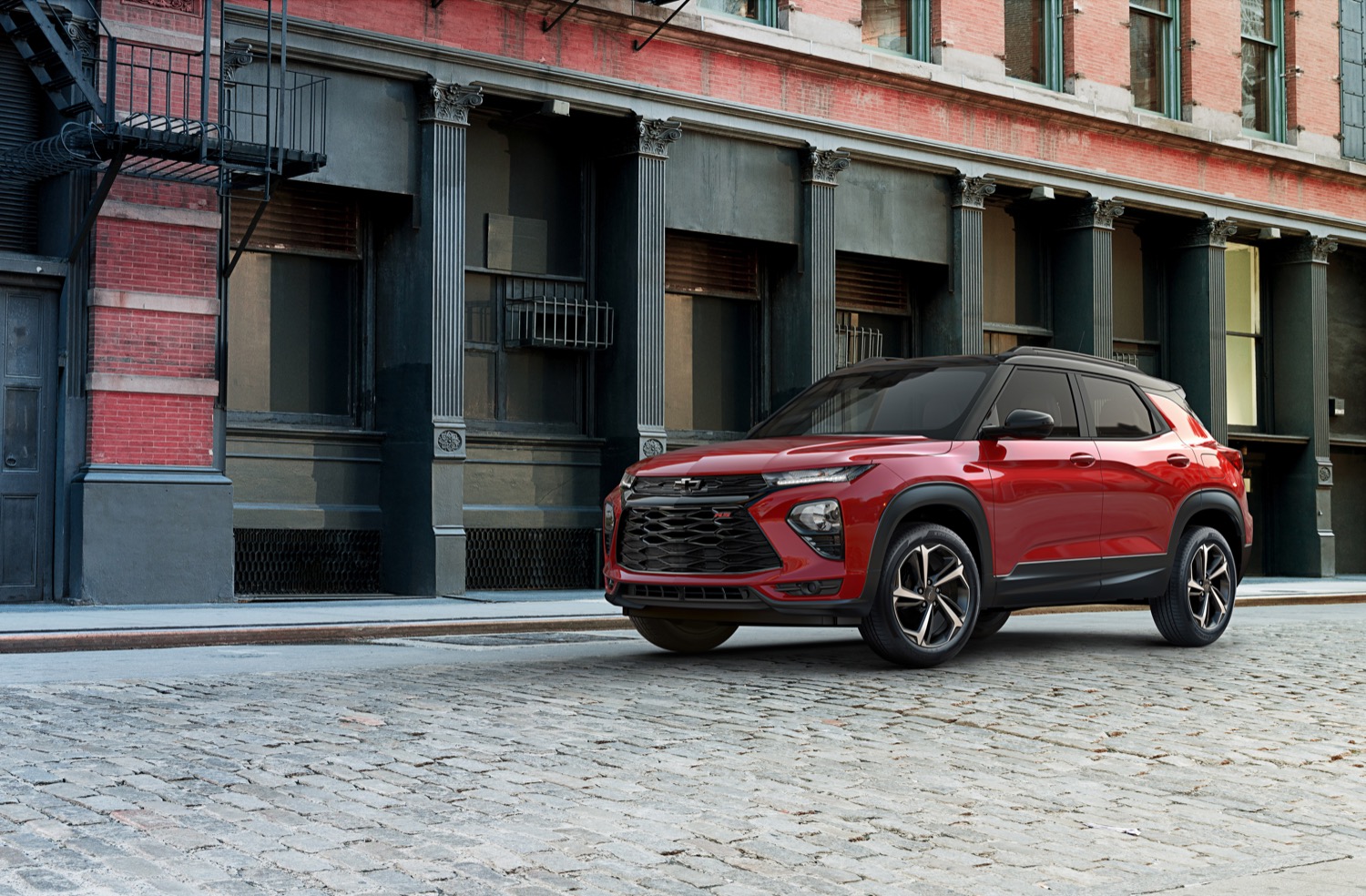