One of the longest-running rivalries in the automotive industry continues to be that of Chevrolet vs. Ford. The contention remains alive and well today, with the two American auto brands battling it out in many segments, both at home and elsewhere around the world, including the burgeoning electric vehicle market. One of the simpler ways to determine which of the two legendary marques is coming out ahead in the rivalry is by looking at the raw sales figures, and that’s what we’ll do here today for the first quarter of 2022 by comparing Chevy sales to Ford sales. 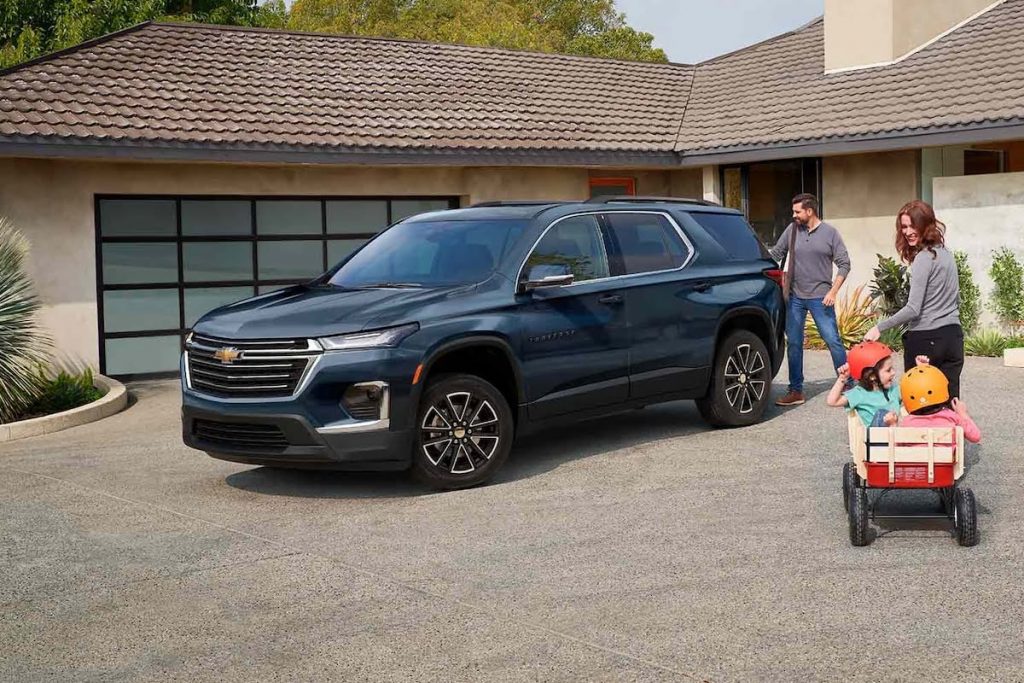 Not surprisingly, the Chevy Silverado continued to be by far the best-selling model for the Bow Tie brand, netting 121,107 units and accounting for over a third of overall sales. Comparatively, the most popular Ford model was the Silverado’s primary rival – the F-Series – with 140,701 deliveries during the quarter. Similar to the Silverado, the F-Series accounted for over a third of overall sales Ford sales. The two full-size trucks represent the respective marques’ bread-and-butter from a sales volume and financial stand points.

Meanwhile, the Chevy vehicle to experience the largest sales growth was the Low Cab Forward with a 48 percent jump. It was followed by the Corvette with a 33 percent rise and the Suburban with a 12 percent increase.

For Ford, the Bronco Sport took top honors with a 25 percent jump in sales, followed by the Edge with a 19 percent bump. 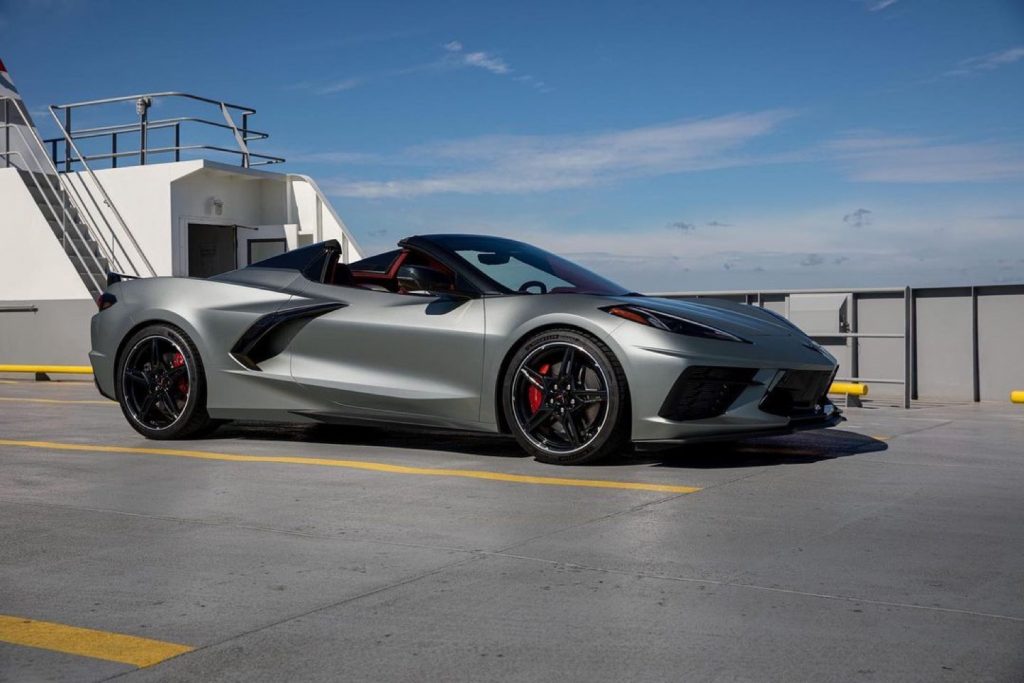 Chevy outsold Ford in the passenger car segment during Q1 2022. That should come as no surprise given that Chevy offers more models in this space, while Ford has discontinued all but one (and a half) models. Chevy car sales in the U.S. fell 21 percent to 41,481 units while Ford car sales declined 19 percent to 14,022 units.

Specifically, the Bow Tie brand currently offers the Camaro, Corvette, Spark and Malibu, as the Sonic and Impala have been discontinued. The Spark is following suit, as it will be sunset before the end of the 2022 calendar year. Ford only offers the Mustang and the GT supercar, having discontinued core models like the Fiesta, Focus, Fusion, and Taurus.

Incidentally, the Corvette and GT were the only cars to post a growth in sales volume between the two marques. The Spark saw the largest drop at 98 percent as it’s being phased out.

While all Chevy crossovers were in the red, the Blazer fell the least at just over two percent, while the Equinox remained the best-seller at 56,036 units, accounting for nearly half of all sales. It was followed by the Traverse at 23,464 units and Blazer with 18,808 deliveries.

Meanwhile, the Ford Bronco Sport experienced the largest growth in sales volume at nearly 25 percent, though the Explorer was still The Blue Oval’s best-selling crossover at 42,736 units.

Chevy continued to be the bestseller in body-on-frame SUVs during Q1 2022, outselling Ford by over 3,000 units.

The Tahoe and Suburban combined for 36,403 deliveries, up seven percent. Meanwhile, Ford Expedition sales lagged behind with sales dropping 56 percent to just 9,718 units.

However, the new Ford Bronco added a healthy 23,573 units for a total of 33,291 Ford SUV sales sold during Q1 2022. This enabled Ford to almost catch up to Chevy in the SUV sales department.

The circumstance flips when it comes to trucks. This segment includes the full-size Chevy Silverado versus Ford F-Series rivalry, representing perhaps the biggest and longest standing one in U.S. automotive history. This space not only tracks full-size light duty and full-size heavy duty pickups, but midsize ones, too, along with medium duty commercial trucks.

During Q1 2022, Chevy fell to Ford in terms of cumulative truck sales volume, with Chevy selling 144,213 trucks, down about five percent, against a 22 percent drop in overall sales volume to 180,543 units.

The F-Series recorded 140,701 sales versus the Silverado’s 121,107 units. Additionally, Ford Ranger sales totaled 17,639 units to the Chevy Colorado‘s 21,693 deliveries. However, the all-new Ford Maverick compact pickup (for which Chevy currently doesn’t have a rival in the U.S. market) add 19,245 additional units to Ford’s bottom line.

It’s worth noting that stunted Colorado sales continue to be exacerbated by significantly constrained availability of the midsize truck at the dealer level as a result of the ongoing global semiconductor microchip shortage. Production stoppages at the GM’s Wentzville plant in Missouri, which builds the Colorado, took place during several months in 2021. Most recently, production was halted again for nearly the entire month of December 2021.

With only one offering, Chevy sold about a quarter as many vans as Ford during Q1 2022. The decline in Chevy Express sales is the result of the aforementioned production stoppages at the GM Wentzville plant, which also builds the Express. Production at the plant was down for several weeks in 2021, resulting in substantial declines in inventory and associated sales volumes.

Against the Chevy Express, Ford sells the E-Series, Transit, and Transit Connect. For those who may not be familiar with Ford’s van offerings, the Transit Connect is a compact city van (available in passenger and cargo forms), the Transit is the large van range (including passenger, cargo, and cutaway), while the E-Series is offered solely as a cutaway.

While the 2022 Chevy Bolt EV received a refresh alongside the launch of its all-new larger sibling, the 2022 Chevy Bolt EUV, sales of both models have been stifled by a stop-sale and resulting production stoppage over a battery-related fire risk, which has since been resolved, albeit not in time to make an impact on Q1 2022 sales figures.

However, it’s worth noting that General Motors (Chevrolet, Cadillac, Buick and GMC) sold 80,700 more vehicles than the Ford Motor Company (the namesake Ford brand plus Lincoln) during Q1 2022, with GM moving 512,832 units to FoMoCo’s 432,132 deliveries.

The fact that Ford outsold Chevy during Q1 2022 is nothing new since this has been the case for the past several years. Additionally, the results present a somewhat distorted comparison, since both automakers continue to face major supply issues stemming from the ongoing microchip shortage, shortages of other parts (beyond microchips), plant shutdowns, related manufacturing issues, as well as a bevy of other logistical problems.

When the dust finally settles, as it should at some point toward the end of 2022, we’ll have more of an apples-to-apples comparison. Also, upcoming refreshed and next-generation models from both brands, including all-new EV offerings, along with the two respective automakers’ commitment to boost production, are bound to shake up the sales landscape as well. It’ll be interesting to watch, and GM Authority be here to report on it as it all unfolds.