If you’re into the Chevy Colorado and off-road builds, then this one is sure to delight. This prerunner pulls out all the stops, with lots of one-off components and custom fabrication work to create something truly special. 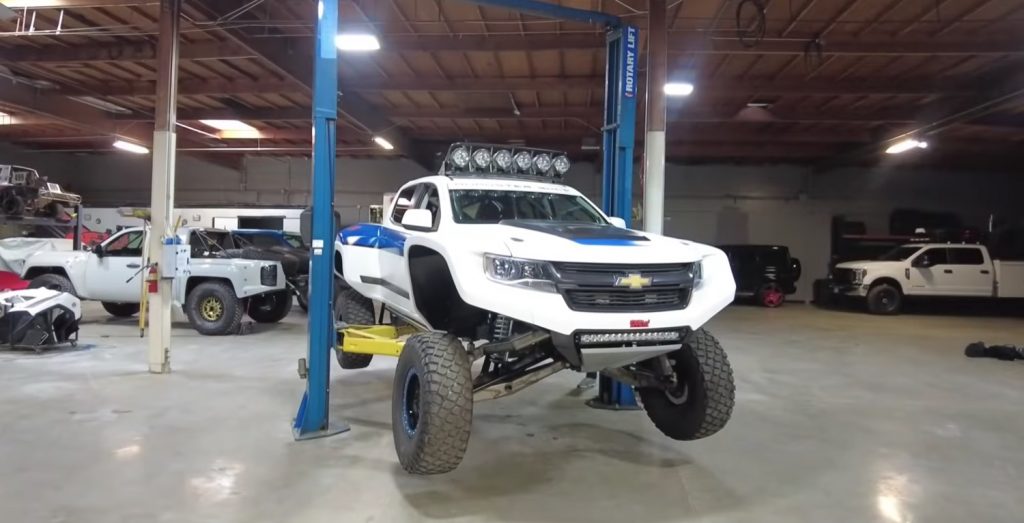 The video comes to us from the folks at Terra Crew, but the truck itself was lovingly built by hand by the folks at Roadster Shop in Illinois. Roadster Shop is best known for offering chassis and full Pro Touring Builds for various muscle car nameplates, which makes this off-roader an interesting direction for the custom shop. Clearly, though, the builders knew what they were doing.

Originally produced for a showing at SEMA, this Chevy Colorado has been lightly used thus far, even though it’s a fully capable vehicle. The only factory components that remain are the hood, cab, doors, and some of the dash. The rest of it was modified, upgraded, or a one-off component. 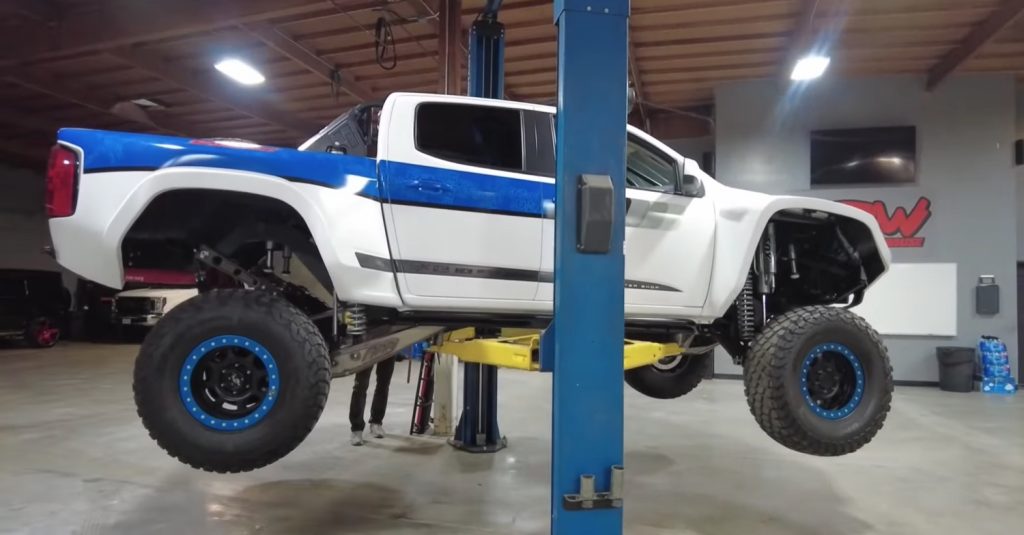 Outside is a bespoke design with an ultra-wide, pronounced prerunner style that incorporates custom steel components that keep the look of the factory Chevy Colorado intact – not an easy thing to do. This truck is now riding on beadlock wheels with massive off-road rubber, measured at 11 inches wide in the rear and 8 inches wide in the front.

Inside, there’s seating for four nestled between a full roll cage. Many of the surfaces are upholstered in suede, while the pilot has a detachable steering wheel, digital gauge cluster, and cutting brake to play with, the latter of which can lock up a single wheel for easy vehicle rotation. 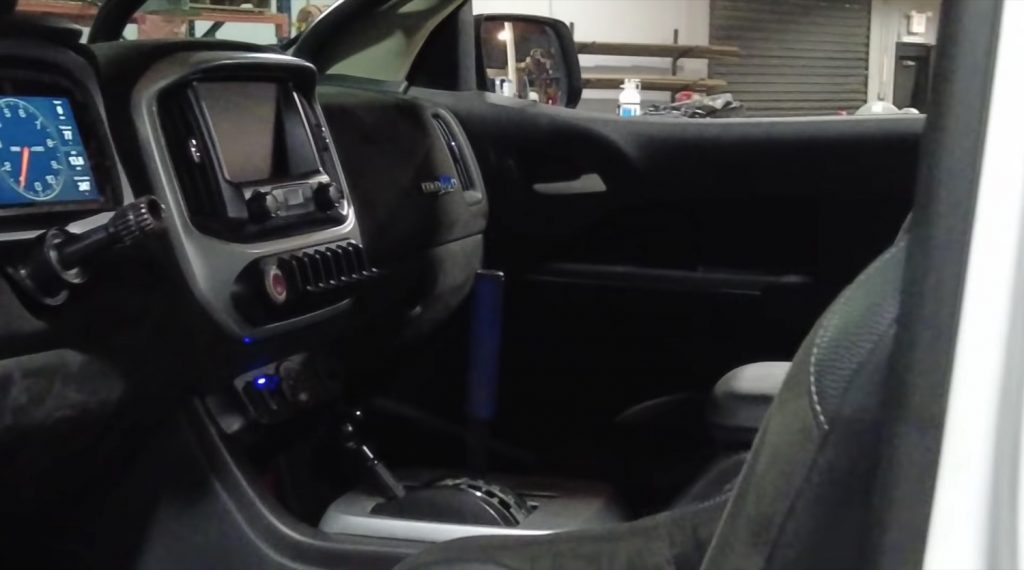 The motor is a built LS7 V8 with dry-sump lubrication, while suspension highlights include Fox components with a center-mount layout. With the truck on a lift, we get a taste of the massive amount of custom work that went into this thing – the word “extensive” only starts to cover it. Highlights include widened frame rails with a series of lateral supports, Wilwood brakes, and a Currie rear end.

The whole thing is very clean and well thought-out, even down to serviceability with easy access to critical components.

Check it out in-depth right here, and make sure to stick around until the end of the video for some high-speed antics on the local pavement: