With iconic style and timeless lines, the third-gen Chevy Impala is undoubtedly one of the most popular vehicles out there when it comes to building a lowrider, and now, we’re checking out this special example from Los Angeles that played a starring role in several music videos, including Nipsey Hussle’s “Higher.”

Once again coming to us from the folks at AutotopiaLA, the following feature video is a little over 10 minutes long, and includes some history behind the lowrider build, the car’s current owner, and of course, what the Chevy Impala looks like on the street while hitting switches.

This 1964 Chevy Impala now belongs to lowrider enthusiast Long Beach Lloyd, who also happens to own the 1961 Impala from the 2Pac music video “To Live And Die In L.A.” However, the ’64 featured here has some impressive history to it as well, as it was previously featured in the Nipsey Hussle music video “Higher,” as well as Ice Cube’s “Good Cop Bad Cop.” 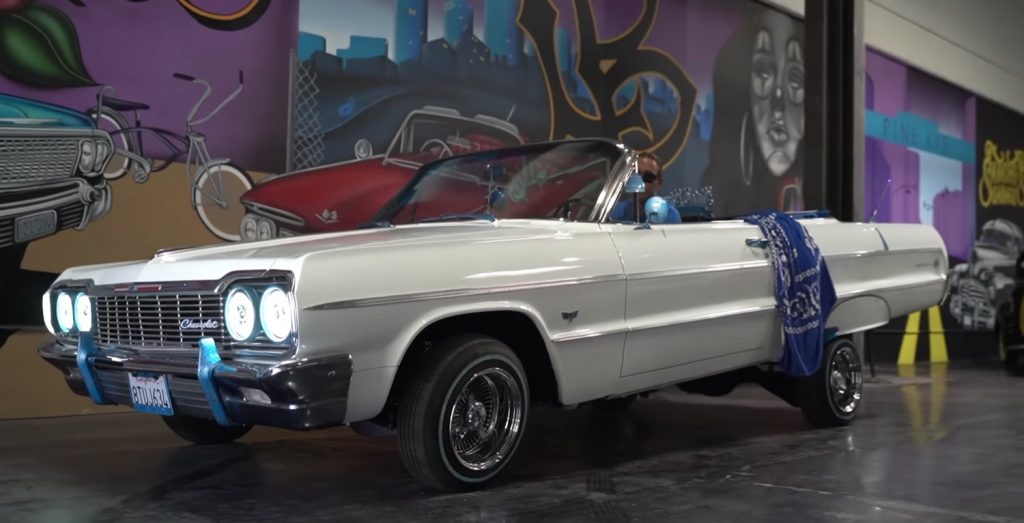 Finished in white paint with chrome trim, the Chevy Impala looks good, but in the time since he acquired the vehicle, Lloyd has added a few upgrades to it as well. Among these is a hydro-drip treatment for various components that give off a sort “blue bandana” aesthetic, with the custom treatment applied to the front bumper, sideview mirrors, door handles, rear fascia, and other pieces. The bandana print treatment is also continued in the corners around the tire walls. 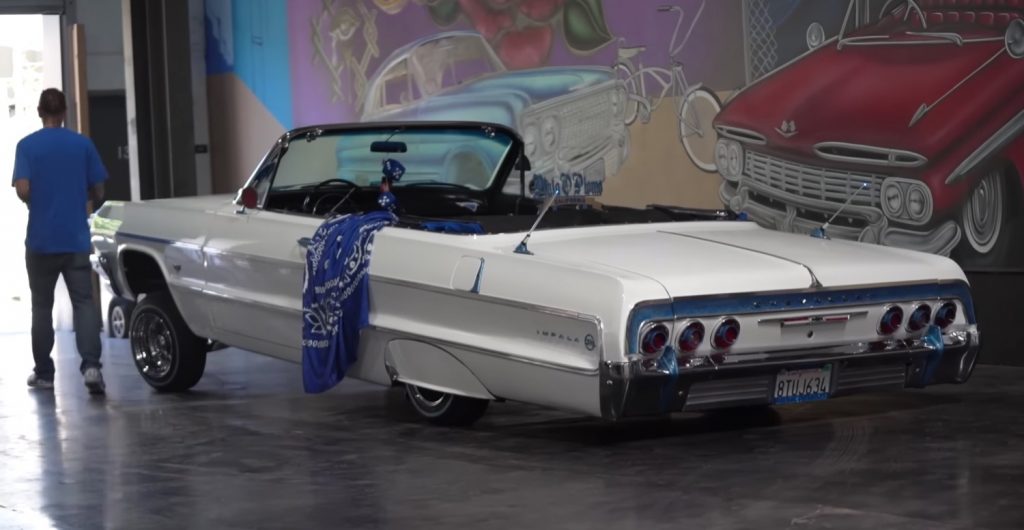 Further upgrades include new suspension bits, plus some refreshing for the 350 V8 under the hood. There’s also a set of disc brakes front and back. Although the car was originally equipped for hopping, Lloyd added the right stuff to make sure it could take repeated use without breaking. The interior is as it was when Lloyd originally bought it, although the blue top is new.

The end of the video puts the Chevy Impala on the streets of Southern California showing off what the lowrider can do. Check out the full video right here: