A car enthusiast has captured video of the C8 Corvette Stingray on display in central Milan, Italy as part of the Milano Monza Motor Show held earlier this month.

The Milano Monza Motor Show, or MIMS for short, is an outdoor auto show that allows car and motorcycle manufacturers to display their products in high foot traffic areas of Milan and the nearby town of Monza, which is home to the famous Autodromo Nazionale di Monza. This year’s edition of the event was held from June 16th to June 19th and included static displays of current-day vehicles from a wide variety of manufacturers, including Alfa Romeo, Citroen, Bentley, Chevrolet, Dodge, Honda, Hyundai, Mazda, McLaren, Mercedes-Benz and Pagani, among many others.

The C8 Corvette Stingray presented at MIMS this year was a Convertible model finished in the Amplify Orange Tintcoat exterior color. It was fairly well-equipped, featuring the Z51 Performance Package and the optional Carbon Flash painted roof and nacelles. Based on this video, the vehicle appears as though it was displayed in central Milan near the Duomo di Milano cathedral – a great place for the Vette to attract the attention of Italian locals and tourists alike. 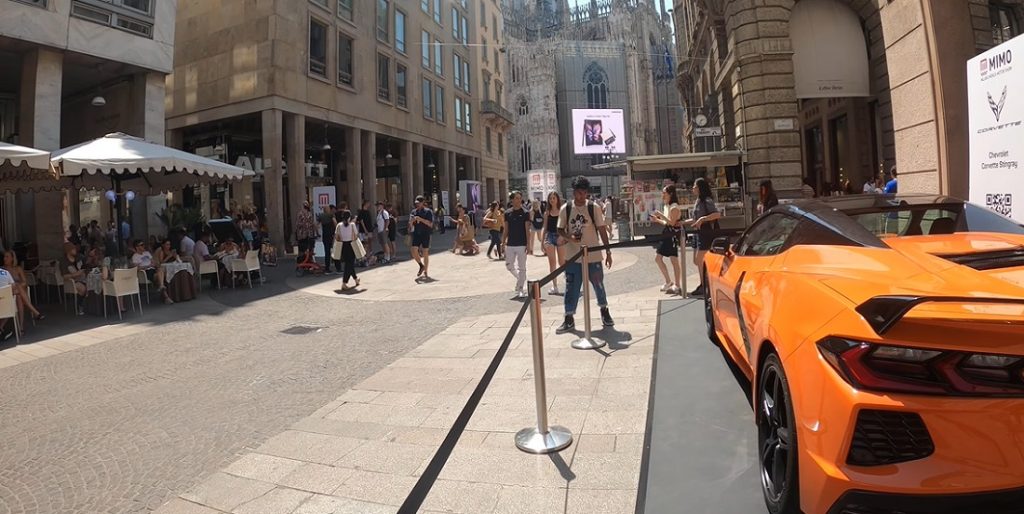 The C8 Corvette Stingray is currently the only vehicle in Chevrolet Italy’s lineup and is priced from 90,100 euros, according to the automaker’s website. While official sales of the model have yet to begin there, Italian customers can register interest in the American sports car via Chevrolet.it. Italian-spec C8 Corvette models will feature the same naturally aspirated 6.2L LT2 V8 engine and eight-speed dual-clutch transmission as U.S. spec models, helping to propel the sports car from zero to 60 mph in around three seconds and onwards to a claimed top speed of 194 mph.

Check out the video embedded below to see the C8 Corvette Convertible on display in central Milan as part of the 2022 Milano Monza Motor Show.