The Escambia County Sheriff’s office in Pensacola, Florida just added a 2017 C7 Corvette Z06 to their fleet. The high-performance sports car was seized from a felony suspect. The C7 Corvette Z06 was upgraded to look like a police cruiser and will now be used for community engagement purposes. 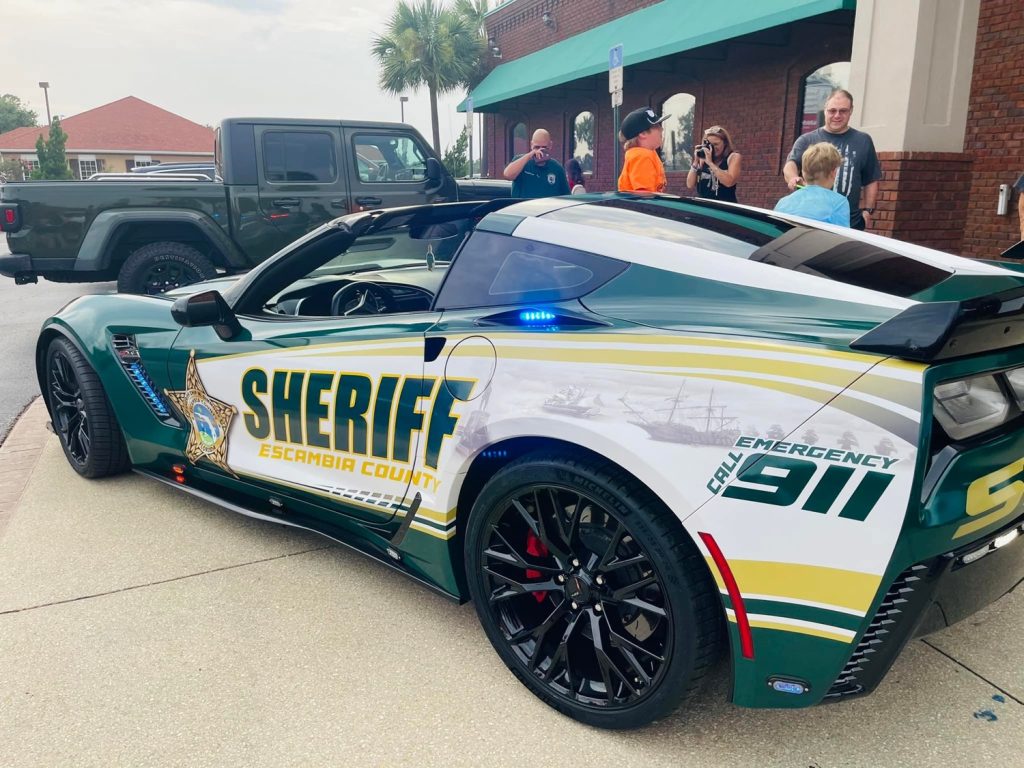 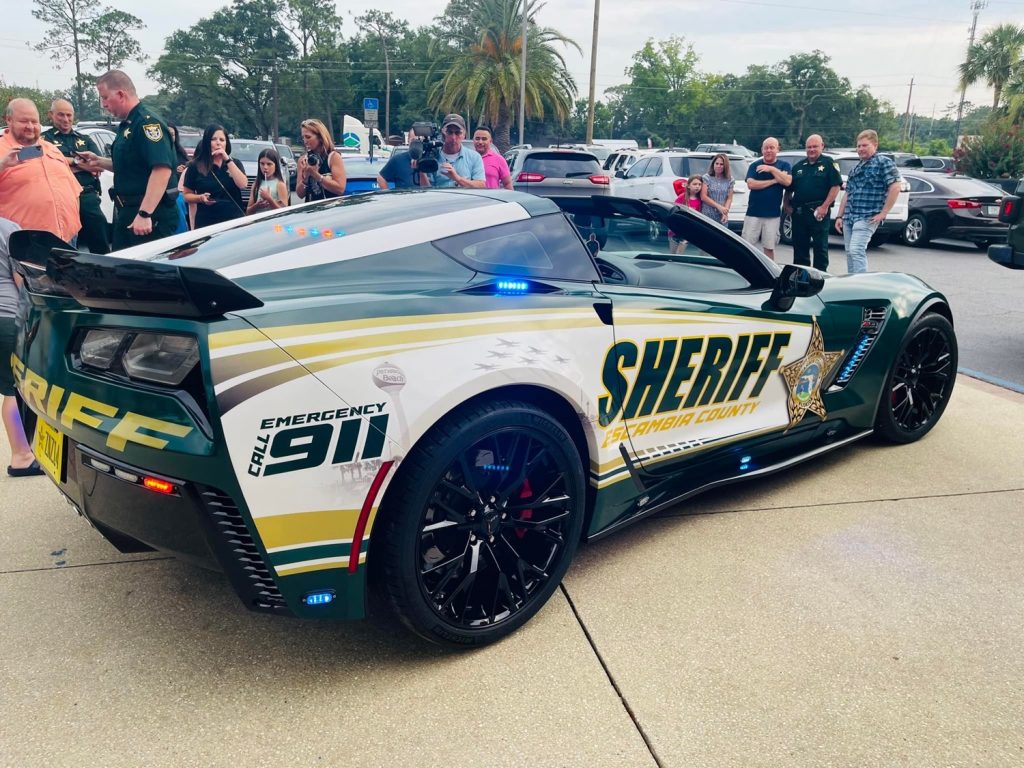 In addition to a new green-and-white wrap that covers the entire car with the Escambia County Sheriff logo and badge, making it look similar to a police cruiser, the C7 Corvette Z06 was also upgraded with a siren, as well as flashing red and blue lights around the perimeter of the vehicle. Details in the wrap include Pensacola Beach heritage throwbacks and various local attractions.

“There are police cars that we have that are designed to put bad guys in. This police car is designed to put the good guys in. We’re going to use it for public engagement, and again, it cost zero tax payer dollars,” says Sheriff Chip W. Simmons, whose name can be seen on the badge on the hood of the C7 Corvette Z06, during a social media video cast for the Dining For Deputies event.

Under the hood, the C7 Corvette Z06 is motivated by the supercharged 6.2L V8 LT4 gasoline engine, which is rated at 650 horsepower and 650 pound-feet of torque from the factory. The Z06 also includes a removable carbon fiber roof panel, an aggressive front splitter, a unique hood, and rear aero blades, as well as 19-inch wheels in front and 20-inch wheels in the rear.