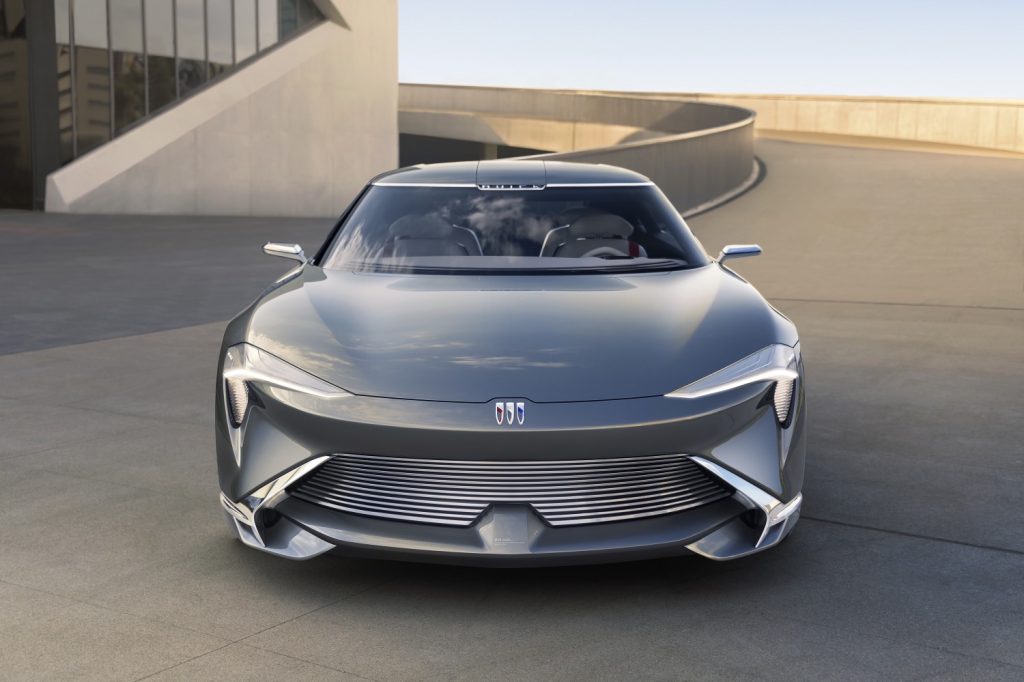 Now, the Buick Wildcat name is back with this fresh all-electric design study. The exterior of the new EV is characterized by a low, wide stance, cab-back proportions, and a coupe-like silhouette. The front grille incorporates wide, horizontally oriented grille bars, while the sharp, high-mounted headlamps are equipped with micro-LED lighting technology and thin-beam projector lenses. 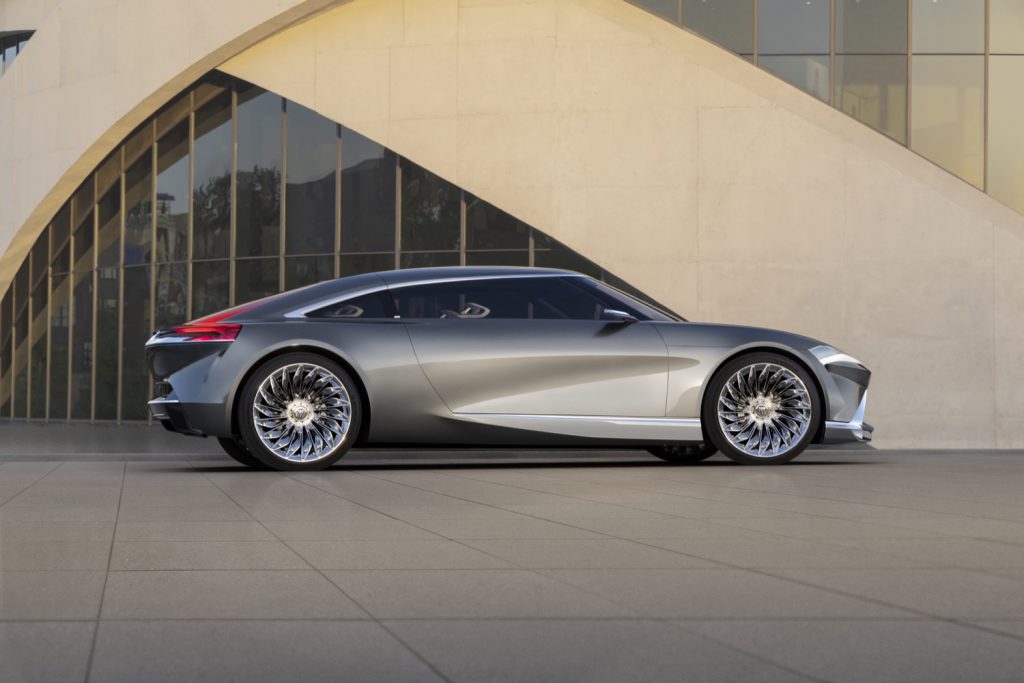 In the corners, the new Buick Wildcat EV concept rolls on Jet Age-inspired 18-spoke “turbine” wheels, while the greenhouse is characterized by wraparound glass that connects the windshield with the side windows.

Inside, the Buick Wildcat EV is laid out in a 2+2 seating arrangement, with Legato Green coloring applied to the footwells, dash, and door panels. White upholstery is added to the seats, steering wheel, and dash. Aluminum trim bits abound. The infotainment spec includes a wide, horizontally oriented screen that stretches from behind the flat-bottom steering wheel into the dash. 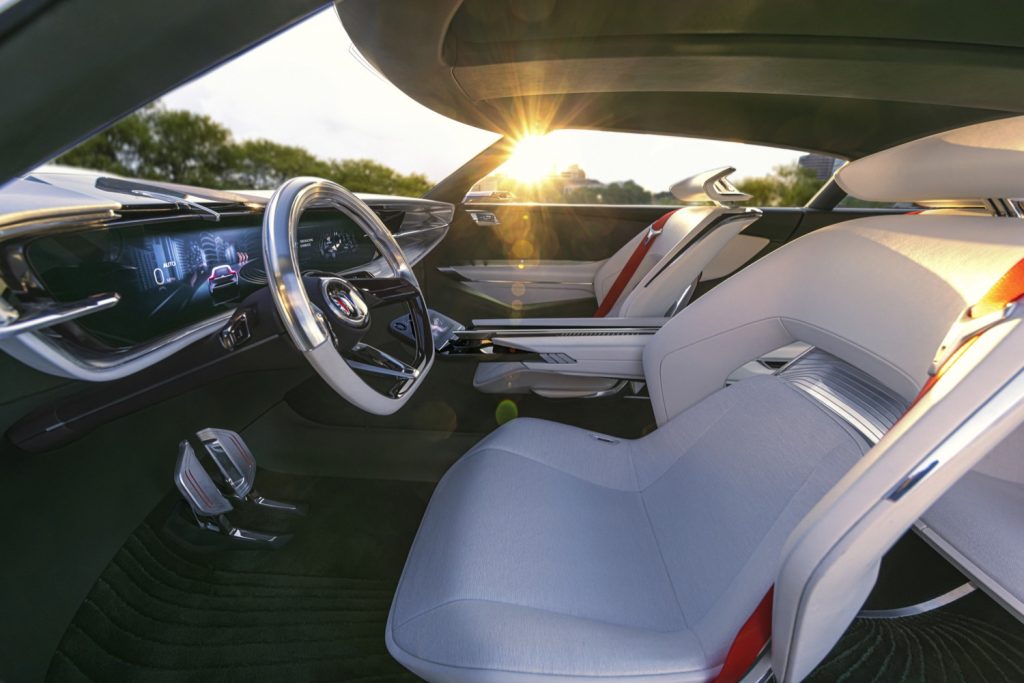 The Buick Wildcat EV also debuts new forward-thinking technology concepts that integrate artificial intelligence, biometrics, and aromatherapy. For example, the onboard systems will detect when the driver’s heart rate is elevated and will activate “Zen Mode,” dimming the cabin lights while activating the massage seats and dispersing a calming aromatherapy scent.

“The Wildcat EV concept represents the real design future for the brand,” said executive director, Global Buick and GMC Design, Sharon Gauci. “Buick has always been forward looking and this expression is a glimpse of where we’re going, and the optimism we have for the limitless possibilities of an electric future.”

The debut of the Buick Wildcat EV concept coincides with the reveal of a new Buick tri-shield logo, and the announcement that Buick will bring its first all-electric vehicle to market in North America by 2024.