Black bears are a very common sight in The Great Smoky Mountains – so much so that the official website for the town of Gatlinburg, Tennessee describes the creatures as an “iconic symbol” of the region and a “treasure” to the local community. While black bears are held in high regard among locals, the owner of a Chevy Equinox that was visiting the region recently had a rather negative run-in with one. 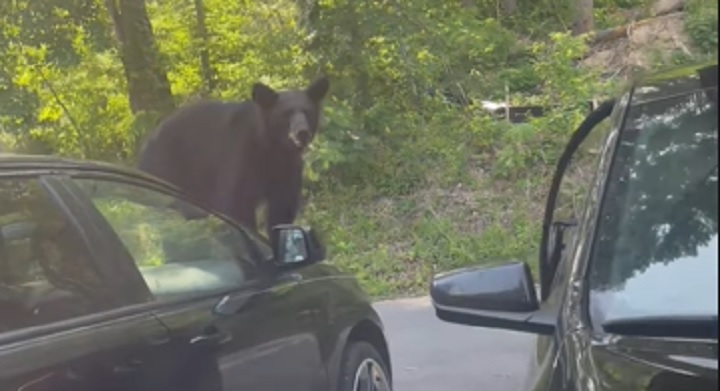 A video recently uploaded to the ViralHog channel on YouTube shows a black bear attempting to break into a Chevy Equinox by pulling aggressively on the compact crossover’s door. The video description, written by the surprised tourist that filmed the video, indicates this happened to another tourist’s vehicle at the Chalet Inn in Gatlinburg, Tennessee.

The group that captured the video said they called the local game warden after spotting the bear, who was able to trap the critter and relocate it. Police had allegedly been trying to locate this bear for some time after receiving similar calls from concerned citizens. 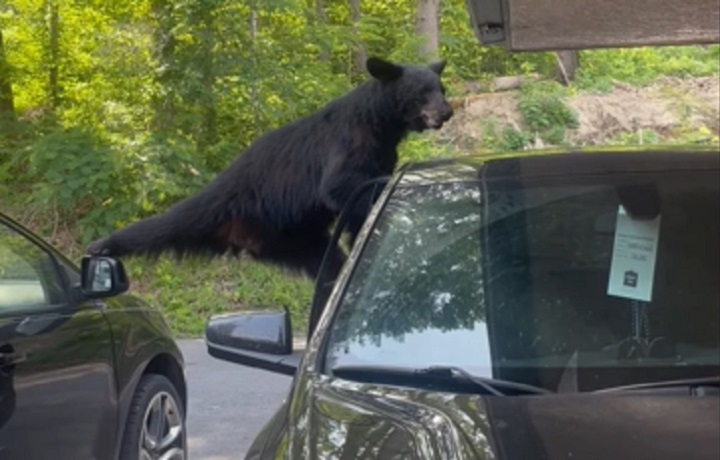 While this video is humorous, the town of Gatlinburg’s website provides some helpful tips for out-of-towners that may not have had close interactions with bears before. The city suggests residents and tourists never feed or place food to attract bears and to never leave food in their car or coolers outside. Grills and picnic tables should also never be left unattended, and trash should be placed in animal-resistant trashcans and dumpsters only. Bears inhabit all elevations of The Great Smoky Mountains National Park, with biologists estimating the park is home to more than 1,500 bears.

Check out the video embedded below and stay safe out there this summer, campers and road trippers!