The past couple of years have seen a run on low-mile examples of the 1987 Buick GNX. With collector car prices running amok, pristine GNX prices have gone through the roof. GM Authority has covered many of them, with six of those falling under my purview. The example we have today has fewer miles than any of the others we have previously covered. Before we get to it, let’s take a look at what makes a Buick GNX. 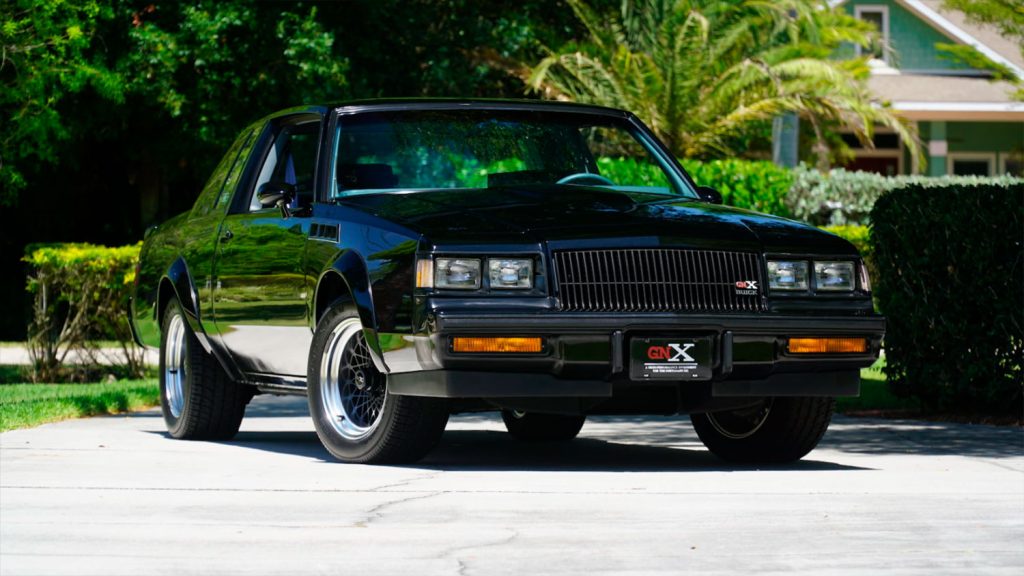 The 1987 model year was the last for the Buick Grand National, and as such, Buick wanted to make a statement with an ultimate expression of the car. Partnering with ACS/McLaren Performance Technologies, Buick converted a limited 547-copy run of Grand Nationals to create the Buick GNX (Grand National Experimental). 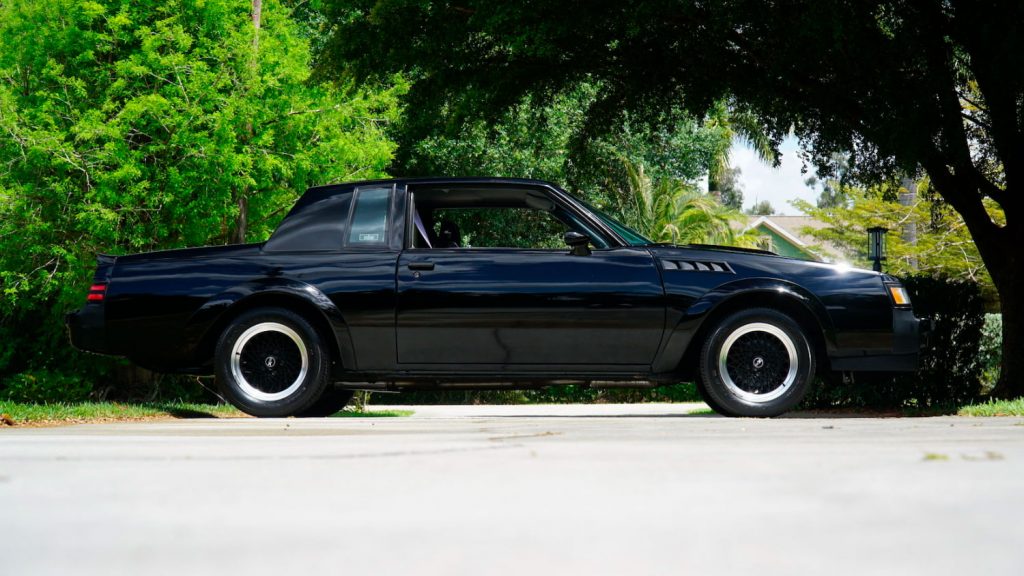 The Buick GNX was still powered by the turbocharged 3.8-liter V6 backed by a Turbo-Hydramatic 200-4R four-speed automatic transmission and a limited-slip rear diff, but with significant upgrades. An upgraded Garrett T3 turbocharger, a larger air-to-air intercooler, improved engine management controls, freer flowing cylinder heads, and a less restrictive exhaust all combined to push power to a claimed 276 horsepower and 360 pound-feet of torque. Given the leap in performance, those numbers seem woefully underrated. The GNX ran a 4.6 second zero-to-60 mph time, and blazed through the quarter-mile in 13.2 seconds. The 1987 Chevrolet Corvette, GM’s performance flagship, could only manage a 5.9 second zero-to-sixty and a 14.5 second quarter-mile time. 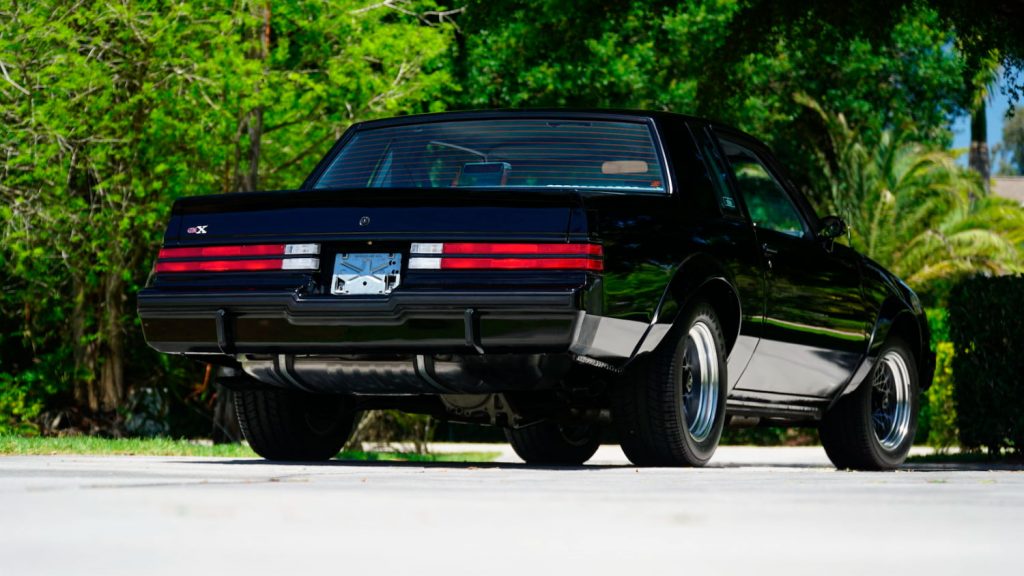 The Buick GNX was finished in the same monochromatic glossy black as the standard Grand National, but there a number of functional and cosmetic changes. Functional fender vents over the front tires helped engine compartment heat escape, composite fender flares helped accommodate the larger basket-weave wheels with polished lips wrapped in Goodyear Eagle VR50 tires, GNX badges appeared in the grille, trunk lid, and on the wheel center caps. 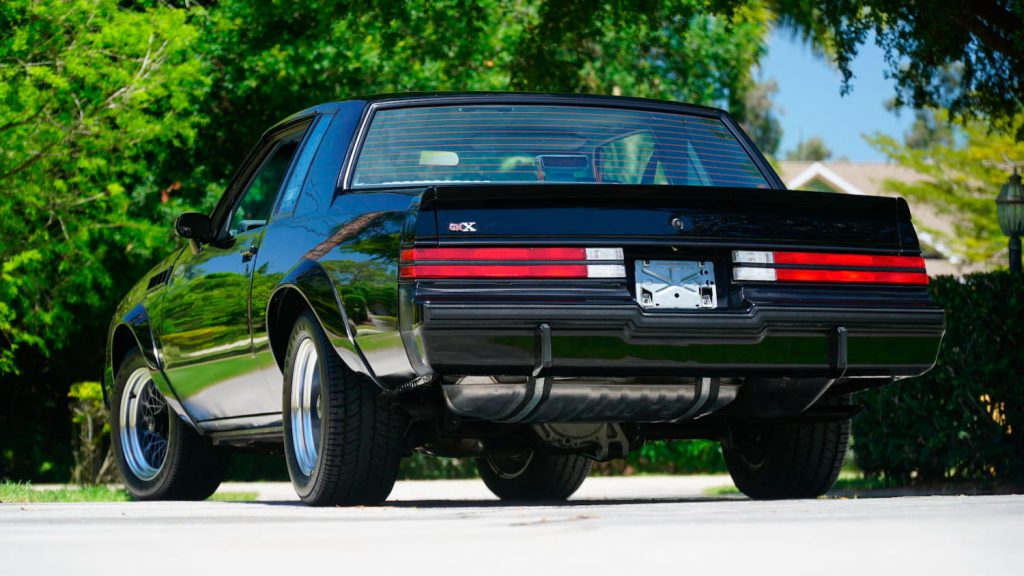 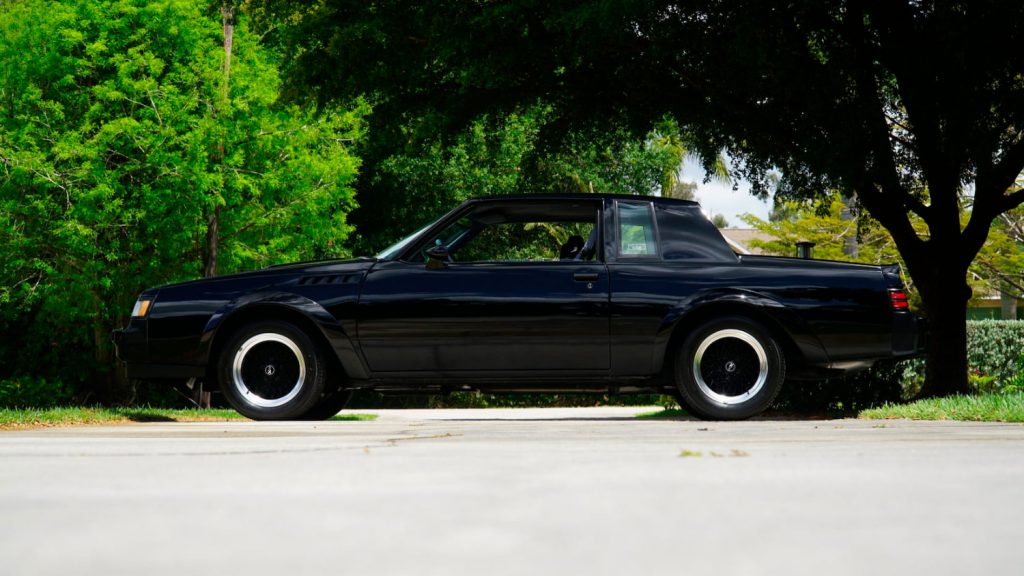 The Buick GNX interior had some changes from a standard issue Grand National. The analog/digital gauges were traded out for purely analog units from Stewart-Warner that included oil pressure, coolant, temperature, and boost level, all housed in a redesigned cluster. The seats were still covered in the black-and-gray cloth with the Buick “6” logo embroidered in the headrests. Other equipment included a Delco AM/FM/cassette stereo with premium sound, air conditioning, cruise control, and automatic power antenna. 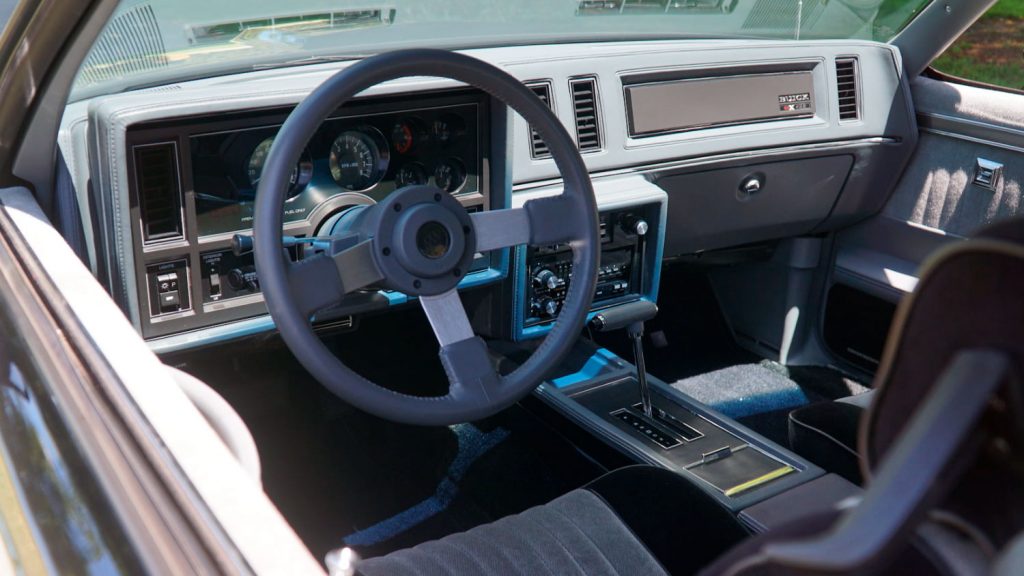 Our feature Buick GNX is number 422 out of the 547-copy run. It has covered just fifty-five miles from new. As one would expect, there is little to fault on a car that hasn’t turned over its first 100 miles. The interior is pristine, with no sign of wear or even wrinkling on the seat bolsters. The paint is glossy throughout, save for the polyurethane bumper spacers that inevitably fade with age. The engine compartment looks much as it would have on the showroom floor. This GNX is still every bit the ominous wolf-in-wolf’s clothing it was new. 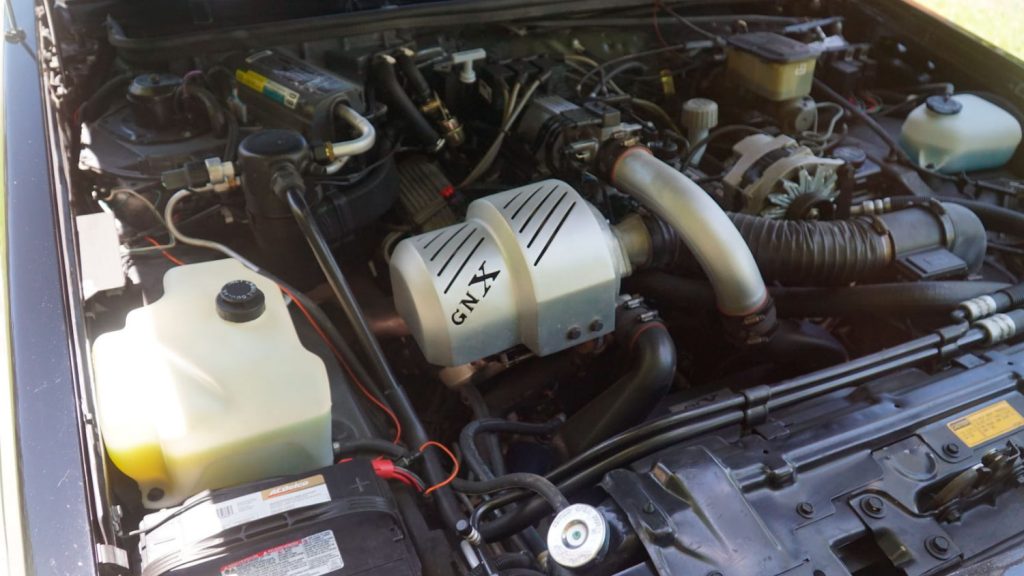 Included in the sale is a copy of the MSO, a GNX coffee table book, copy of the window sticker, dealer’s invoice, ASC documents, original Goodyear Eagle VR50 tires, and GNX jacket.

This exceedingly low-mile 1987 Buick GNX will cross the Mecum Auctions block at their Orlando, Florida event taking place July 6th through the 9th. 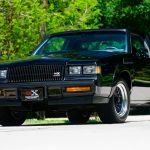 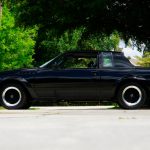 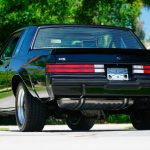 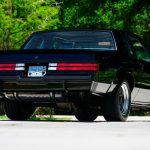 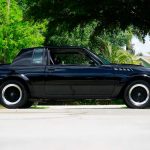 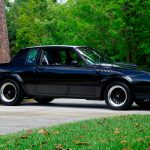 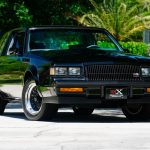 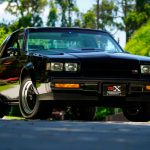 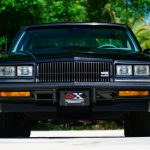 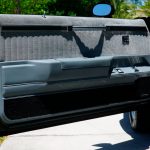 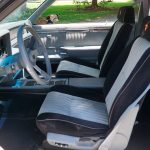 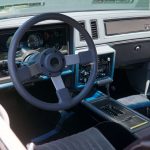 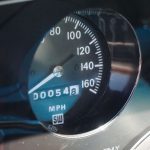 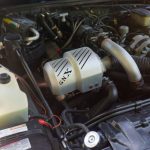