GM Authority spy photographers have caught a prototype for the next-generation 2024 Honda Pilot crossover testing on public roads, giving us an early glimpse of this future Chevy Traverse rival. 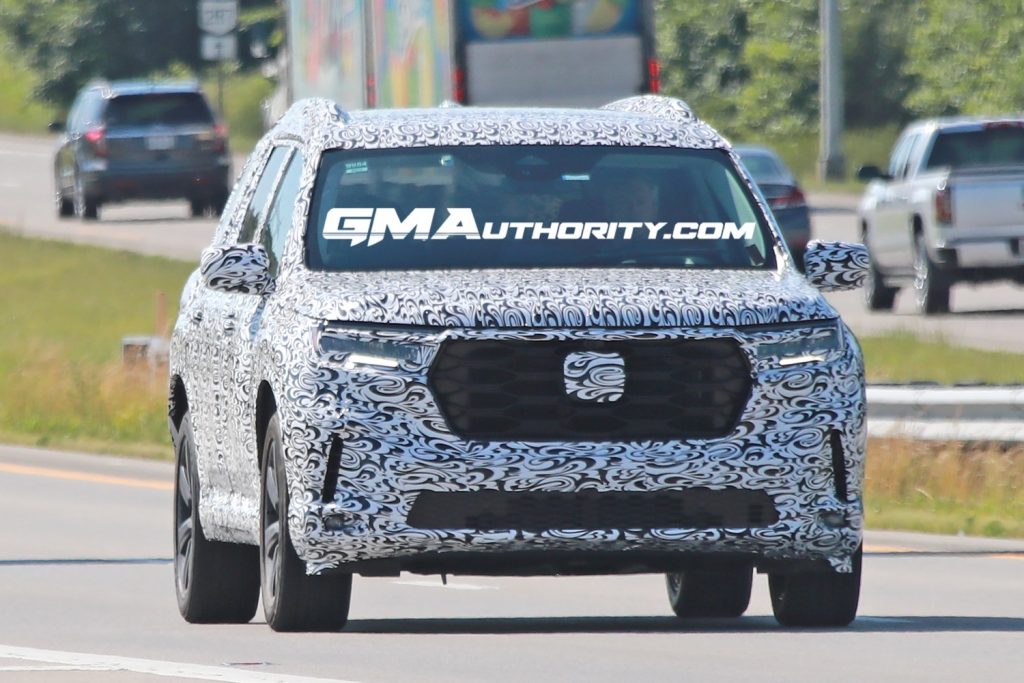 Judging by this prototype, the 2024 Honda Pilot appears to be fairly far along in its development, with this particular test vehicle boasting what look to be production-ready LED headlamps, as well as a production-ready grille. The skin-tight camouflage is doing a decent job at covering up some of the body lines, but we can tell the next-generation Pilot will stay mostly true to the current model with a very similar-looking silhouette. The front end is a bit tougher-looking, however, giving the crossover a bolder look thanks to its large, upright grille and flat hood. The rear has a bit more camouflage, with vinyl wrap completely concealing the vehicle’s taillights, although a sporty-looking hatch spoiler is present. 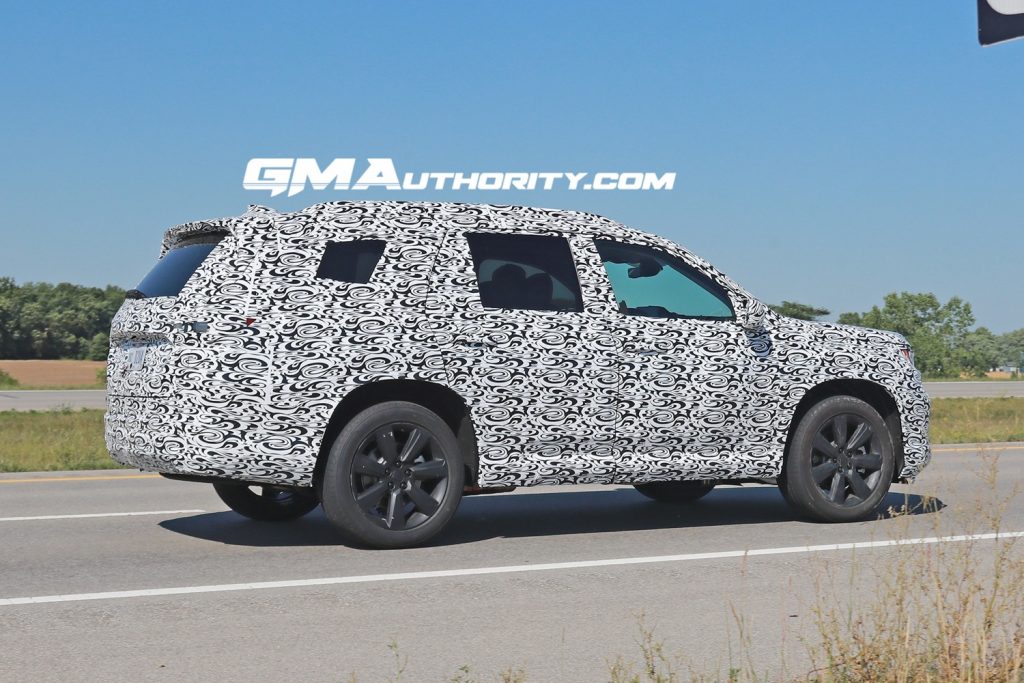 The next-gen Honda Pilot will tap the Japanese automaker’s Global Light Truck unibody platform that currently serves in the Acura MDX. It’s not clear if it will stick with the current model’s 280 horsepower 3.5L V6 engine, or if it will move to another more efficient Honda powertrain. It seems possible the Japanese automaker could offer a plug-in hybrid model in addition to the regular gasoline model, which could potentially utilize the same 2.0-liter engine and dual-motor setup as the current Honda Accord Hybrid. We also expect an overhauled interior with new infotainment and digital dashboard displays, along with new Honda Sensing active safety features. 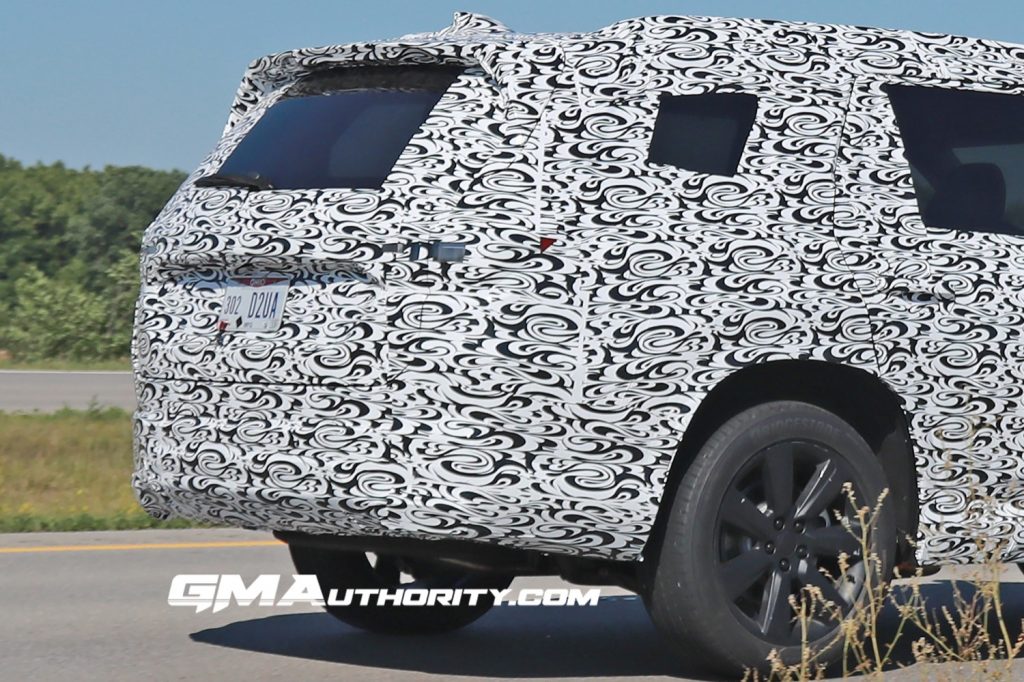 Honda sold 23,989 examples of the Pilot in the first quarter of this year. This put the Pilot just ahead of the Chevy Traverse in the mainstream large three-row crossover segment with regard to market share, which generated sales of 23,464 units over the same time period. The Toyota Highlander leads the way in this segment by a wide margin, generating sales of 66,026 units in Q1 of this year for a market share of 25 percent. 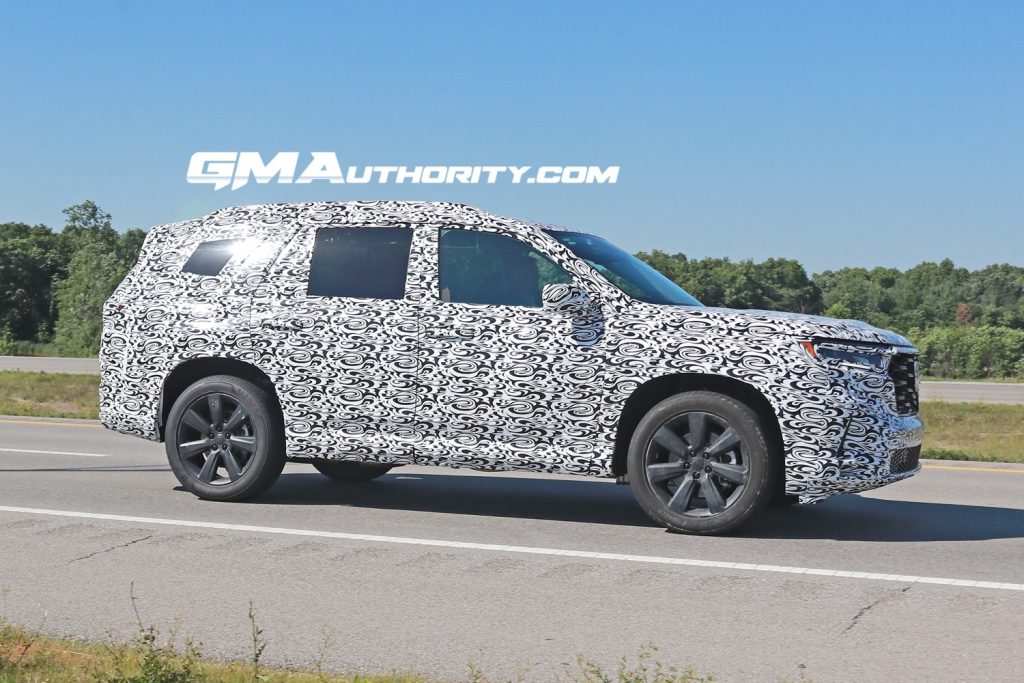 The next-gen 2024 Honda Pilot is expected to make its debut sometime later this year or in early 2023.