GM Authority spy photographers have captured photos of a next-generation 2024 Honda Accord prototype testing in public, giving us an early look at this upcoming Chevy Malibu rival. 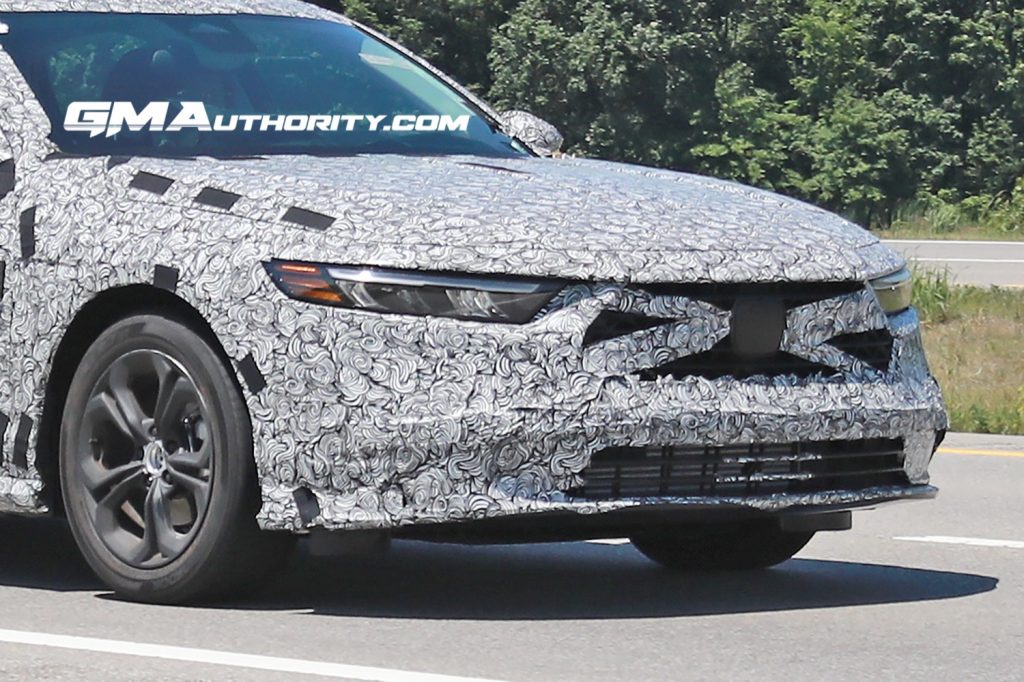 The eleventh-generation Honda Accord will utilize the same platform as the current model, with minor improvements and a restyled exterior that will take after the current Honda Civic, which was redesigned for the 2022 model year.

This 2024 Honda Accord prototype appears to feature production LED headlights, a placeholder grille, partially obscured production taillights and black-painted alloy wheels. The Accord will stick with its familiar three-box sedan shape, integrating a rearward sloping rear window and a short trunk decklid. 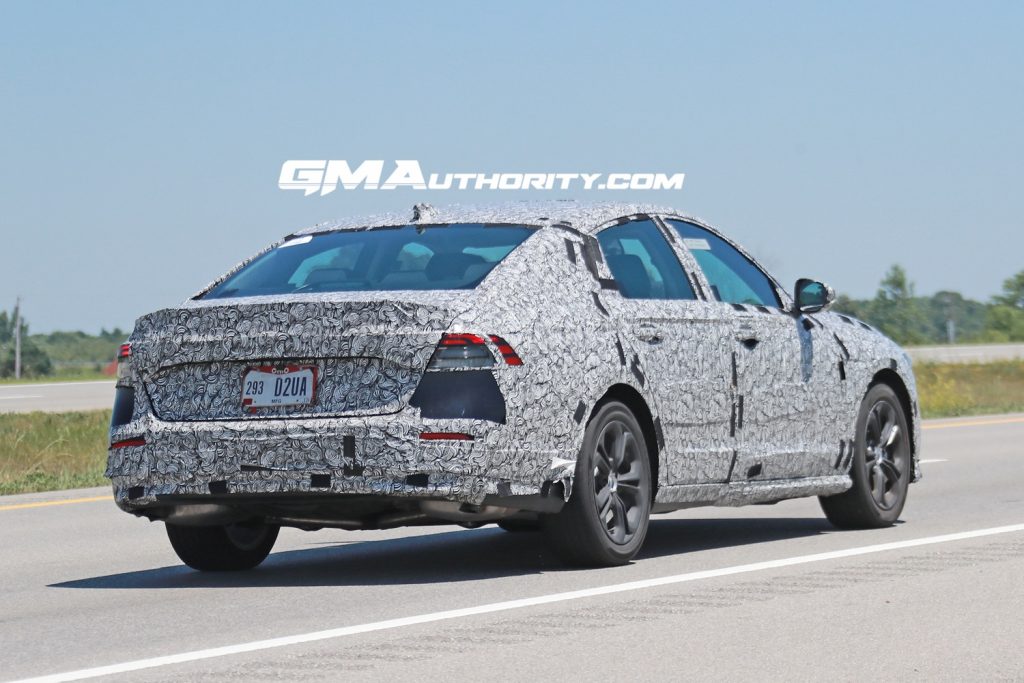 Major powertrain changes are not expected for this next-gen Honda Accord. The base version of the four-door will stick with its turbocharged 1.5L engine and continuously variable transmission, which may introduce some minor performance and/or efficiency improvements, while Honda’s new-found focus on hybrid vehicles will see an electrified powertrain return to the order books. It’s not clear if the turbocharged 2.0L engine and 10-speed automatic transmission will return to the vehicle’s order books. 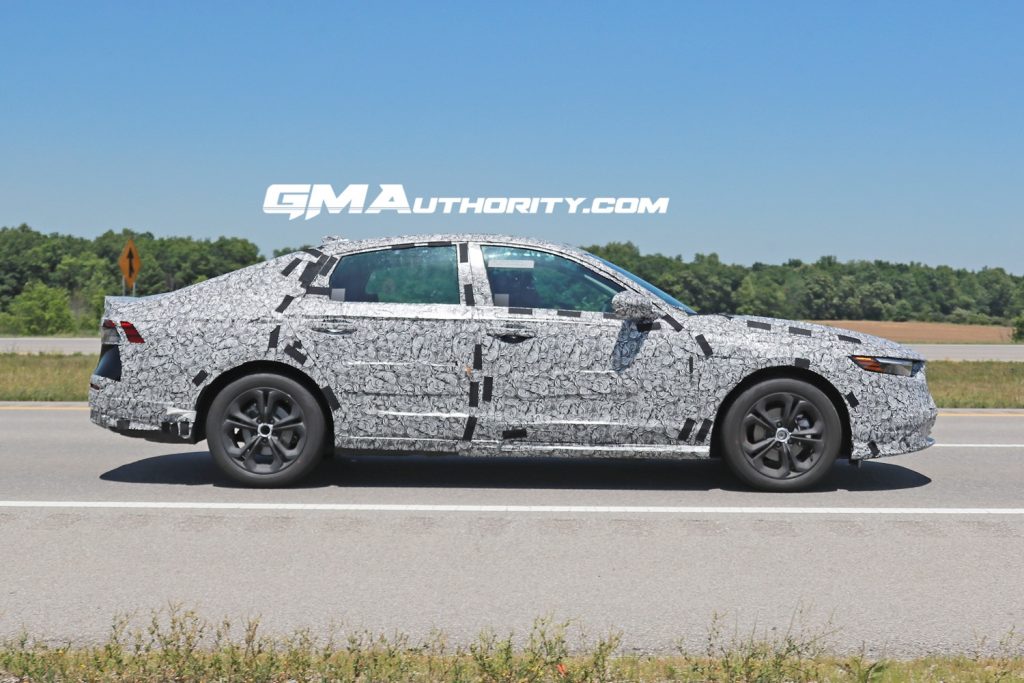 Inside, we expect the next-gen Honda Accord to take after the current Honda Civic from a styling standpoint. We also expect a new infotainment display screen and a new available digital dash display. 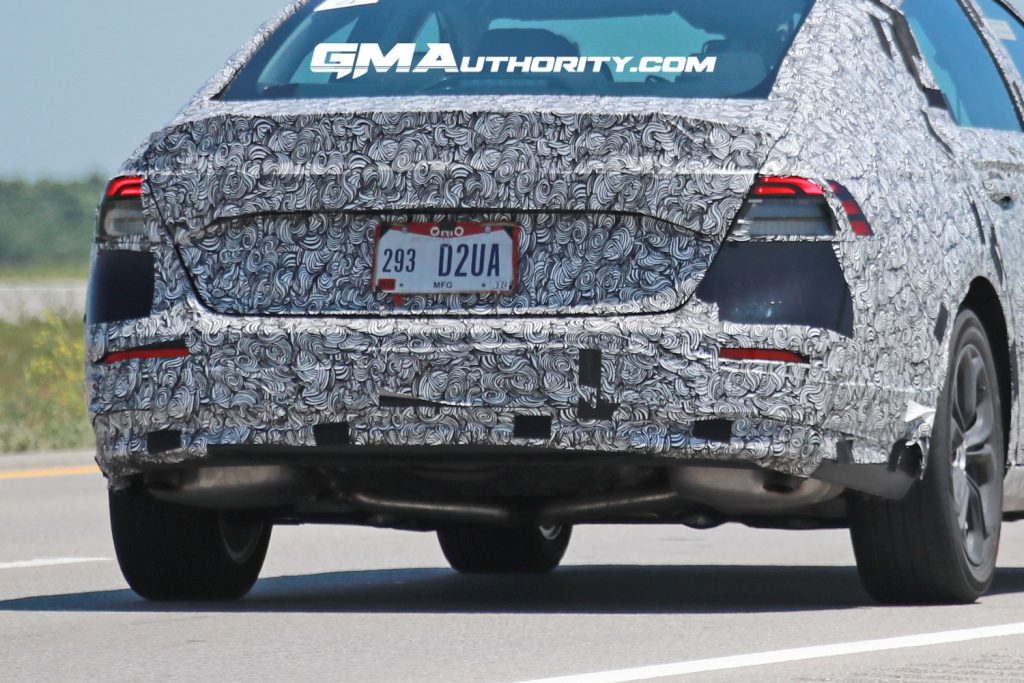 While the Honda Accord is receiving a comprehensive redesign to help cement its place as one of the mid-size sedan segment leaders, the Chevy Malibu is expected to be put to pasture at the end of the 2023 model year. It could be indirectly replaced by a new battery-electric Chevy passenger sedan at some point in the future, although this seems unlikely given the waning popularity of these vehicle types in comparison to crossovers, trucks and SUVs.

The 2024 Honda Accord will likely make its debut sometime in early 2023 ahead of an official arrival later that year.