General Motors is cooking up a full model refresh for the Chevy Silverado HD, slated to arrive for the 2024 model year. Among the updates set to drop with the refreshed model is the debut of the new 2024 Chevy Silverado HD ZR2, and now, GM Authority photographers have captured this Silverado HD ZR2 mule out and about undergoing testing. 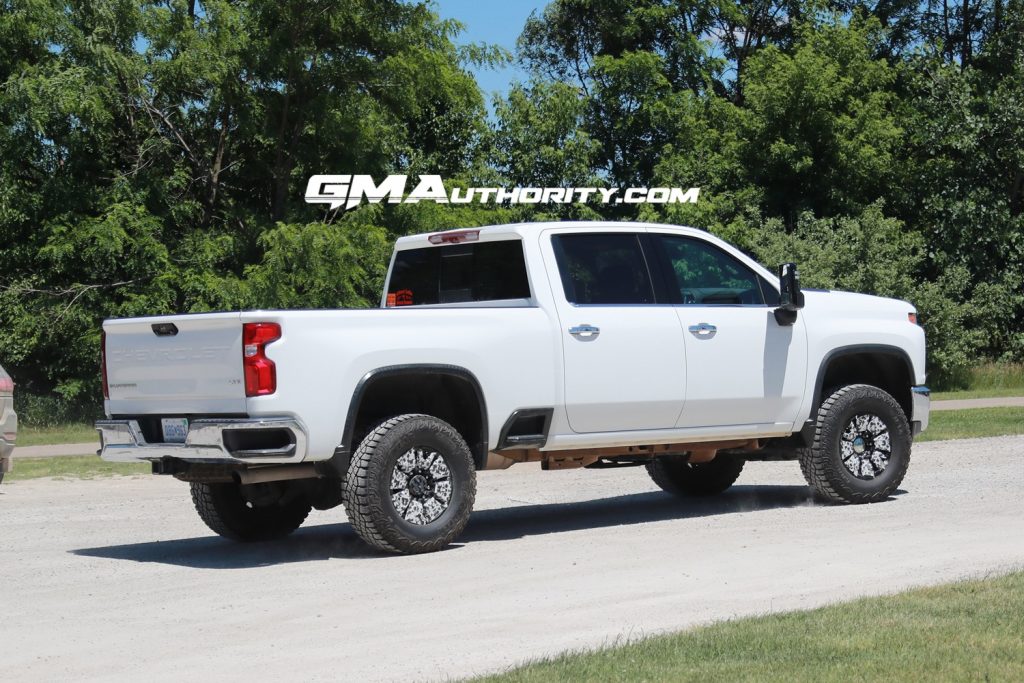 This particular 2024 Chevy Silverado HD ZR2 is a chassis mule, which means it isn’t equipped with the revised exterior, body components, or overhauled interior expected for the final production model. That said, this mule is equipped with camouflaged wheels, hiding what appears to be a new multi-spoke design. The camouflaged rollers are wrapped in Goodyear Wrangler Territory MT tires. 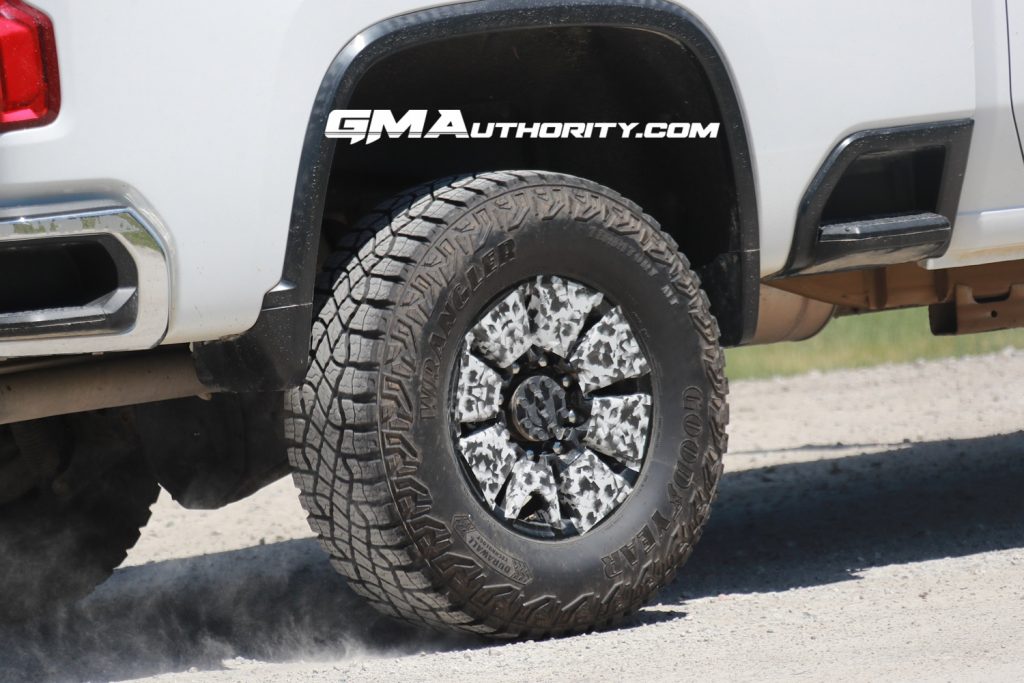 Final notables include a few rear window stickers, one of which reads “Silver Lake Sand Dunes,” referencing an off-road adventure park in Michigan. Silver Lake Sand Dunes offers several thousand acres of sand dunes on which to bash around, which means that it was likely the site of a test session for this particular 2024 Chevy Silverado HD ZR2 chassis mule. 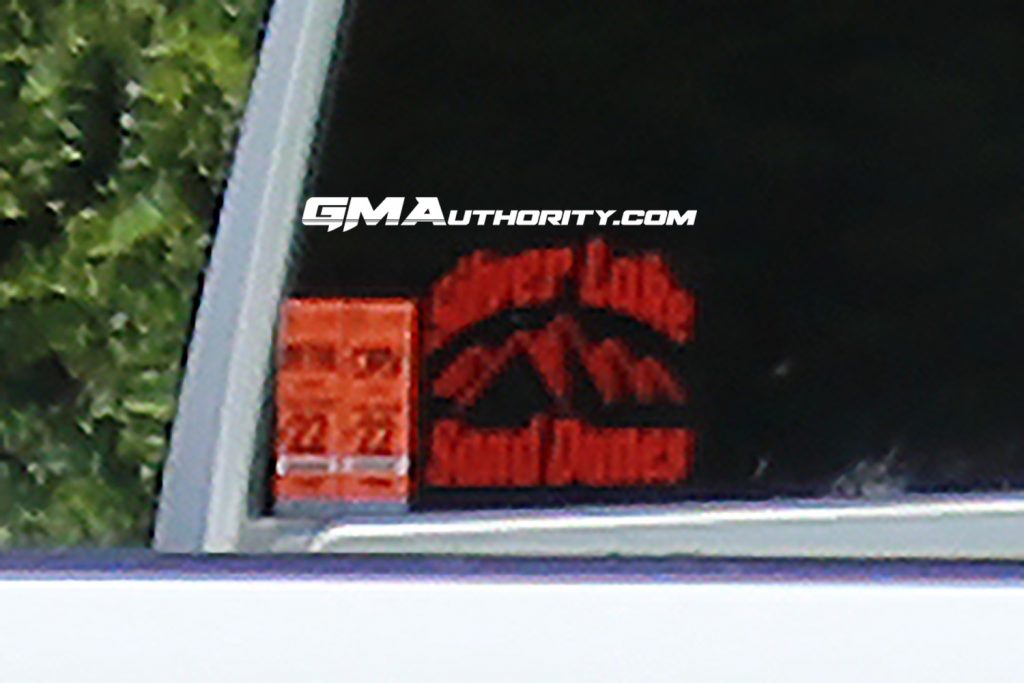 In addition to a new exterior, interior, and the introduction of the new Silverado HD ZR2 off-roader, the refreshed 2024 Chevy Silverado HD is also expected to offer up a few powertrain updates, including the introduction of the GM 10-speed automatic transmission as a replacement for the six-speed automatic currently paired to the naturally aspirated 6.6L V8 L8T gasoline engine, and a power boost for the 6.6L V8 L5P turbodiesel Duramax to a peak of 1,100 pound-feet of torque and over 500 horsepower.