GM Authority spy photographers have caught a prototype for the 2024 Chevy Silverado EV testing on public roads in Michigan, giving us a better idea of what this future battery-electric truck will look like in the real world. 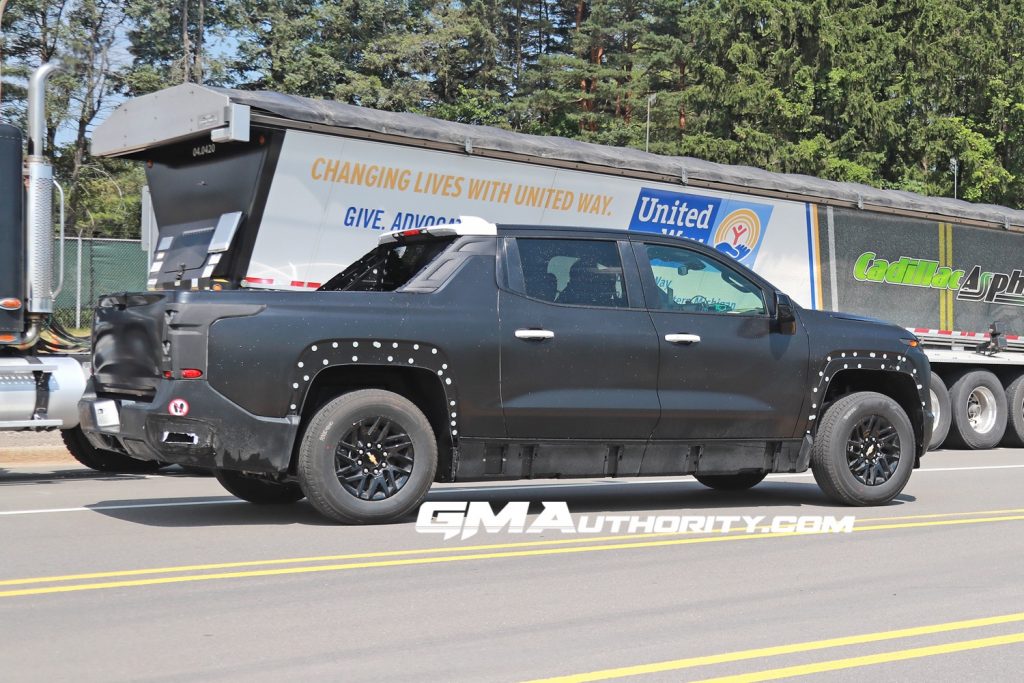 We’ve already seen the 2024 Chevy Silverado EV in the fleet-focused WT, sporty RST and off-road-ready Trail Boss trim levels, but this particular prototype does not appear to be based on any of those. We think this truck is actually the mass-market LT trim level based on the black plastic exterior trim components and the wheels, which appear to be relatively small at either 18 or 20-inches. We should note that this truck is not representative of the production Silverado EV, as it’s missing some exterior components like wheel arch cladding and has a set of placeholder headlights and taillights. 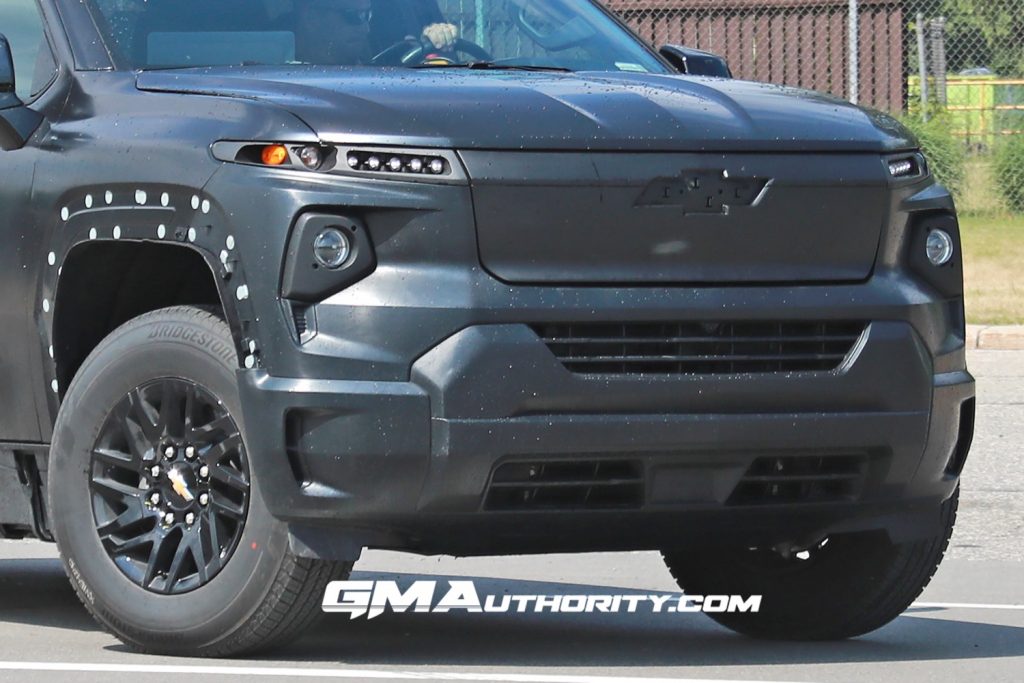 This prototype also has its CornerStep bumper blocked off with tape or vinyl wrap and has a ‘no step’ sticker sitting above where the opening for the CornerStep would be. This appears to be an oddity with this particular test vehicle, as the production Chevy Silverado EV will feature a CornerStep bumper. 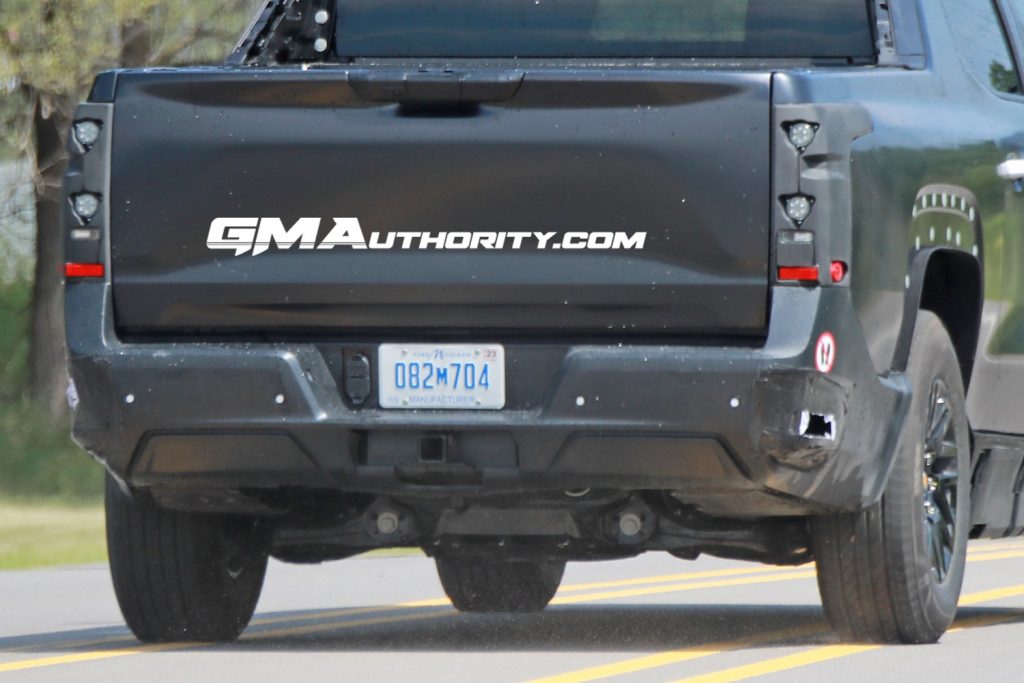 The first 2024 Chevy Silverado EV to arrive will be the WT trim level, which will enter production next spring. The fully-loaded RST First Edition, meanwhile, will be the next to arrive when it enters production in the fall of 2023. We expect other trim levels, like the Trail Boss and the LT potentially pictured here, to arrive at a later date. GM also said previously that it would “unleash the full Silverado EV portfolio,” once production for the WT and RST models ramps up, offering models in the $50,000, $60,000, $70,000 and $80,000 price ranges. 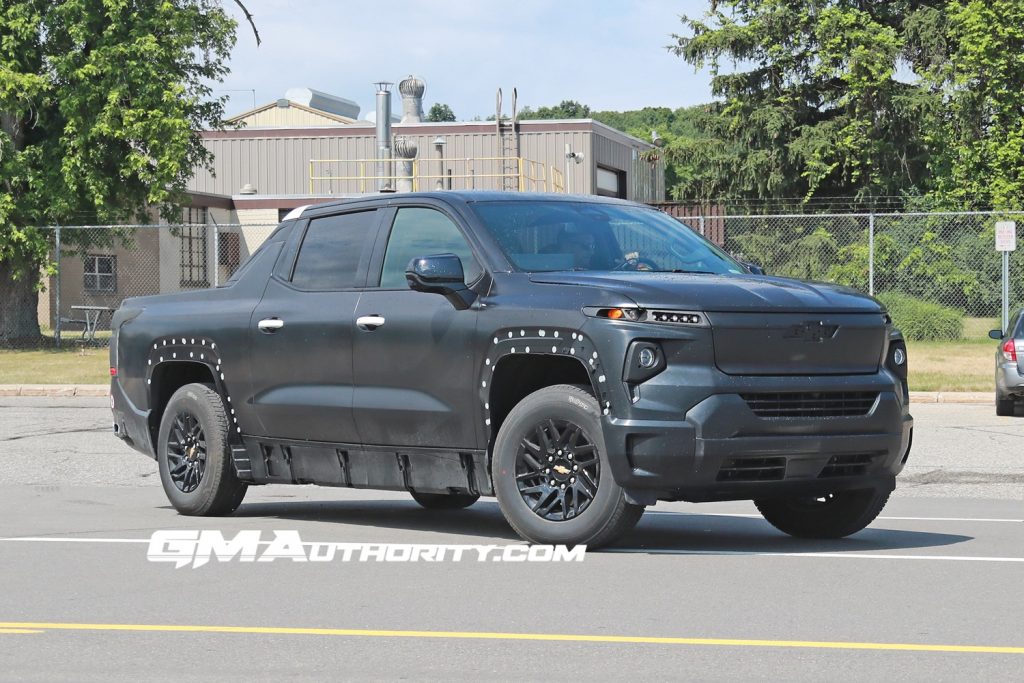 It’s not clear what powertrain setup will appear in other Silverado trims, however the WT trim will feature a dual-motor setup rated at 510 horsepower and 615 pound-feet of torque, along with a long-range Ultium battery providing a GM-estimated 400 miles of range. Power in the RST First Edition trim level comes from a more powerful dual-motor setup, which is rated at 664 horsepower and 780 pound-feet of torque in the available Wide Open Watts Mode. 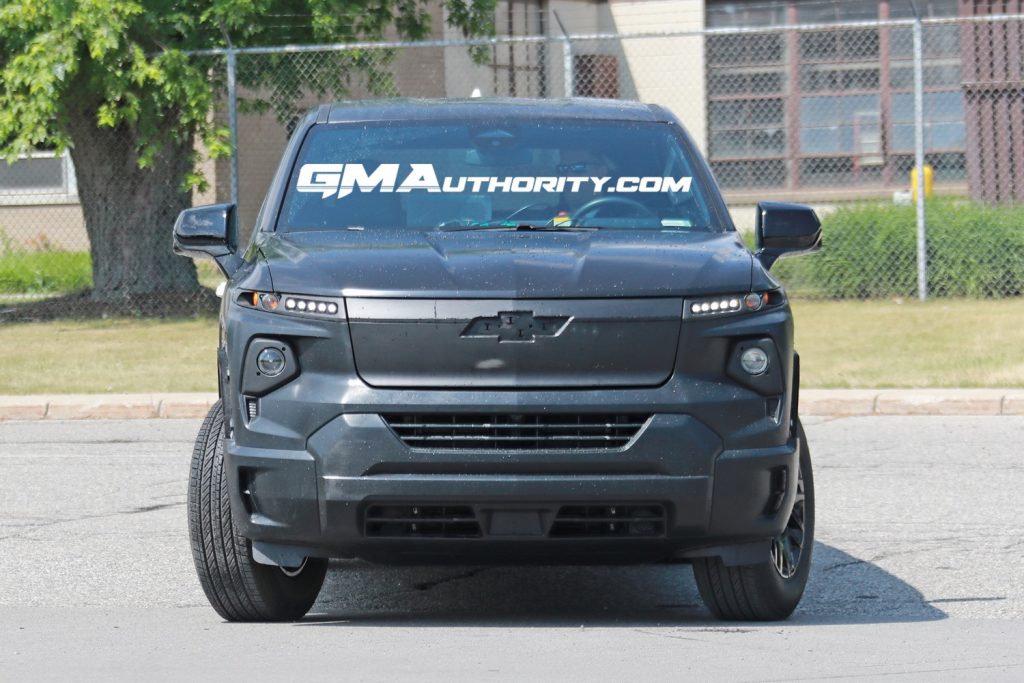 We’ll have more information on future 2024 Chevy Silverado EV trim levels and variants as soon as GM shares it, so be sure to subscribe to GM Authority for more Chevy Silverado news, Chevy news, GM electric vehicle news and around-the-clock GM news coverage.