The upcoming 2023 GMC Canyon has once again been spotted testing in prototype form, giving us another early look at the third-generation vehicle. This particular example, however, is a bit odd, sporting both on-road and off-road exterior cues. 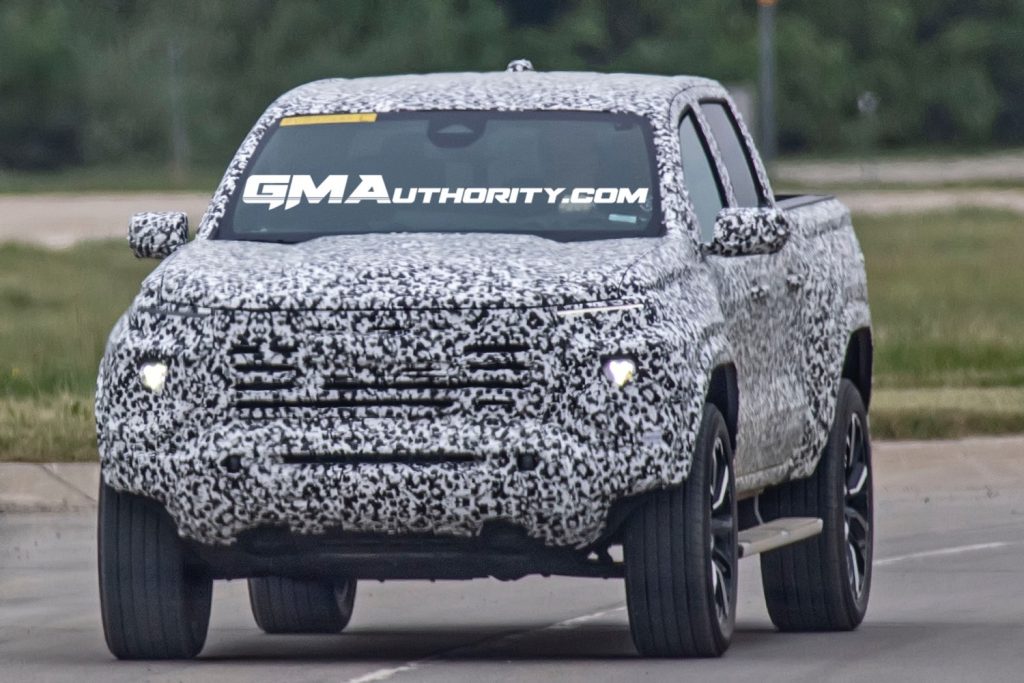 For those who may have missed it, GM Authority previously brought you coverage of a 2023 GMC Canyon AT4X prototype caught testing with tight, body-hugging graphic camouflage, as well as a set of red seat belts. This latest example, however, reveals a few new details worth examining, starting with a set of production headlights, with LED signatures up top, and the main forward illumination below. Also notable is the hood, which appears to boast new styling lines and contours that give it a more muscular appearance. 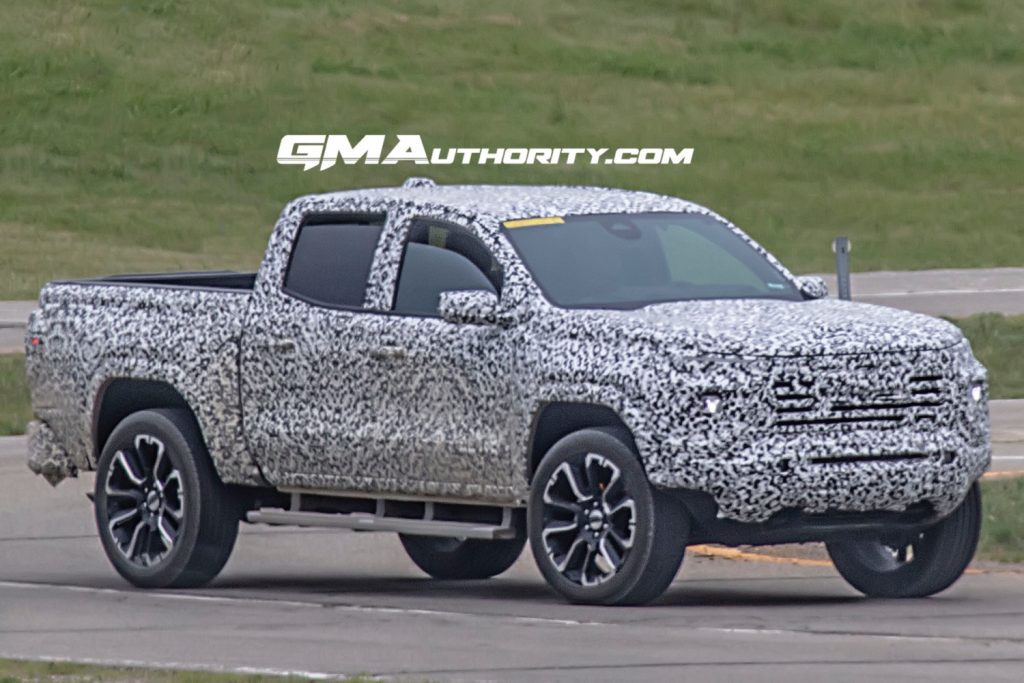 Critically, this 2023 GMC Canyon prototype is also equipped with a high-clearance front bumper, but despite this, there are several details that suggest the prototype is not an example of the AT4 off-roader trim level. The wheels are one indication, with a larger diameter than the 17-inchers found on the upcoming AT4X model, as well as matching low-profile tires. 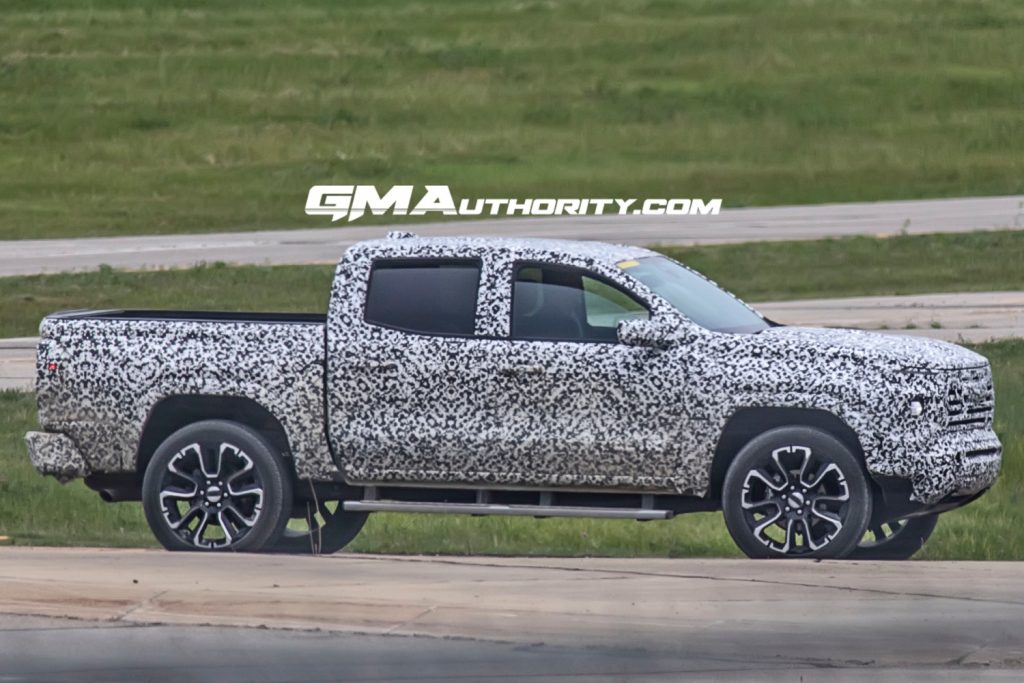 Previous 2023 GMC Canyon prototypes have been spotted wearing 20-inch wheels wrapped in 265/60R20 tires. Despite the thin sidewalls, this setup still yields an overall tire height of 33 inches, and overall, the new model should still offer an additional 2 inches of ground clearance as compared to the current Canyon AT4.

That said, this is still likely not the AT4. The large wheels and thin sidewalls are certainly one indication of this, but so are the low running boards, which undoubtedly delete some of the clearance on offer with that new front fascia treatment. 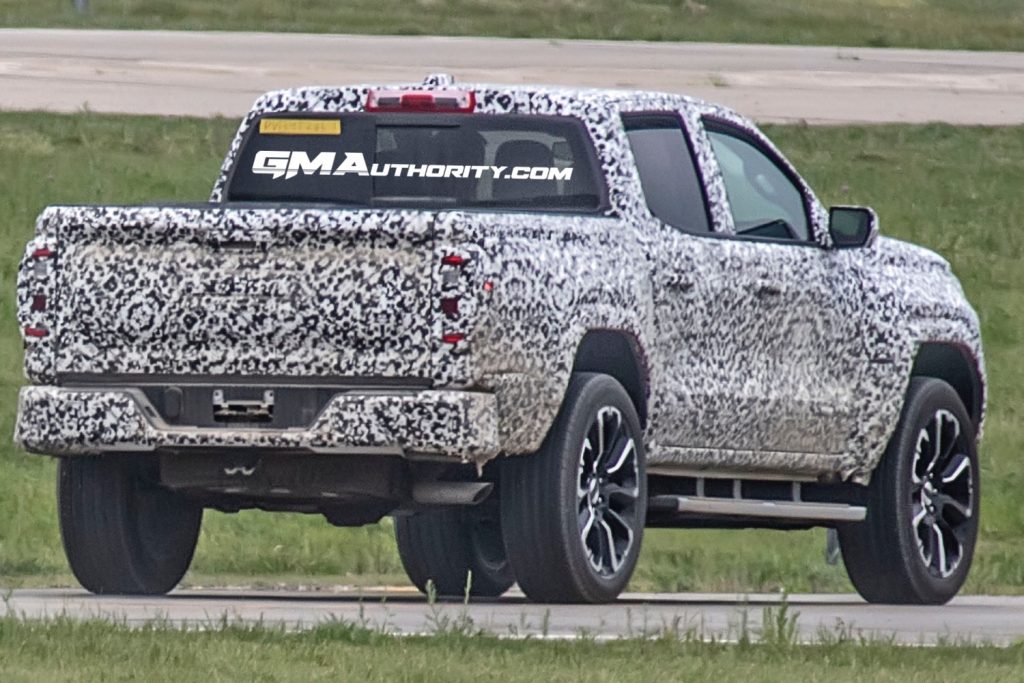 Finally, moving around to the rear, we see this new 2023 GMC Canyon prototype running a set of production taillights, which are covered in black-and-white camo, but still give us a rough idea what the final product could look like.

Under the skin, the 2023 GMC Canyon will ride on an updated version of the GM GMT-31XX platform, while GM’s Global B electrical architecture will enable the use of the automaker’s latest tech features. 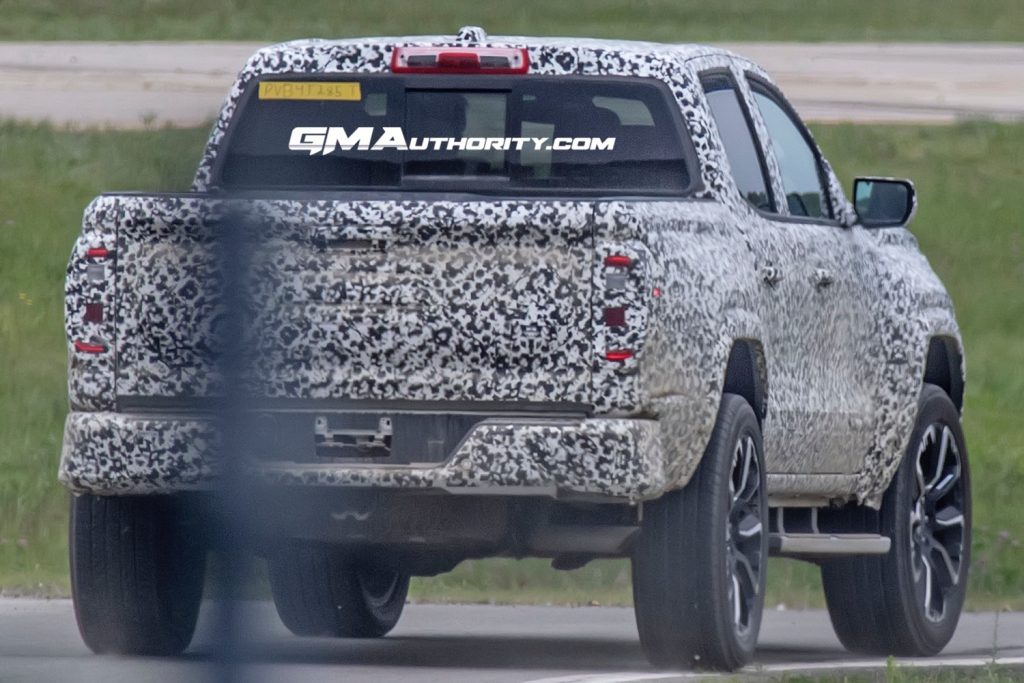 Motivation will be derived from the turbocharged 2.7L I4 L3B gasoline engine, while production will take place at the GM Wentzville plant in Missouri. Look for a full model debut this summer.