The 2023 GMC Canyon is poised to introduce a complete overhaul for the pickup truck nameplate, ushering in a fresh third generation. Now, it looks as though the 2023 GMC Canyon could offer red seatbelts on one or more trim levels. 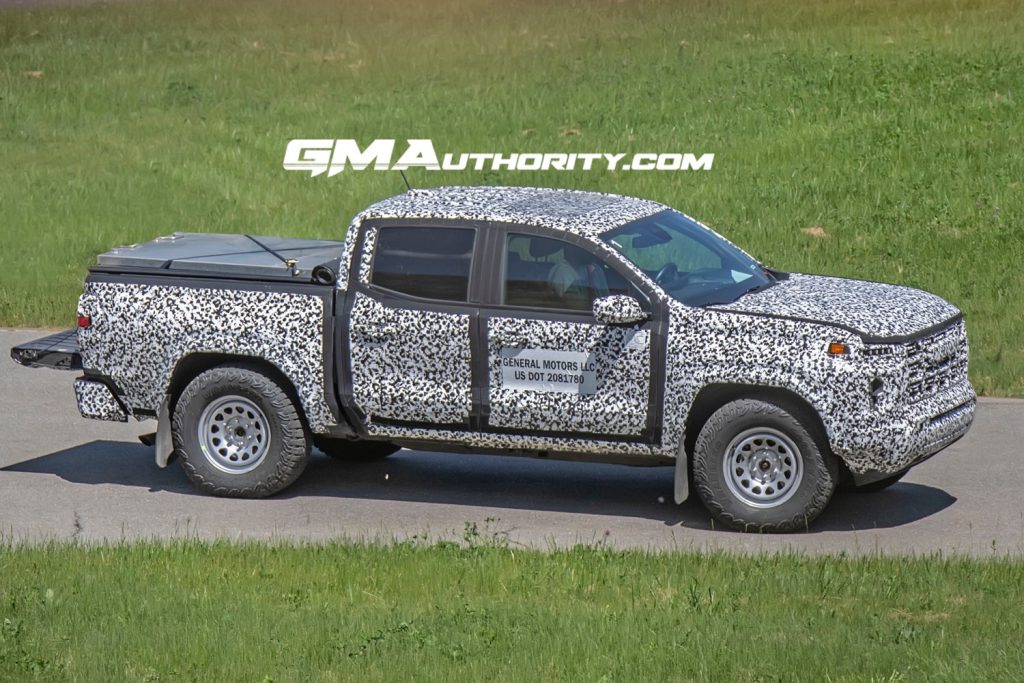 Per recent GM Authority spy photos, a 2023 GMC Canyon AT4X prototype was recently caught testing with the driver strapped in with a red seatbelt. Seeing this, we can speculate that the final production model may offer red seatbelts as well.

This isn’t the first time we’ve seen the upcoming third-generation 2023 GMC Canyon. GM released the first official teaser images for the 2023 GMC Canyon AT4X in April, confirming that the Canyon will be the second vehicle in the GMC brand lineup to gain an AT4X. The fully refreshed 2022 GMC Sierra 1500 was the first model to offer the AT4X trim.

In the teaser, GM acknowledged that the upcoming AT4X would be equipped with new badging, rocker protectors, and 17-inch beadlock-capable wheels. 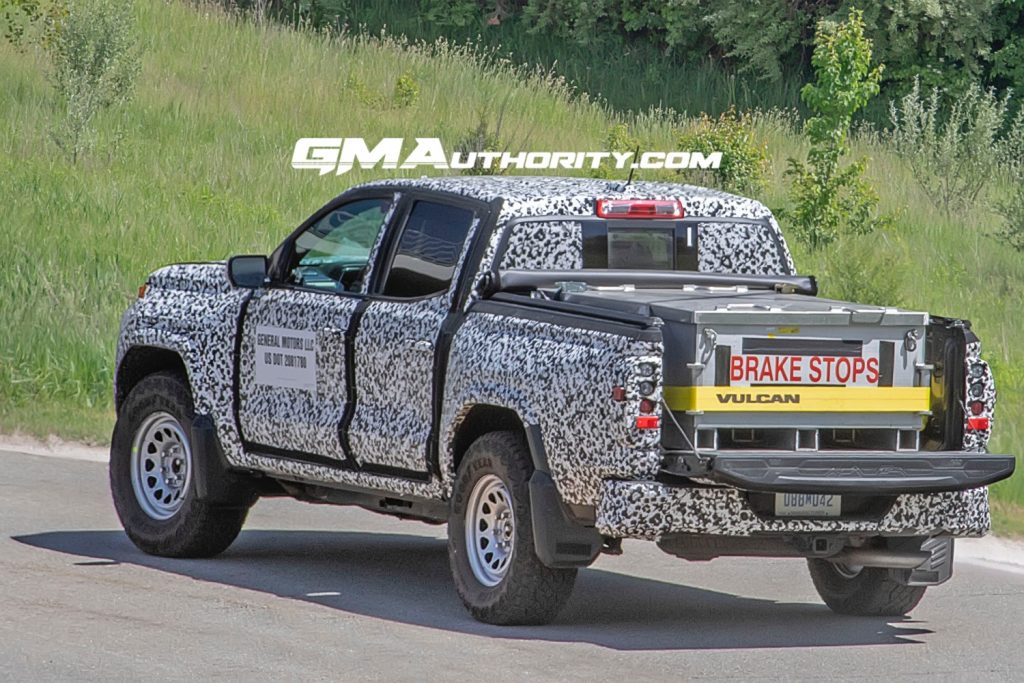 Prior to the release of this teaser, GM Authority brought you several rounds of spy photos showing the third-gen 2023 GMC Canyon out and about testing in prototype form. These latest spy photos, however, show the pickup without the usual black vinyl coverings, although the truck is still draped in black-and-white camo with placeholder headlights and taillights.

Further details specific to the 2023 GMC Canyon AT4X include Goodyear Wrangler Territory MT off-road tires, sized at 285/70R17, as well as the likely inclusion of MultiMatic DSSV dampers, as well as front and underbody skid plates. 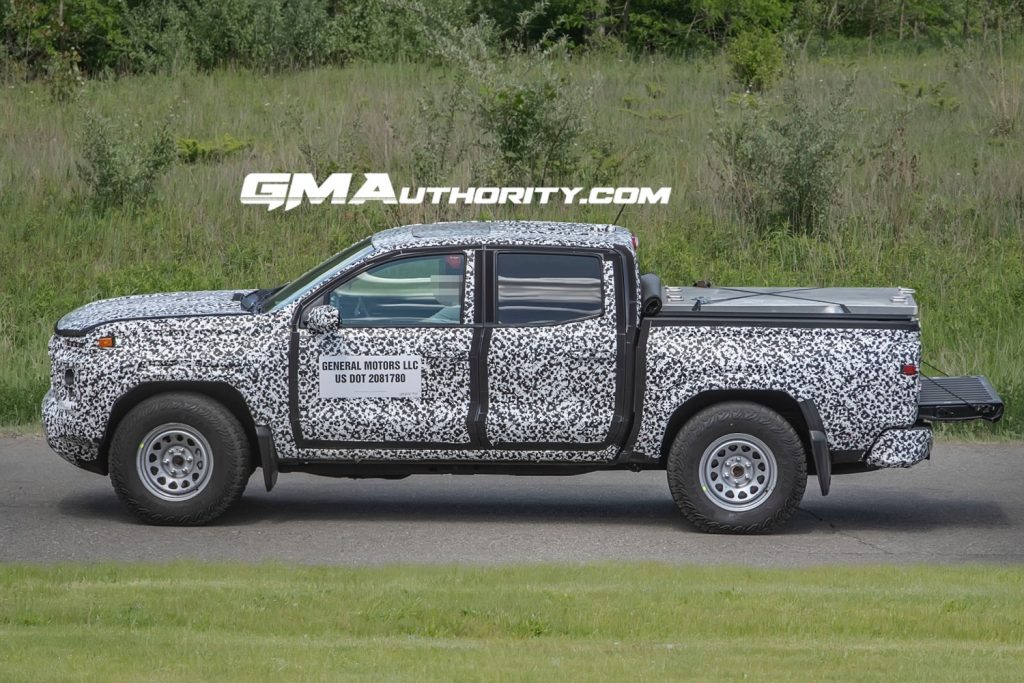 More broadly speaking, the 2023 GMC Canyon will ride on an updated version of the GM GMT-31XX body-on-frame platform, as GM Authority was the first to report, while the electrical will be handled by GM’s Global B architecture, which may enable the truck to offer the GM Super Cruise semi-autonomous driver assist system.

The new generation will also introduce a new exterior and interior treatment, as well as the all-new turbocharged 2.7L I4 L3B gasoline engine. The L3B is also currently offered in the GMC Sierra 1500, where it’s rated at 310 horsepower and 348 pound-feet of torque, mating to the GM 10-speed automatic transmission. 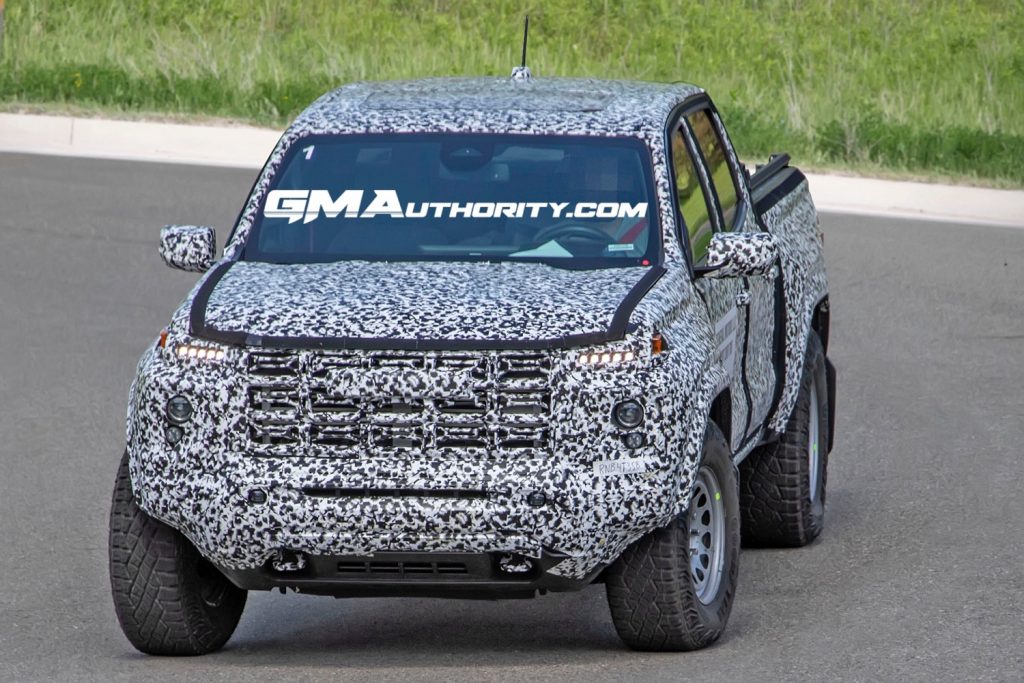 Production will once again takes place at the GM Wentzville plant in Missouri. Look for the next-gen 2023 GMC  Canyon to debut this summer.