Ever since the 2023 Corvette Z06 debuted last spring, it seems most Corvette fans have been thinking the same thing: “that’s great and all, but how much is it?” GM Authority is happy to report that loyal Chevy fans won’t have to wait much longer for an answer, with GM set to divulge full pricing details for the upcoming mid-engine supercar.

Not only will pricing for the 2023 Corvette Z06 likely be shared in the very, very near future, but the order books will also open shortly after this announcement. Chevy fans who want to get their hands on one of the quickest and most capable Corvette models ever produced should get their chequebooks ready, it would seem. For reference, the C7-generation Corvette Z06 1LZ Coupe started at $81,995. 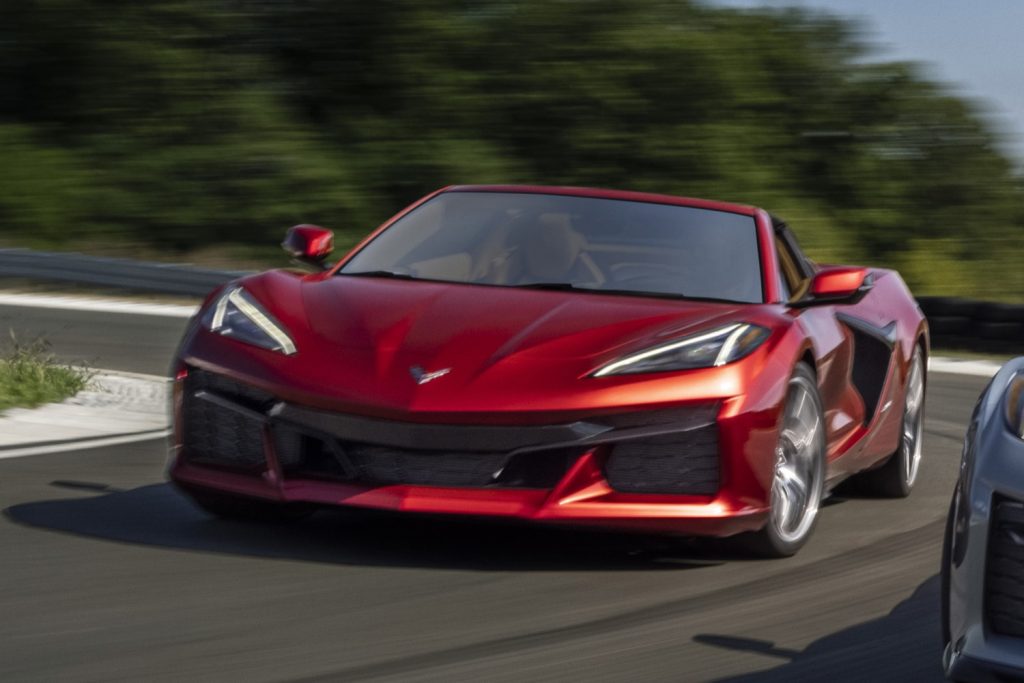 While production of the 2023 Corvette Stingray began late last month, this obviously did not apply to the high-performance Z06. Some highlights of the 2023 Corvette Z06 include an all-new naturally aspirated 5.5L V8 LT6 gasoline engine, rated at 670 horsepower and 460 pound-feet of torque, which boasts an impressive 8,600-rpm redline and a decidedly exotic-sounding exhaust note. The LT6 also features a flat-plane crank, active split intake manifold, twin 87 mm throttle bodies, and a race-inspired dry-sump oiling system.

Outside, the new Z06 is easily identifiable thanks to its widebody stance and revised aerodynamics, the latter of which can be upgraded further with the Z07 Performance Package. This track-oriented equipment group adds a full carbon fiber aero package, along with larger carbon ceramic brakes (coming in at 15.7 inches in front and 15.4 inches in the rear) along with stickier Michelin Sport Cup 2 R ZP tires and optional carbon fiber wheels.

The 2023 Corvette Z06 will be offered in both Coupe and Convertible body styles. Production will take place alongside the standard C8 Corvette Stingray at the GM Bowling Green plant in Kentucky.