The 2023 Corvette Stingray is the fourth model year of the Bow Tie brand’s eighth-generation sports car, introducing a few changes and updates over the preceding 2022 model year. Among these is the addition of a new Dark Stealth Crossed Flags emblem. 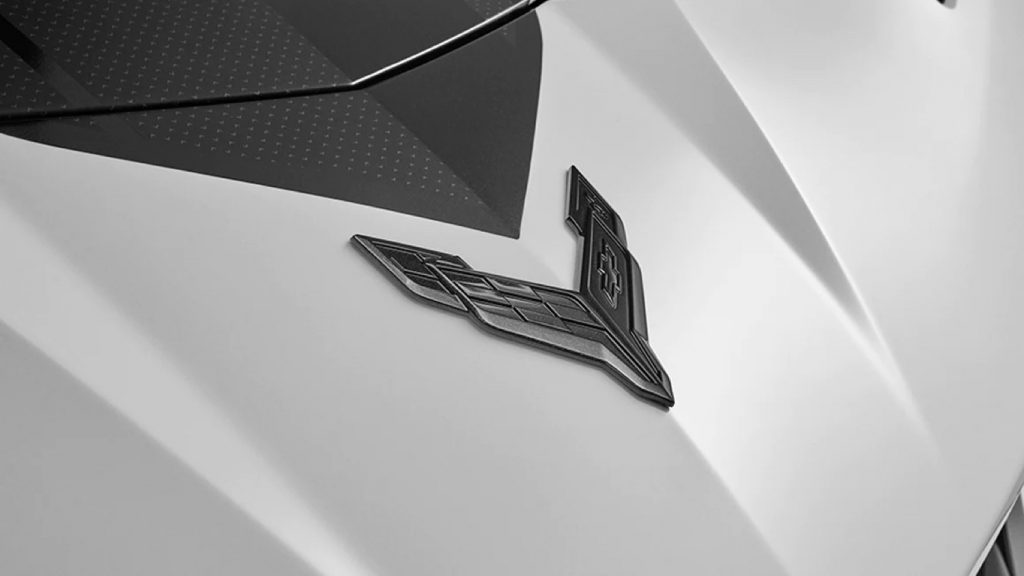 The Chevy Corvette crossed flags motif has been in use throughout the nameplate’s history, evolving over the years with each successive generation. That includes the latest C8, which features the crossed flags symbol across its body, in the cabin, and elsewhere.

Up front, the emblem is located centrally on the nose of the vehicle. Now, customers can swap the standard red and silver emblem in favor of this optional monochromatic Dark Stealth emblem, adding a dash of customization and complementing the copious gray and black styling options offered.

The Dark Stealth Crossed Flags Emblem for the 2023 Corvette Stingray is tagged with RPO code SFZ, and is offered as an LPO-level accessory, which means it is installed by the dealer, rather than at the factory when the vehicle is initially produced. Pricing is set at $125. The optional extra is available on all trim levels of the 2023 Corvette Stingray, but cannot be combined with the Chrome Exterior Badge Package (RPO code EYK). 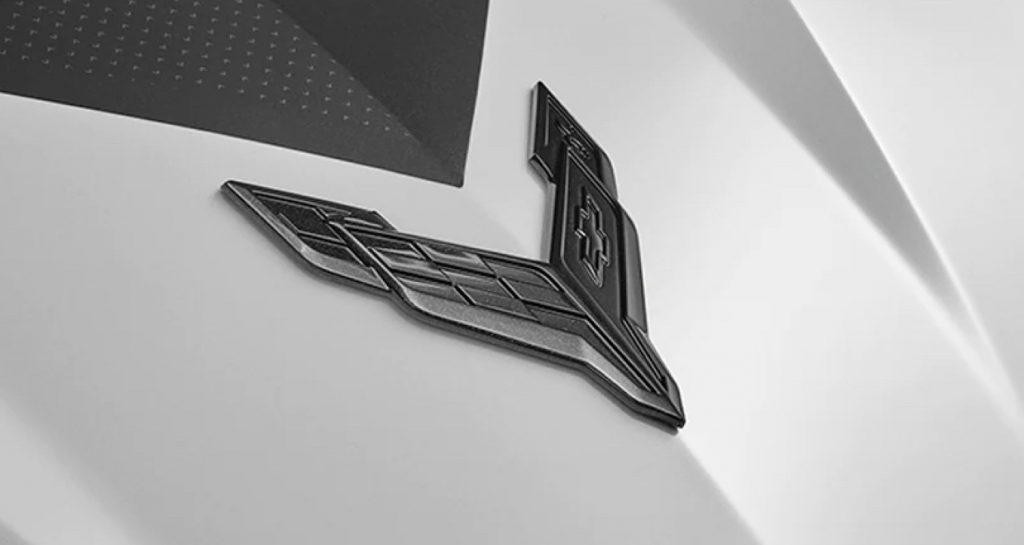 As a reminder, the 2023 Corvette Stingray is equipped with the naturally aspirated 6.2L V8 LT2 gasoline engine, which is rated at 490 horsepower and 465 pound-feet of torque in standard spec, and 495 horsepower and 470 pound-feet of torque when equipped with the factory performance exhaust system. Output is routed exclusively to the rear wheels by way of the GM eight-speed dual-clutch automatic transmission. Under the skin, the 2023 Corvette Stingray rides on the GM Y2 platform. Production takes place exclusively at the GM Bowling Green plant in Kentucky, the only plant to produce the Corvette since 1981.