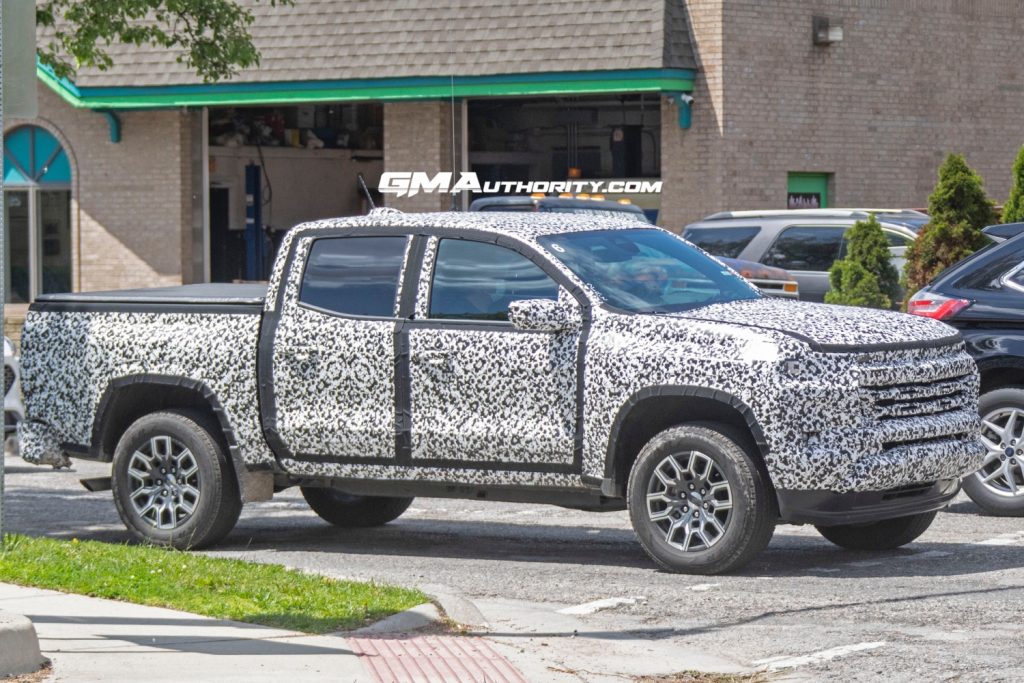 This time, we’re back at it to pick apart the Chevy’s hidden exterior features. 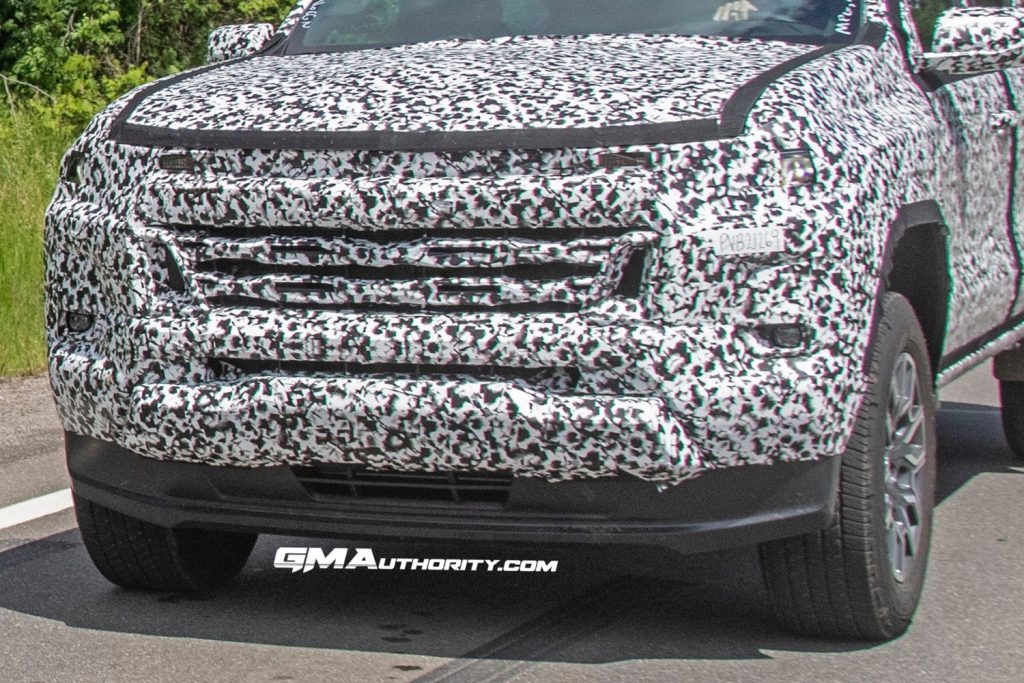 As before, this 2023 Chevy Colorado is covered in black-and-white camo covers. However, there are still several noteworthy items worth examining, including up front where we spot a set of production-ready headlights. Unlike the placeholder headlights seen on the prototype featured earlier this week, the prototype featured here is equipped with the production headlight design, which is covered by the camo, but still gives us a rough idea what the final layout will look like.

In the fascia, we see that the production headlights sit horizontally up top, while a set of fog lights are mounted near the front bumper. The bumper is also notable for the prominent air deflector seen along the bottom edge. 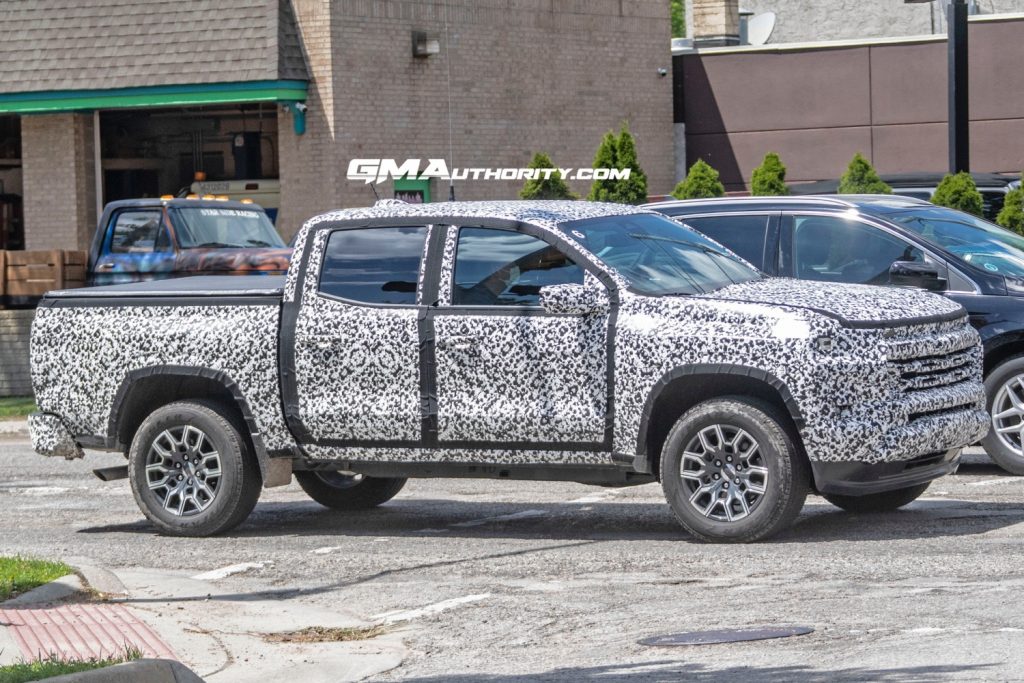 Viewed in profile, this 2023 Chevy Colorado prototype is rolling on some technical-looking multi-spoke alloy wheels, with silver and black for the finish. Wrapping the wheels is a set of Goodyear Wrangler HT tires, sized at an estimated 255/60R18.

Under the hood, the third-get 2023 Chevy Colorado will feature the turbocharged 2.7L I4 L3B gasoline engine as standard. When equipped by the refreshed 2022 Chevy Silverado, the L3B is rated at 310 horsepower and 430 pound-feet of torque. Under the skin, the 2023 Colorado will ride on an upgraded version of the GMT31XX platform known internally as 31XX-2. 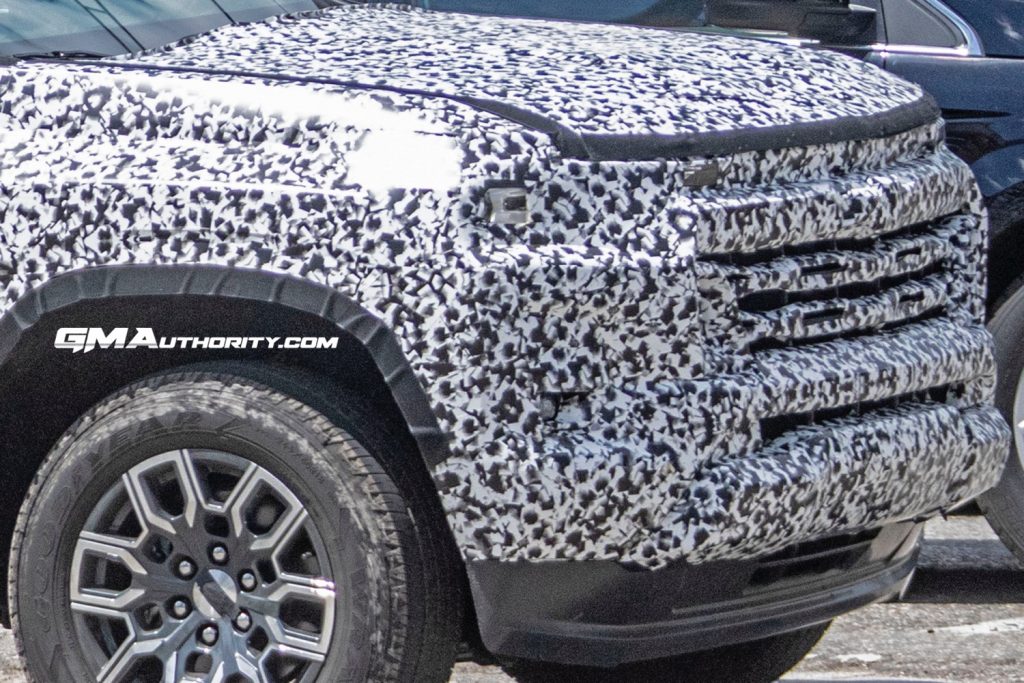 Look for the 2023 Chevy Colorado to launch either late this year or early in 2023, and make sure to subscribe to GM Authority for more Chevy Colorado news, Chevy news, and around-the-clock GM news coverage.