GM has released a teaser video promoting the upcoming 2023 Cadillac CT4-V Blackwing Track Edition that will make its official debut next month.

The CT4-V Blackwing Track Edition was teased in a brief video uploaded to the official Cadillac Performance social media channels over the weekend. While the automaker refrained from sharing official details on this new limited-run performance sedan, the teaser video shows three Cadillac CT4-V Blackwing sedans finished in the Electric Blue, Rift Metallic and Maverick Noir Frost exterior colors. These vehicles appear to be equipped with the Carbon Fiber 1 and Carbon Fiber 2 packages and feature unique IMSA decals on the front splitter, hood and body sides. The decals are very similar to those used on the Cadillac CTS-V IMSA Championship Edition that was released back in 2017.

Based on the description for the teaser video, it seems as though Cadillac will offer three unique CT4-V Blackwing Track Edition models inspired by three different circuits: Watkins Glen, Road Atlanta and Sebring. These tracks have been happy hunting grounds for Cadillac Racing over the years and are three of the most celebrated permanent road courses in North America. The teaser video shows the track layout for Sebring etched into the rear driver’s side door window of the Maverick Noir Frost model. It seems likely the Electric Blue model features the Watkins Glen track layout in this spot, while the Rift Metallic model will likely feature Road Atlanta- but we’ll have to wait for the Track Edition’s official debut next month to find out for sure. 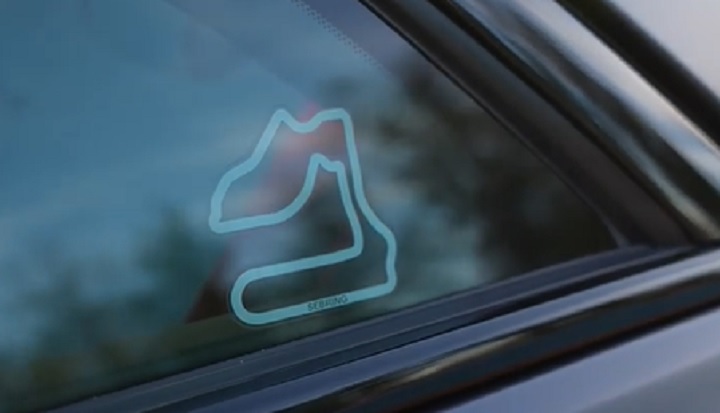 We do not expect these models to receive a boost in power over regular Cadillac CT4-V Blackwing models. That means the Track Edition will feature the twin-turbo 3.6L V6 LF4 gasoline engine, rated at 472 horsepower and 445 pound-feet of torque, and a standard six-speed manual transmission.