We’re headed back to the drag strip for a heads-up battle between two GM vehicles, this time with an all-Pontiac showdown between a 1973 Pontiac Firebird and 1961 Pontiac Catalina. 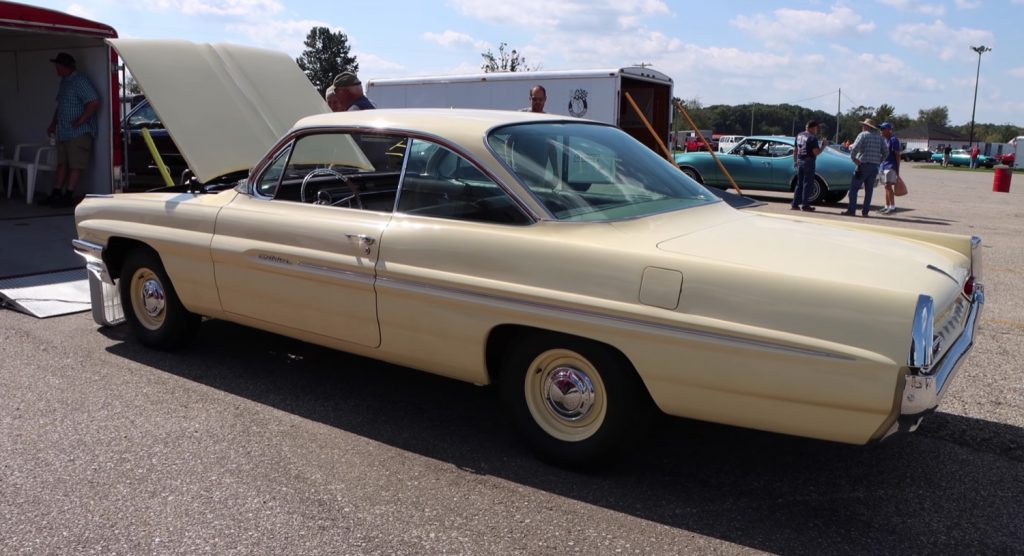 For those readers who may not know, the Pontiac Catalina nameplate was produced between 1950 and 1981, and was originally used to denote a trim line for hardtop body styles, including the 1950 Chieftain Eight and DeLuxe Eight. Later, in 1959, the name was used for Pontiac’s entry-level full-size models. By 1961, the full-sizers were restyled, with the standard V8 engine displacing 389 cubic inches. However, as the video narrator points out, this particular example is fitted with the 421 cubic-inch “big bore” engine, which, in 1961, was an upgrade only available to those who knew “the right people” at their local Pontiac dealership. 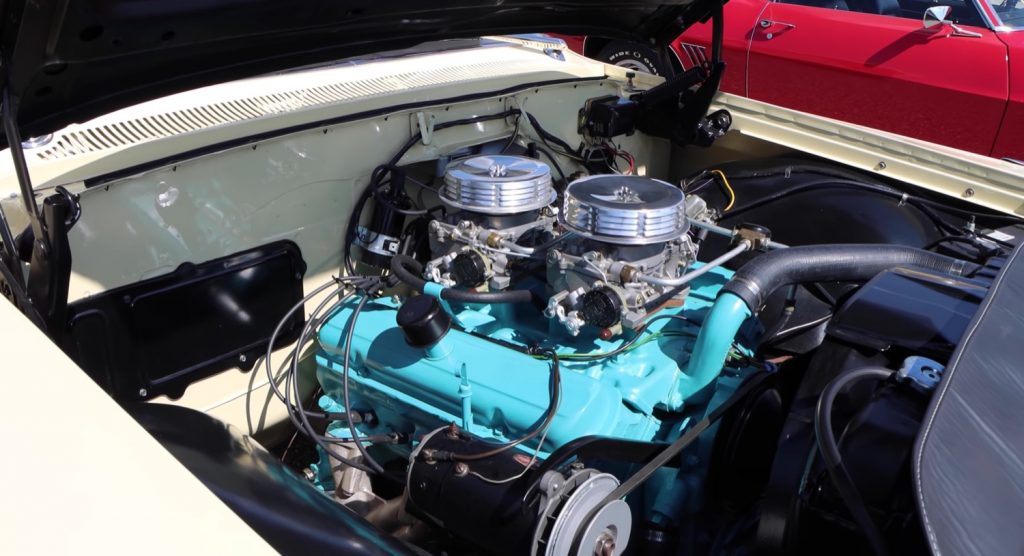 With a litany of upgrades over the standard V8, the larger engine was rated at 373 horsepower at 5,600 rpm and 425 pound-feet of torque at 4,400 rpm – both severely underrated, with actual output estimated at 465 ponies and more than 500 pound-feet of twist. Output is routed through a four-speed manual and 4.10 gears.

Indeed, this Pontiac Catalina is making lots of go, but the car in the other lane isn’t any slouch either. 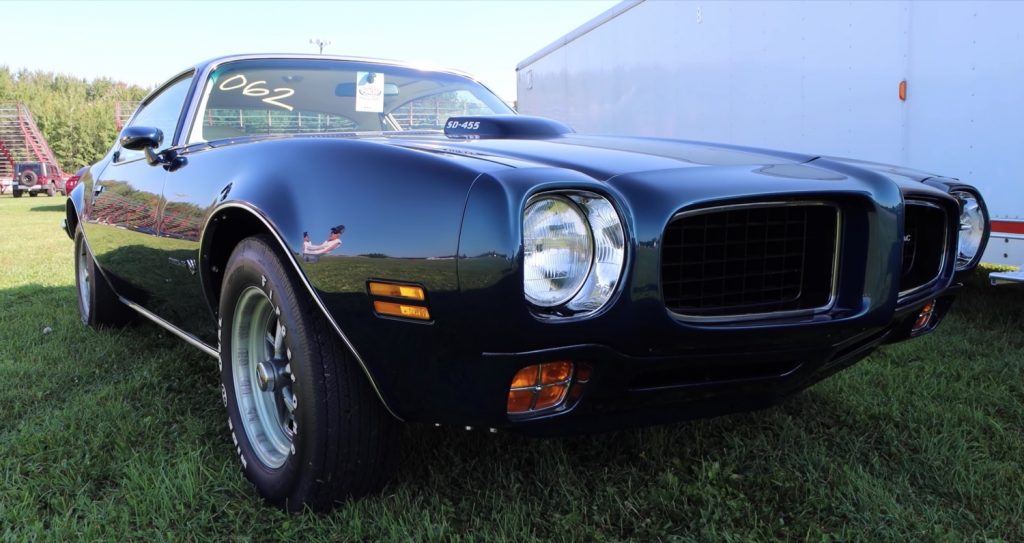 Providing the competition is a 1973 Pontiac Firebird Formula, which is showing up to the party with the 455 cubic-inch V8, complete with a shaker hood. Output from the factory was rated at 290 horsepower at 4,000 rpm and 395 pound-feet of torque at 3,600 rpm (both net ratings). Sending it all rearwards is another four-speed manual, this time with 3.73 rear gears.

Critically, both cars are running the Pure Stock Muscle Car Drag Race series, which does allow for a few modifications. There’s also the driver factor, especially when considering both models are equipped with a stick shift, making it even more of a toss-up. Check out the racing action right here: