The Chevy Corvette for 1970 sported several body changes from the previous year. Fenders were flared to prevent rock and road debris damage, the previous vertical front fender slots were replaced with louvers, front grilles were a mesh-style as opposed to horizontal bars, the front marker lights were clear rectangular lenses with amber bulbs, and the round exhaust outlets were replaced with rectangular polished tips. Inside the Corvette’s cabin, seats were redesigned to allow better head room and access to the cargo compartment. A deluxe interior option was available for the first time, with leather seats, faux woodgrain panels on the doors and center console, and cut pile carpet. 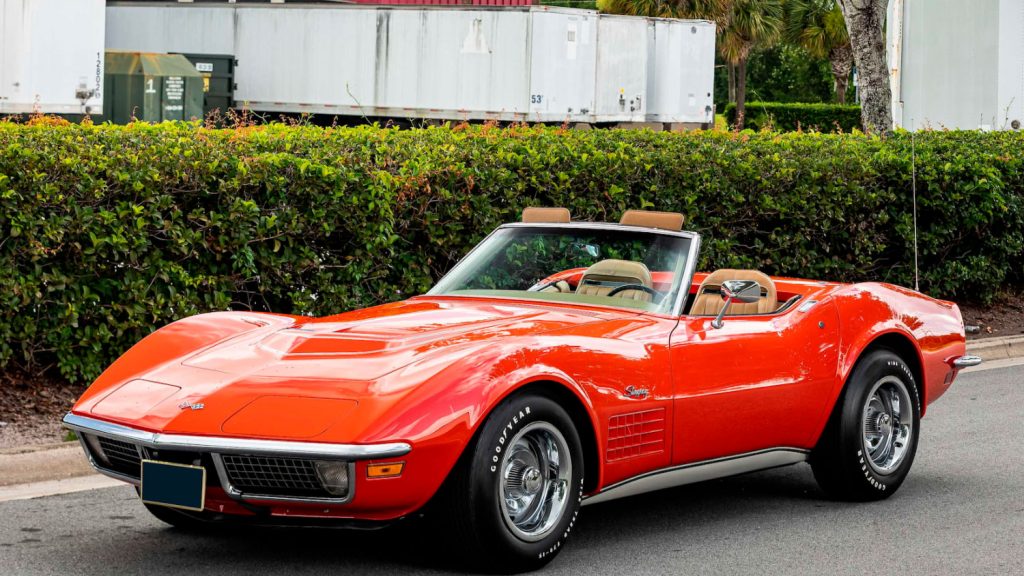 The 1970 Chevy Corvette had new options for power. The Big Block displacement grew from 427 cubic inches to 454 cubes, with output rated at 390 horsepower. The base 350 cubic-inch Small Block was rated at 300 horsepower, with the optional L46 350 rated at 350 horsepower, and the new 350 cube solid-lifter LT1 rated at 370. The LT1 was available only with a four-speed manual transmission, and could not be ordered with RPO C60 Air Conditioning. 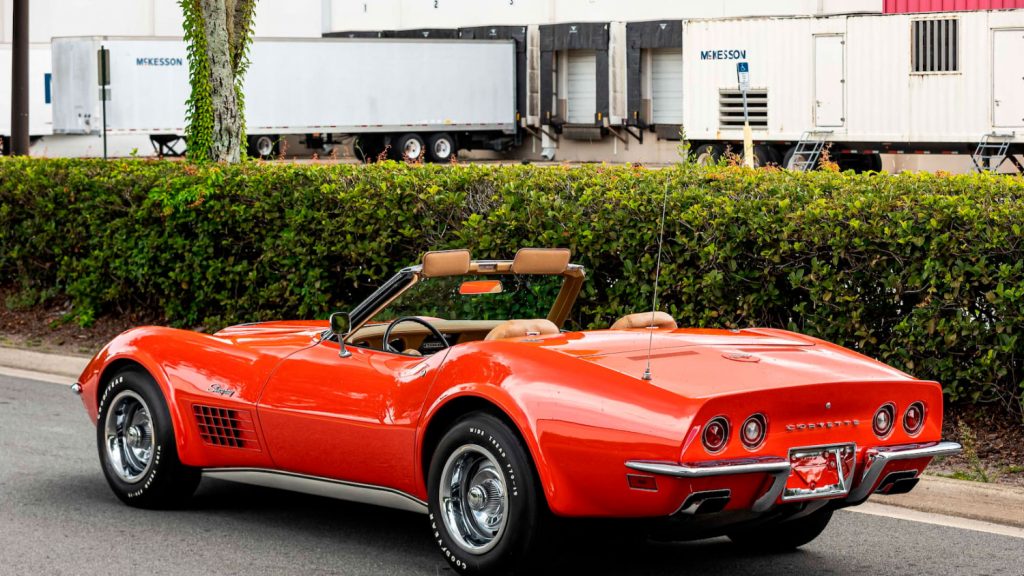 Our feature 1970 Chevy Corvette LT1 convertible is an award-winning example, having captured a Bloomington Gold certification in 2019, as well as a 2019 National Corvette Restorers Society Top Flight Award. It is finished in Monza Red over Saddle Leather with a Saddle cloth soft top. The 370-horsepower, 350 cubic-inch Small Block is the original, numbers-matching engine mated to the numbers-matching four-speed manual transmission. The odometer shows 50,000 miles, and given the car’s condition, it’s possible it has not turned over. 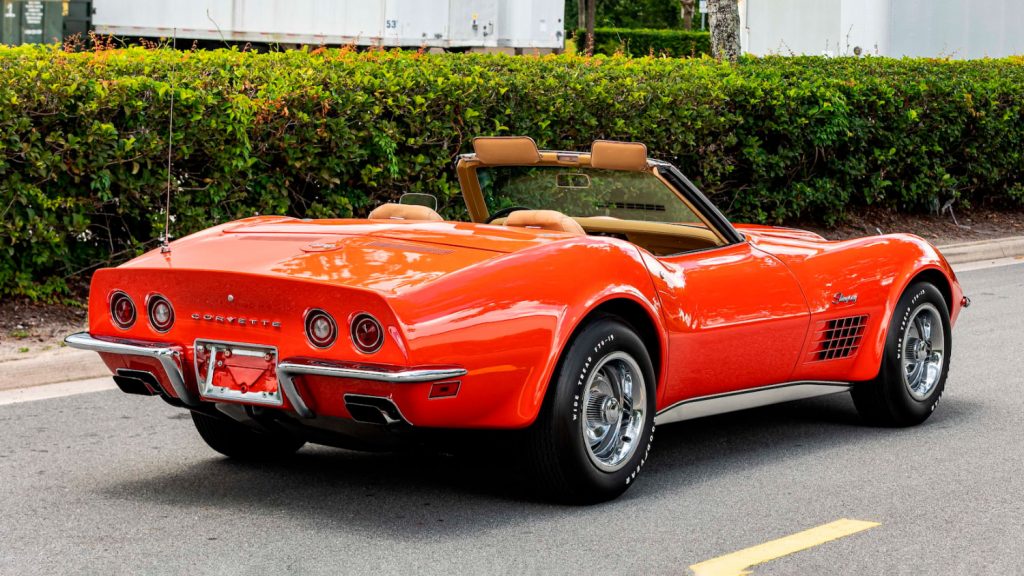 The paint finish on the Chevy Corvette LT1 is brilliant and glossy, showing great attention to prep and application. The chrome bumpers and trim appear to have either been re-plated or replaced, and the stainless looks to have been carefully polished. Painted steel Rally wheels wear beauty rings and center caps, and are shod in Goodyear F70-15 raised white letter bias-plies. All the turn signal and marker light lenses are haze-free. The Saddle-colored soft top shows only minor wrinkling. 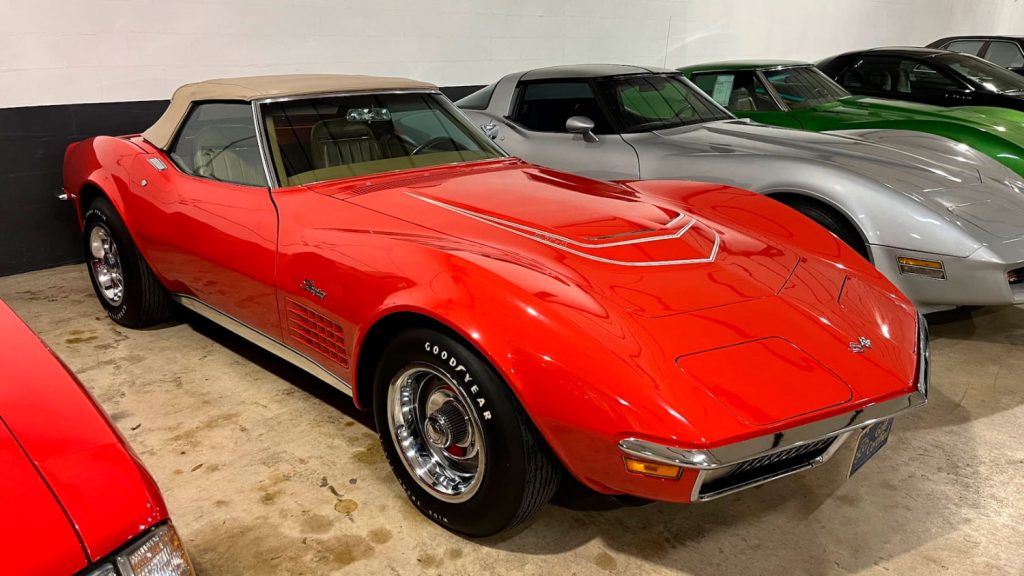 The Chevy Corvette LT1’s cabin is done in deluxe trim, with the upgraded carpet, leather seats, and woodgrain panels on the door cards and console. The seats show next to no wear, just some minor creasing. Carpets are clean and plush. The Corvette is equipped with tilt/telescopic steering, the factory AM/FM radio, and power windows. 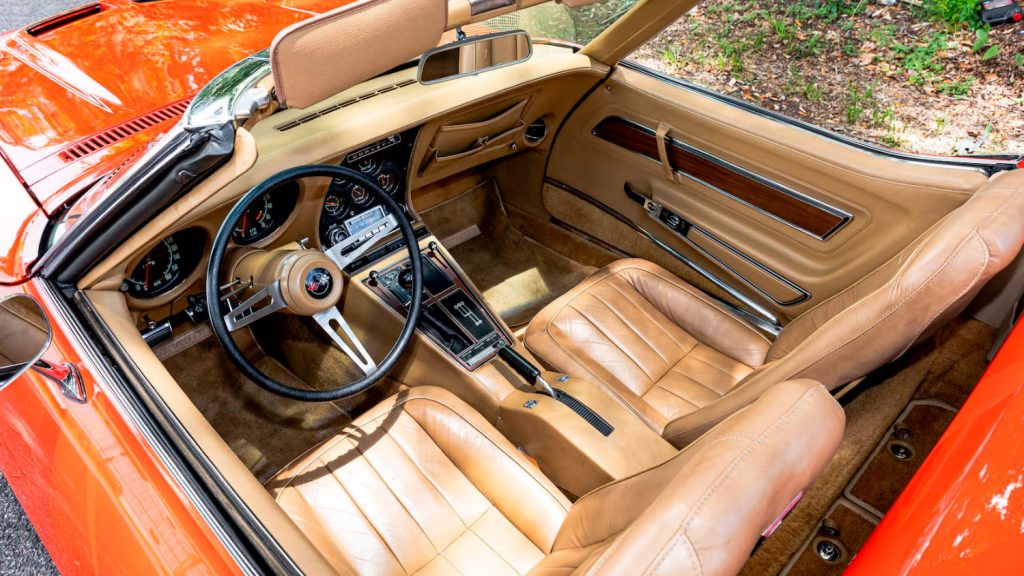 Under the hood of the Chevy Corvette LT1 is a beautifully detailed engine compartment is occupied by the 370-horsepower Small Block. All finishes and components appear to be in place on the numbers-matching engine, including the A.I.R. pump. 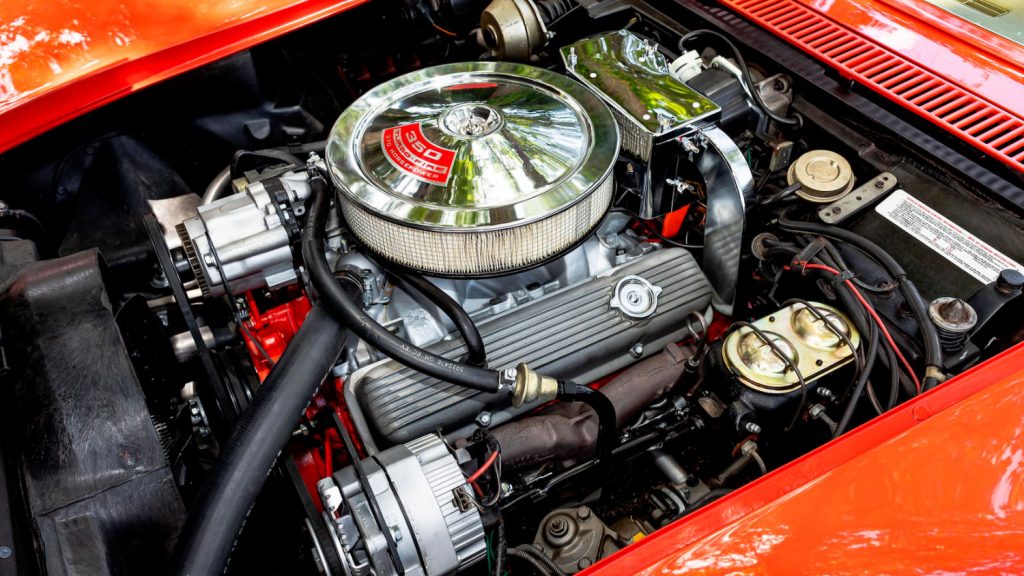 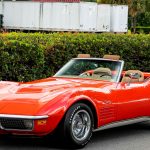 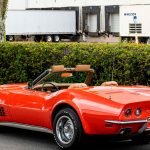 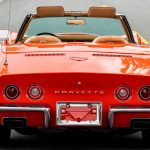 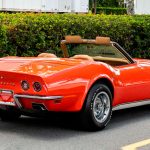 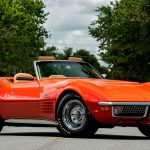 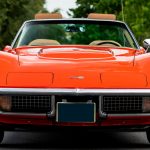 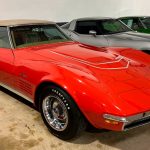 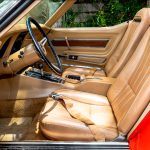 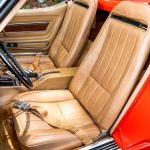 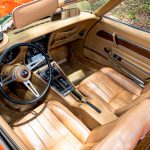 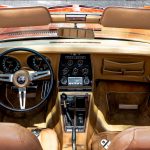 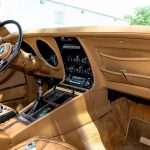 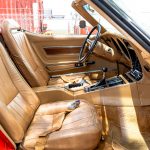 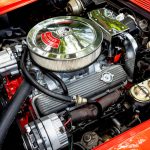 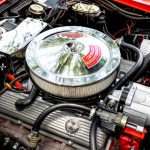