The Chevy Chevelle was a new model in the Chevrolet lineup for the 1964 model year. Built on the mid-size A-body platform, the Chevelle became General Motors’ most successful mid-size offering.

The 1970 model year would be the last, best iteration of the full-power Chevy Chevelle. 1970 marked the zenith for muscle car performance in general, as insurance companies’ reluctance to cover brutally powerful street machines and federal emissions standards would sound the death knell for the mighty heroes of stoplight racing. Thus, GM elected to remove their previous edict of restricting mid-size cars to engines with fewer than 400 cubic inches. The General would go out with a roar, not a whimper. 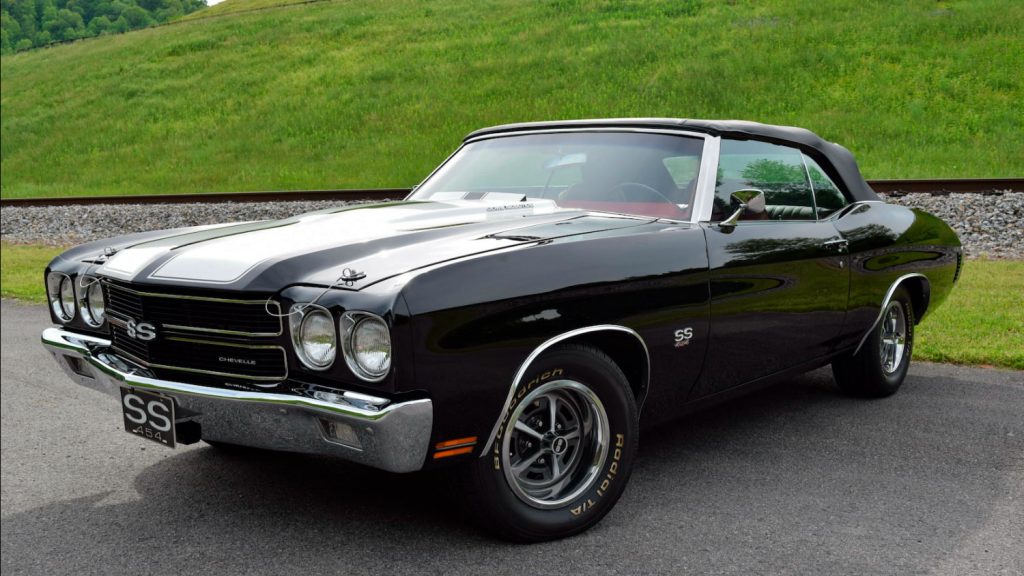 For 1970, the Chevy Chevelle received a styling refresh, featuring a modified roofline, a single horizontal painted bar dividing the grille, and more pronounced fenders. Side vent windows were eliminated, and the interior received an update. For those with a performance bent, the ’70 Chevelle could be equipped with one of two 454 cubic-inch Big Blocks, either the LS5 or LS6. The LS5 was laughingly underrated at 360 horsepower (north of 400 ponies is much closer to the truth), and 500 pound-feet of torque. 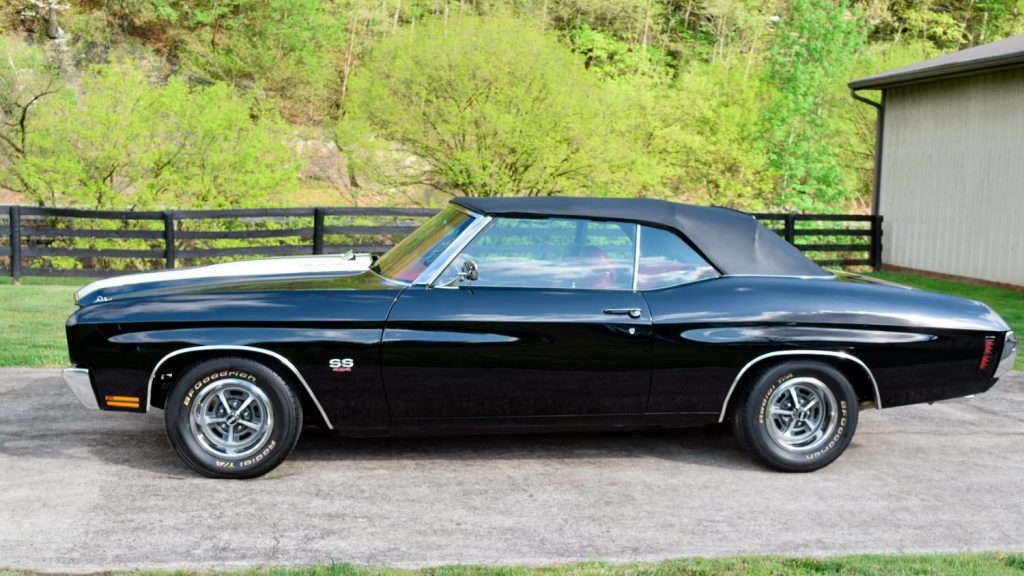 Our feature 1970 Chevy Chevelle SS has been the subject of a recent nut-and-bolt restoration, having covered just 246 miles since completion. It is finished in its original Tuxedo Black with white SS stripes over red vinyl interior and black vinyl convertible top. The black finish shows considerable gloss and reflectivity. Chrome bumpers have been refinished, and stainless trim is highly polished. Glass presents well, with no nicks, chips, or road pepper observed. The Chevelle rolls on steel painted SS wheels with trim rings, wrapped in raised-white-letter BFGoodrich Radial T/As. A cowl induction hood helps the 454 cubic-inch LS5 Big Block breathe cold air. The black vinyl power convertible top looks to have been replaced with the restoration. 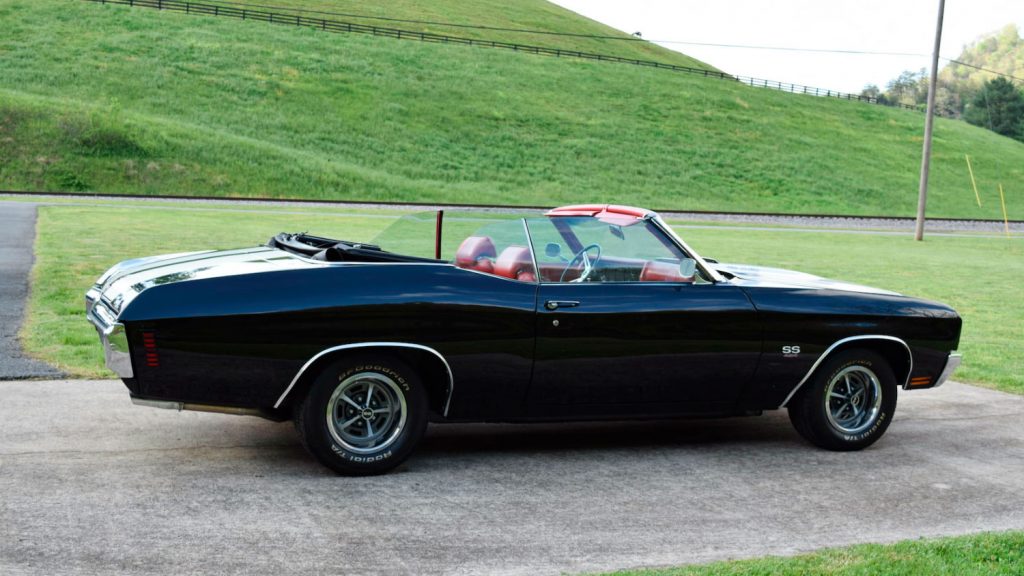 Inside the Chevy Chevelle SS, a gorgeous red interior is a marvelous complement to the shiny black exterior. Strato bucket seats flank a center console and horseshoe shifter. All the soft surfaces appear showroom fresh, as there is no sign of wear or use to be seen. Windows are of the manual variety, but the Chevelle is equipped with power steering, power brakes, the aforementioned power convertible top, air conditioning, and tilt steering column. 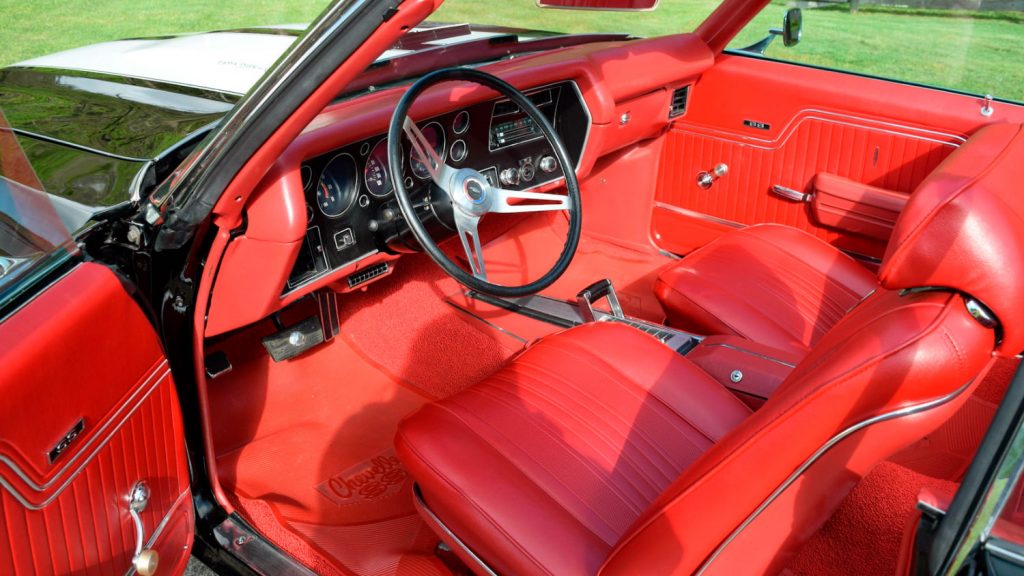 Beneath the hood of the Chevy Chevelle, the brutish LS5 resides in a spotless engine bay. The engine looks fresh from the assembly line, with original componentry and finishes present. The 454 cubic-inch mill is backed by a three-speed Turbo Hydramatic automatic transmission. 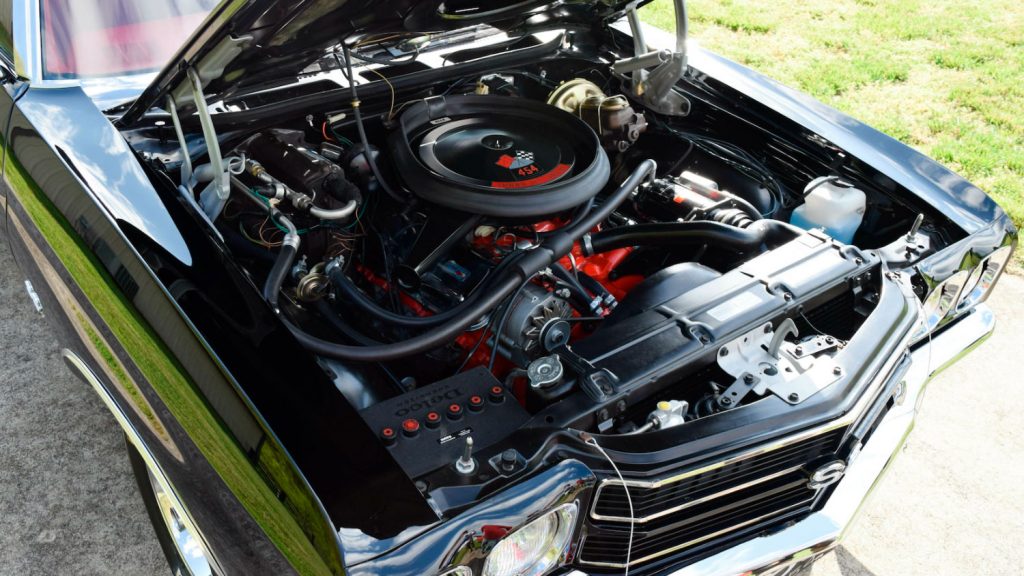 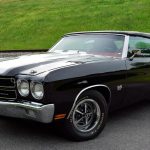 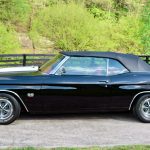 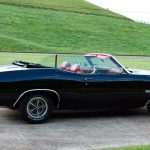 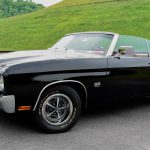 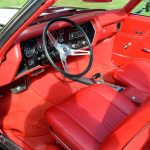 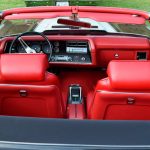 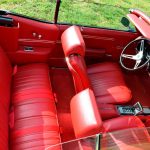 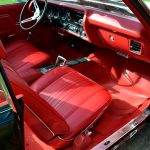 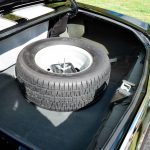 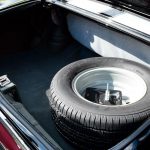 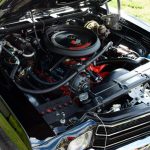 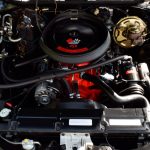