Get ready for another GM versus Ford battle as we head back to the drag strip to watch this 1969 Oldsmobile Cutlass W-31 go head-to-head with a 1970 Ford Torino Super Cobra Jet. 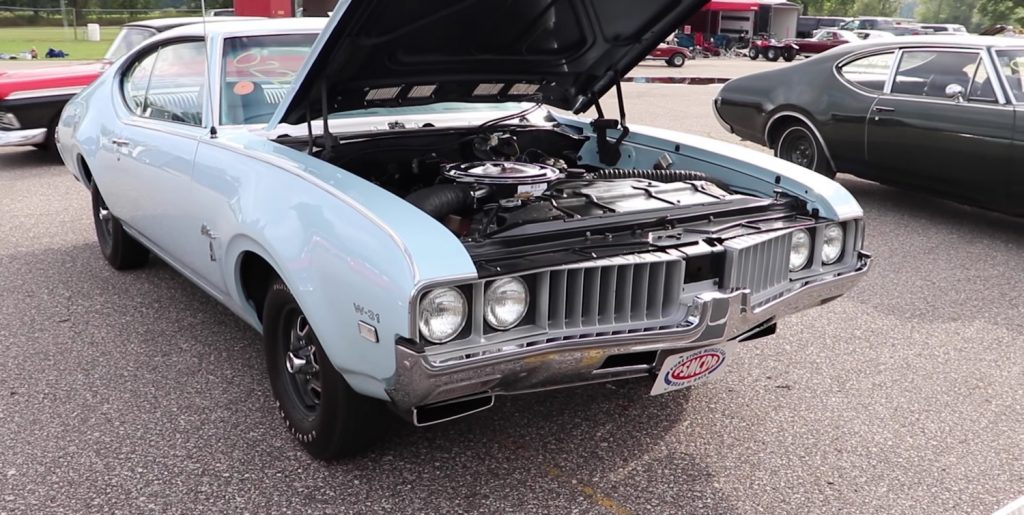 Once again coming to us from Cars And Zebras, this racing video kicks it off with a walkaround and some specs on both vehicles, starting with the 1969 Oldsmobile Cutlass W-31. Under the hood, this Oldsmobile Cutlass is running a 350 cubic-inch V8 engine, which is equipped with a list of upgrades to add to its go-fast resume. That includes a special air induction system and Quadrajet carburetor, a Winters aluminum intake manifold, and dual exhaust. The 350 also has upgraded heads, a new harmonic balancer, and a 308 cam, the latter of which is so aggressive the engine didn’t produce enough vacuum to support power brakes. The compression ratio is 10.5:1. 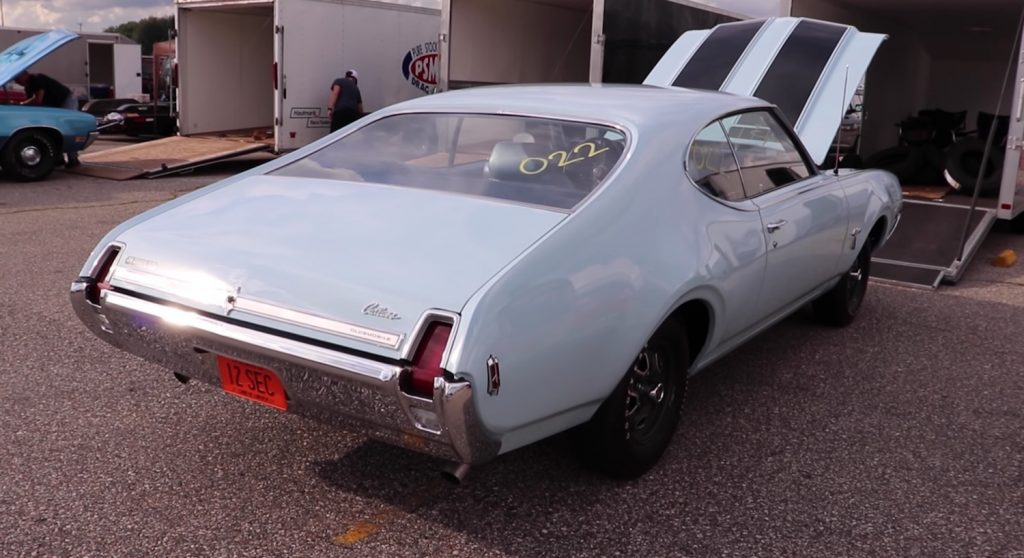 Put it all together, and output comes to 325 horsepower at 5,400 rpm and 360 pound-feet of torque at 3,600 rpm. This particular Oldsmobile Cutlass W-31 is also fitted with a three-speed automatic transmission specially built for the application. A set of 3.91 gears were standard, but this example gets upgraded 4.33 gears. Weight with driver is estimated at 3,640 pounds.

It’s a sweet setup, but the other lane is packing some heat as well. Providing the competition is a 1970 Ford Torino Super Cobra Jet, upgraded with the Drag Pack to throw in a more aggressive Detroit Locker with 4.30 gears, as well as several upgrades for the engine. Making it move is a 429 cubic-inch V8 engine with an 11.3:1 compression ratio, four-bolt mains, a solid lifter cam, a Holley carburetor, header style exhaust manifolds, upgraded heads, and forged aluminum pistons. Output comes to a peak of 375 horsepower at 5,400 rpm, about 15 ponies more than the standard Cobra model, and a whopping 450 pound-feet of torque at 3,400 rpm. This example is also fitted with a four-speed manual transmission. Compared to the Oldsmobile, this Ford is pretty heavy, estimated at 4,108 pounds with driver.

So, which machine will walk away with the W? Hit play to find out.