At the end of the day, most of us are in this car thing for one very obvious reason – to get out and drive, enjoying our rides as they were meant to be enjoyed. Such is the case with the tastefully upgraded 1969 Chevy Camaro seen here, which is now rolling on a brand-new chassis from Roadster Shop, as featured in the following video.

The video clocks in at 7 minutes, 13 seconds, with Roadster Shop Sales Manager Phil Smunt playing as host. The story behind this 1969 Chevy Camaro is that the current owner acquired the car from a seller that had bought it from “a little old lady,” and later performed a mild restoration.

All in all, this Chevy Camaro looks quite nice, rocking the factory Lemans Blue paint, complemented with white exterior striping. Under the fenders we spot some Mag-style Forgeline RS5 wheels, measuring in at 18 inches by 8 inches in front and 19 inches by 11 inches in the rear, wrapped in 235/40R18 and 325/30R19 tires, respectively. The interior also looks clean thanks to some crisp white interior upholstery. 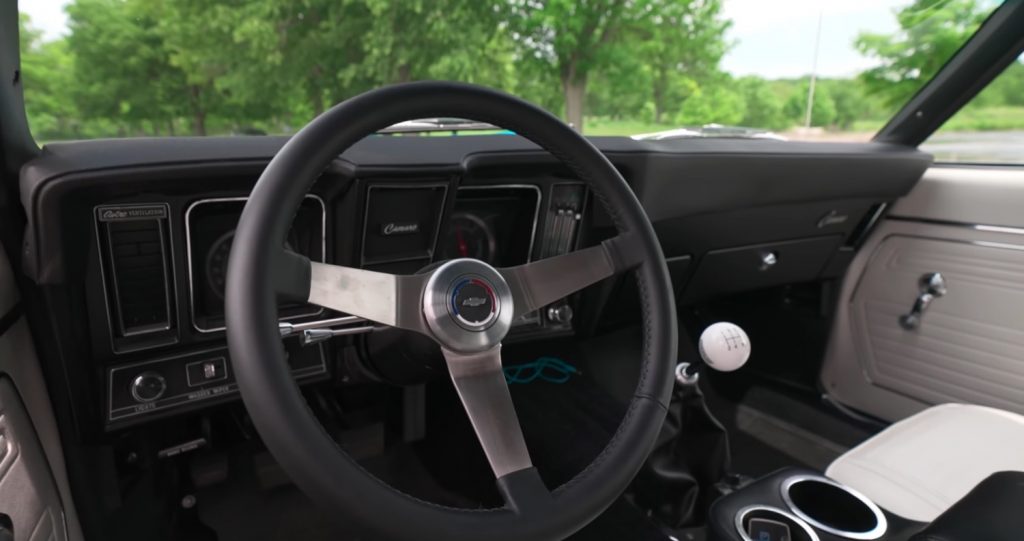 Naturally, the owner wanted to make the two-door drive as nice as it looked, opting for a new chassis and suspension to make it feel like a modern vehicle. Enter Roadster Shop.

Underneath, Roadster Shop installed their Spec chassis, which bolted right up to the Chevy Camaro body. Highlights include Spec independent front suspension, a Ford 9-inch rear end, 31-spline axles, and Strange TruTrac posi. The Chevy Camaro is also equipped with 13-inch Baer brakes, which include drilled and slotted rotors. 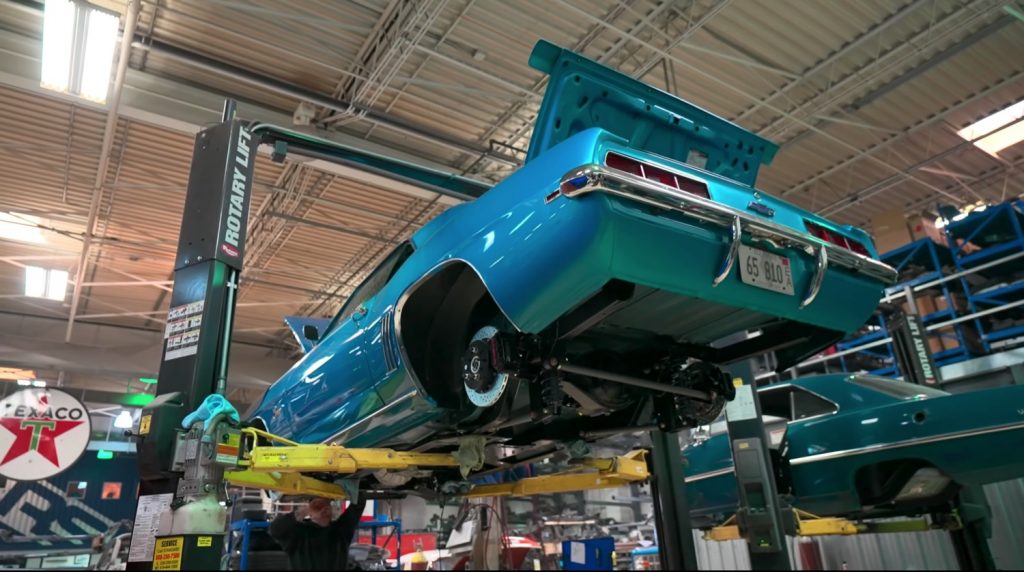 The interior and exterior were left untouched, which makes sense given their condition. Greasy bits under the hood include a Chevy performance 383 stroker and five-speed manual TKX transmission.

The build is simple and effective, and looks great going down the road. See it for yourself by hitting play on the video below, and don’t mind the squeaking clutch rod: