You can tell when a build is completed with attention to detail – everything pulls together in a single, cohesive way, from broad strokes like the paint and wheels, down to smaller things like the trim and gauge bezel. The end result of this sort of build process is almost always impressive, as is the case with the 1969 Chevy Camaro pro touring build featured in the following video. 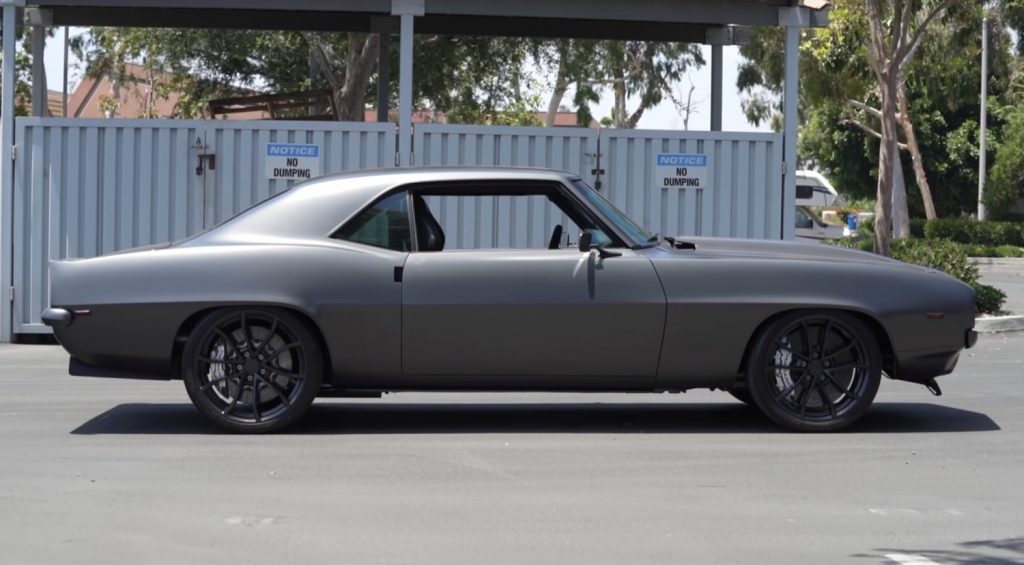 Once again coming to us from AutotopiaLA, this feature video gives us a walkaround and a few insights before heading out onto the road for some driving impressions. The build was completed roughly seven years ago, but regardless, this 1969 Chevy Camaro still looks immaculate.

Outside, the Chevy Camaro is finished in matte gray paint, giving it a simple, clean aesthetic, with matching components end to end. Details include shaved door handles with pocketed style entry, as well as a carbon fiber front lip and matching rear diffuser element. The rollers are split-spoke alloys plucked from the Chevy Corvette, sized at 19 inches by 11 inches in front, and 19 inches by 13 inches in the rear. Wrapping the wheels are Michelin Pilot Sport Cup 2 rubber, sized at 275/30R19 in front and 335/30R19 in back. 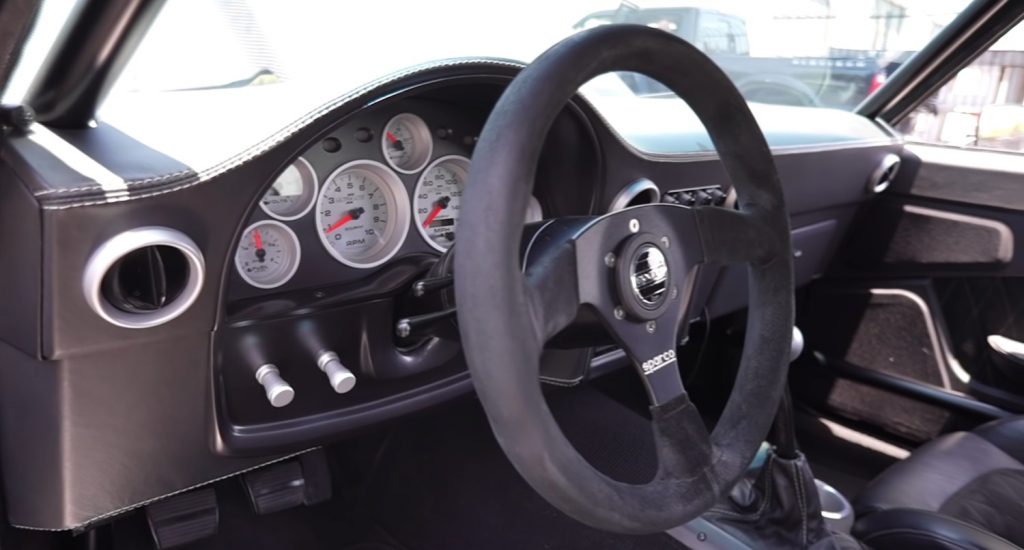 Unsurprisingly, the interior is equally well-executed with gray and black upholstery everywhere. The driver sits in Recaro seats and grips a Sparco steering wheel while reading Autometer gauges, with a full audio setup onboard to keep the tunes flowing, complete with a set of 12-inch subwoofers in the trunk. There’s also a full chromoly roll cage, which helps to keep the chassis nice and stiff to give the upgraded suspension the best shot possible at performing as intended. 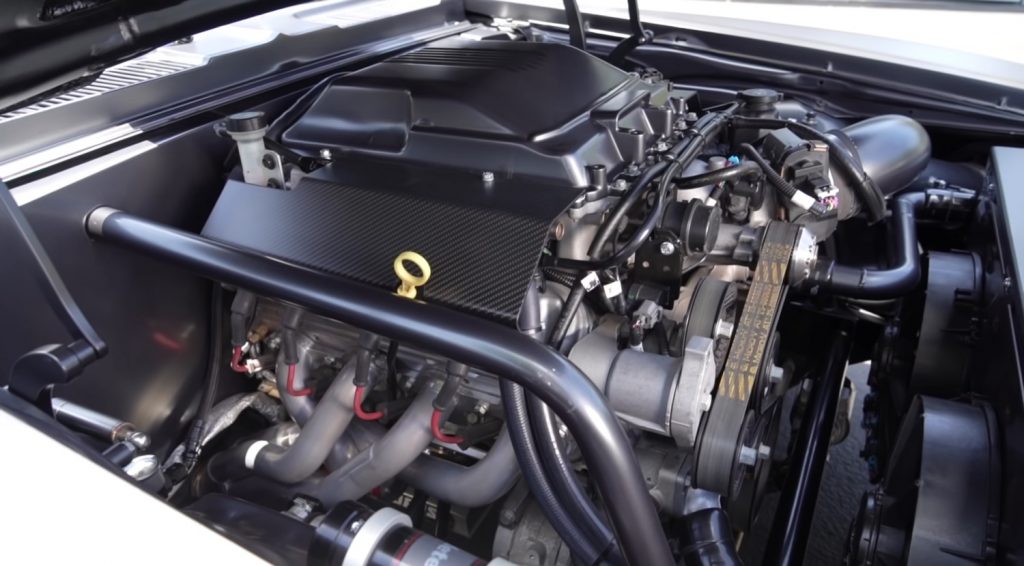 Making it move is a supercharged LSA V8 crate motor, throwing down 525 horsepower and 580 pound-feet of torque at the rear tires. This Chevy Camaro exhales through a 3-inch dual exhaust, while the V8 is juiced through an Aeromotive fuel system. A Tremec six-speed manual transmission and 12-bolt rear end route the output.

Finally, to keep it all shiny side up, the Camaro was equipped with Art Morrison C6 Corvette front suspension bits and a Detroit Speed QuadraLink rear suspension, while manual Brembo carbon ceramic brakes haul it down. The whole thing is estimated to weigh roughly 3,380 pounds.

Check out the full build, including what it’s like to drive, right here: