The Chevy Impala debuted for the 1958 model year as the prestige pinnacle of the top-of-the-line Bel Air models. Riding on GM’s new X-frame allowed the cars to be longer, wider, and lower than in the past.

The Chevy Impala was offered with a variety of powertrain options, including the Blue Flame six cylinder, several different versions of the 283 cubic-inch Small Block V8, or the Turbo Thrust 348 cube W-head Big Block that made up to 315 horsepower. 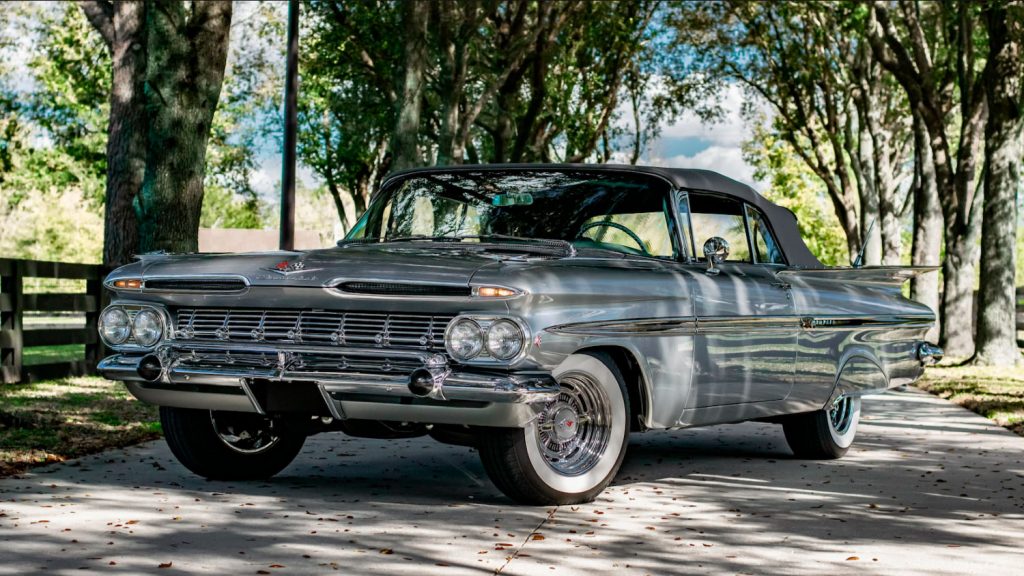 For 1959, the Chevy Impala got a complete restyling. Batwing rear fins, taillights that looked like squinting red eyes, and a cleaner design for the rear bumper were hallmarks of the Impala’s backside, while the front end received a revamped grille with horizontal slats and mini-Dagmars, and vents at the leading edge of the hood. The faux vents just forward of the rear wheel arches were gone, and the beltline bullet started as a point just behind the headlights and expanded to a mild flare all the way to the taillights. 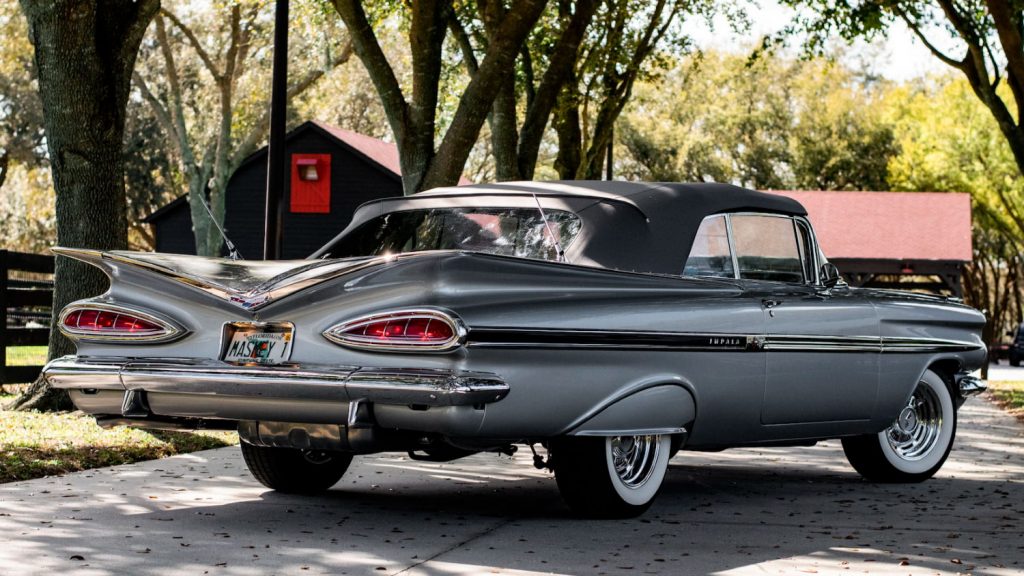 Our feature 1959 Chevy Impala convertible is a stunning mild custom. The factory exterior appearance is that of a beautifully restored car, but with a few subtle touches that only the true aficionado will catch. The Impala was the subject of a comprehensive two-restoration that was finished in 2012, and a subsequent customization in 2020, with fewer than 500 miles since completion. The Inca Silver paint has been refinished to an exceptional standard. Chrome bumpers and trim have been re-plated, and all the stainless trim has been replaced with NOS bits. Custom EVOD aluminum wheels are much wider than the original steel units, but have been crafted with centers that replicate the original hubcaps. Meaty Diamondback whitewall radials wrap the custom hoops. The soft top was custom made with Sonnenland canvas. Twin angled radio antennas round out the sleek look. 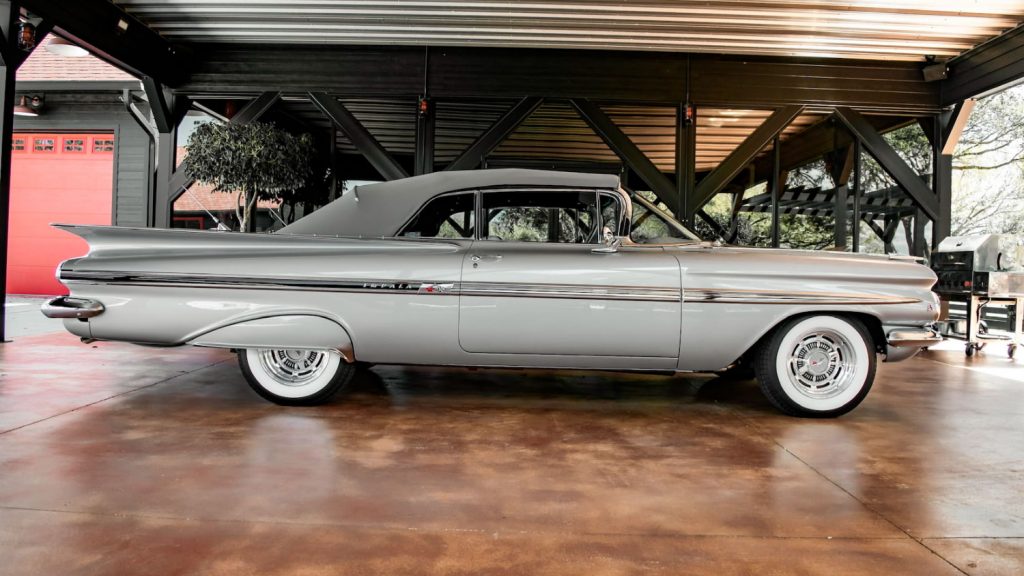 Inside the Chevy Impala convertible is a gorgeous silver interior with tri-tone cloth seat inserts. This car was highly optioned from the factory with power windows, power seat, power top, power steering, power brakes, and air conditioning. The steering column is a custom unit courtesy of Flaming River that is topped by an EVOD aluminum steering wheel made to look like the original, but with better ergos. Factory original gauges have been restored, and have a crisp appearance. The original Wonderbar radio has been modified with Bluetooth innards. Sound is sent through front and rear Retro Sound speakers, with some assistance from a hidden Pioneer subwoofer. The seats, period seatbelts, and hand-fit carpet all present as new. 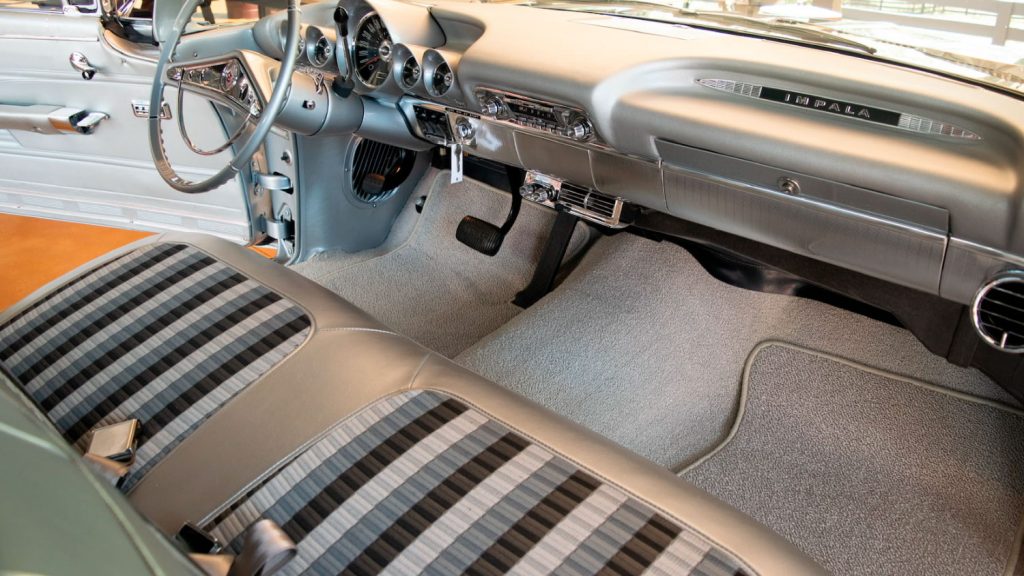 In the immaculate engine bay of this Chevy Impala is what would appear at first blush to be a lovely restored 348 W-head Big Block. Closer inspection would reveal a Custom Autotrend EFI unit made to look like a vintage Tri-Power setup down to the replica Rochester throttle bodies. The fuel injection is controlled by a Holley HP ECU. The Powermaster Powergen alternator looks much like a period generator, including the correct decals and badges. Other improvements include an MSD Street Fire ignition, MSD Blaster coil, a four-core radiator built to look like the original (including OEM stamping). Spent gasses are exhaled through a custom stainless exhaust. A Wilwood brake reservoir can be seen mounted to the power brake booster. The 348 moves power to the rear wheels through a Turbo-Hydramatic three-speed automatic transmission and a 3.08 rear differential. 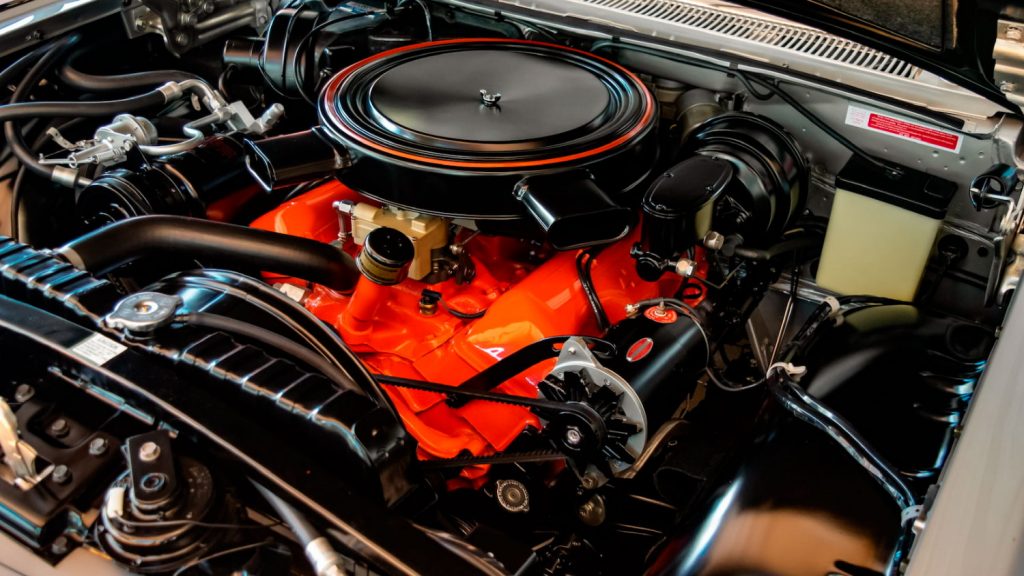 The exceptional work on this Chevy Impala doesn’t stop there. The frame and suspension have been stripped to bare metal and refinished in black semi-gloss, with floor pans in bright orange. Front and rear sway bars are by Hotchkis, Coil Spring Specialties provided the custom springs, and the adjustable shocks are from RideTech. Stopping duties are handled by Wilwood disc brakes with eleven-inch rotors at all four corners. 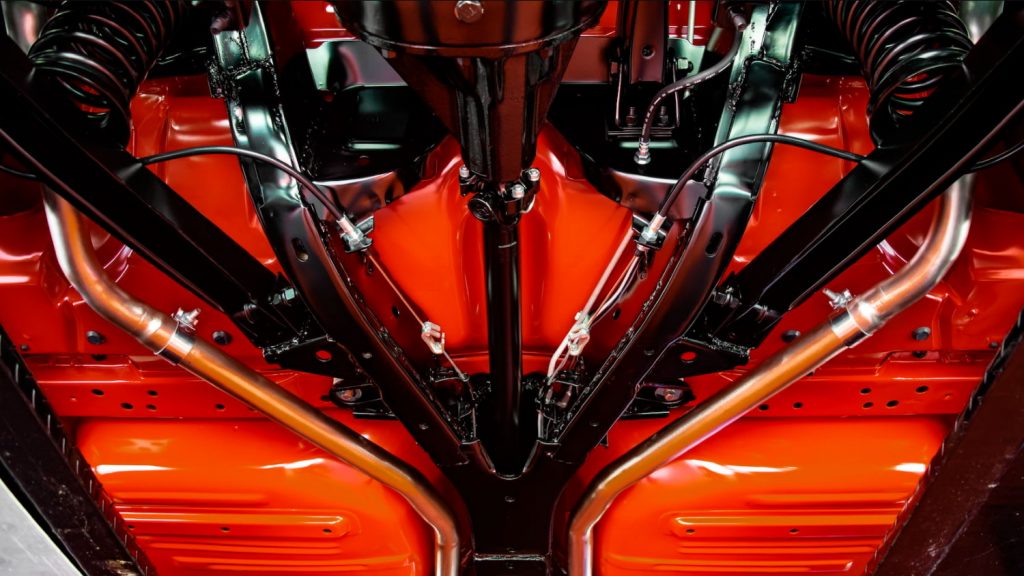 This striking custom 1959 Chevy Impala will cross the Mecum Auctions block at their Orlando, Florida sale taking place July 6th through the 9th. 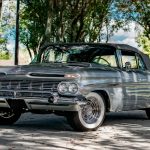 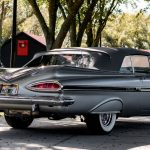 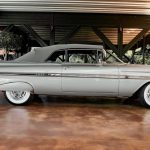 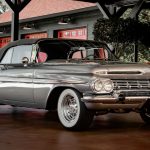 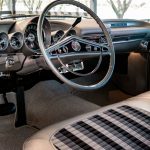 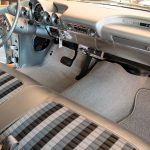 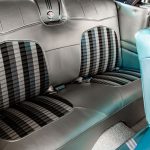 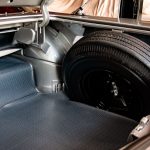 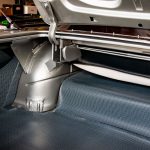 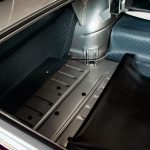 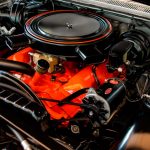 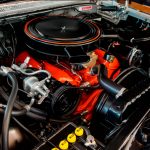 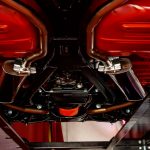 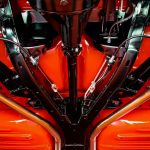