The good folks over at Autopia LA have released a video showcasing an impossibly cool Chevy Apache restomod that was saved from the 2018 forest fires in Paradise, California.

Jason, the owner of this truck, says a friend found the rusted-out and burnt Apache body for sale on Craigslist following the forest fires. After hearing its backstory, he was determined to save it and transform it into a SEMA Show-bound restomod. The first step in the resurrection process was acquiring a new ladder frame, so Jason called up his friends over Roadster Shop and had them weld up one of its C10 Slammed chassis for him. Other key mods include full air-ride suspension, a front and rear Wilwood big brake kit and Detroit steel wheels. 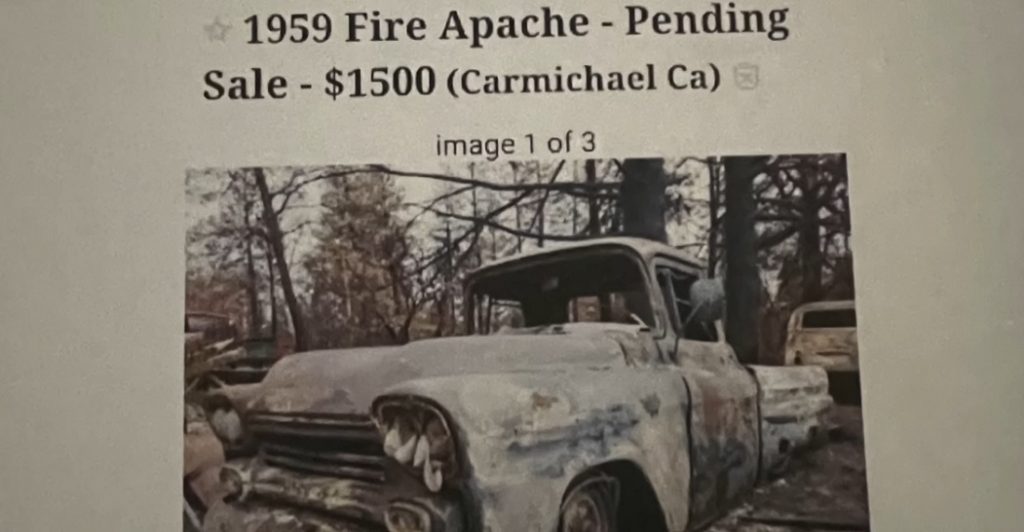 Under the hood of this show-worthy rustbucket is a built 6.0L LQ9 V8, which produces 490 horsepower and sends power to the rear wheels through a rebuilt GM 4L80 four-speed automatic transmission and a Ford nine-inch rear end. The patina theme continues inside with black leather seats and upholstery, a billet steering wheel, leather suede dash upholstery and an aftermarket air conditioning system. 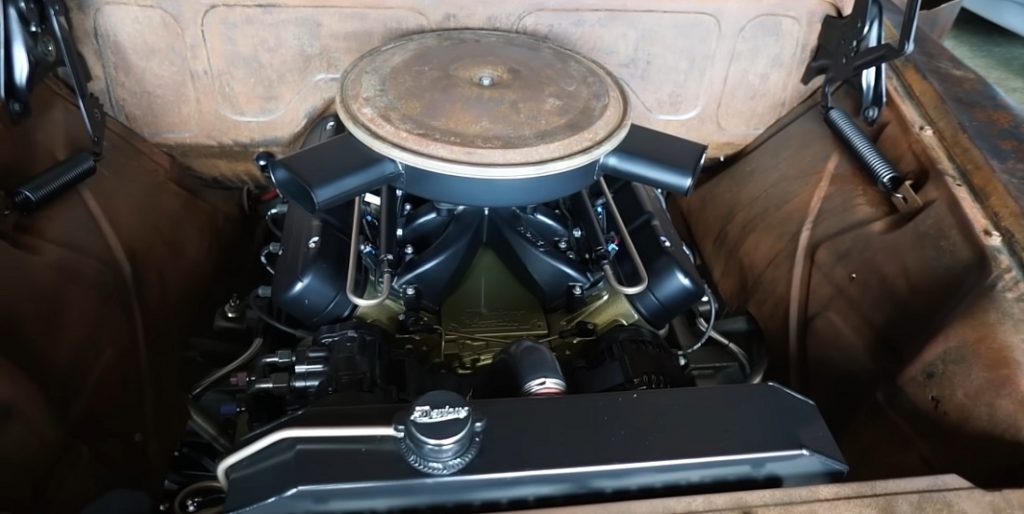 Despite this truck’s rather troubled past, Jason now uses it as a daily driver and says he’s put around 2,000 miles on it since it was first displayed at the SEMA Show last fall. Going forward, he says he’d like to add a Whipple supercharger to the top of the LQ9 engine, which should give him quite a bit more passing power. That’s not to say the truck’s hurting for performance in its current guise. It can already chirp the tires when shifting into third gear, which isn’t bad for a naturally-aspirated truck tipping the scales at over 3,000 pounds.

Learn more about this unique Chevy Apache restomod in the video embedded below, courtesy of Autopia LA.