New cars are great and all, but there’s something undeniably attractive about taking an older vehicle and getting it back on the road with modern equipment under the skin. Such is the case with this 1956 Chevy, which was brought back from the dead by way of a modern LS powerplant. 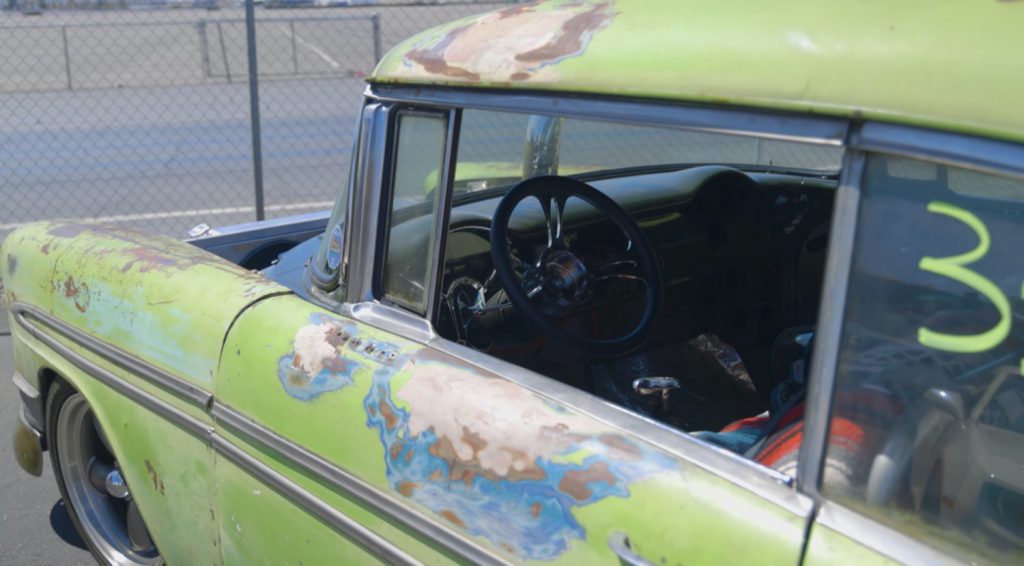 Coming to us from the folks over at Holley, this video was captured at LS Fest West in Las Vegas, and catches up with car owner and builder Adrian Diaz from Chino, California. Diaz originally found this 1956 Chevy sitting in a state of disrepair, with the previous owner holding on to it for several decades with the intention of giving it to his son. For five years, Diaz asked the previous owner for a chance at owning the 1956 Chevy, but time and time again, Diaz was denied.

As the story goes, the previous owner eventually agreed to sell the 1956 Chevy to Diaz, the latter of whom quickly went about upgrading the two-door with a new, modernized powertrain. Now, this Chevy is rocking a fresh LS2 V8, complete with a little boost from small turbocharger. Controlling the new powerplant is a Holley Terminator EFI system, which Diaz says made it a snap to get the car up and running. The Chevy also incorporates a large exhaust dump pipe that sticks up about a foot and half out of the engine bay, which plays well with the overall theme. 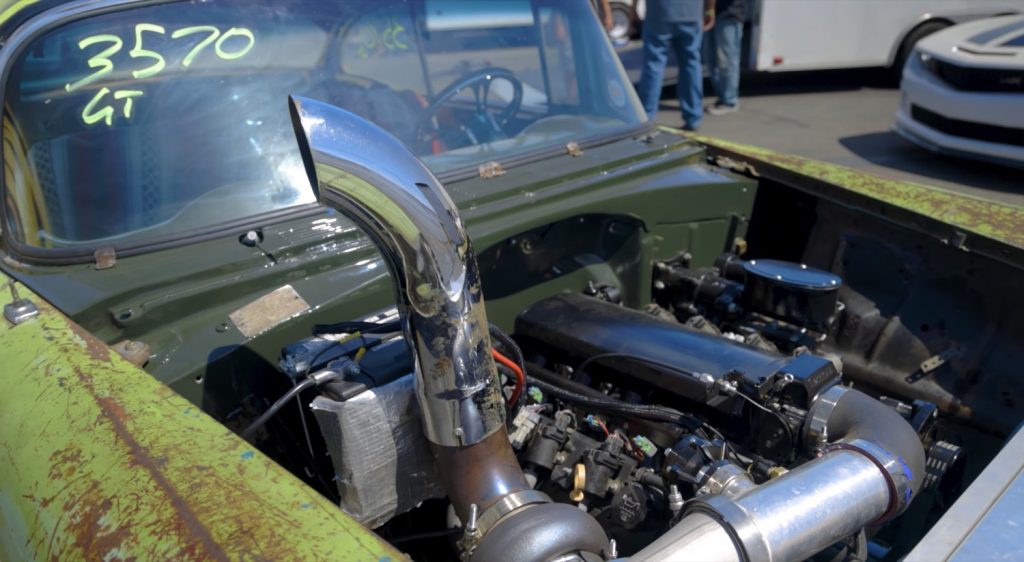 Diaz says this is the first time the car has seen asphalt in nearly half a century, with he and his partners working to get the car running specifically for LS Fest. Outside, Diaz kept the patina intact, choosing to instead focus on the powertrain and drivetrain, rather than aesthetics. That’s reflected by the rather torn-up interior as well.

All in all, this build looks like it’s an absolute blast to drive. Check it out for yourself in the following two-and-a-half minute video: