Bowing for the 1955 model year, the Chevy Nomad was part of the top-of-the-line Bel Air series. The two-door sport wagon was developed under GM styling chief Harley Earl. The Nomad had the same roofline as the 1954 GM Motorama show car of the same name. 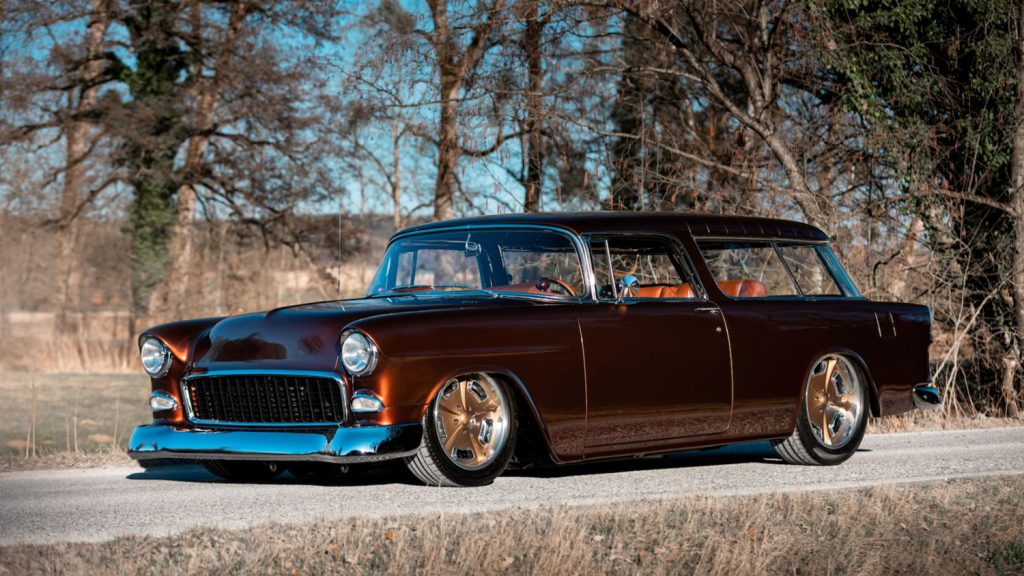 As part of the Bel Air lineup, the Chevy Nomad shared the A-body platform, and list of available options. Aside from the Corvette, the Nomad was one of Chevy’s most expensive offerings, carrying a base price of $2,571. 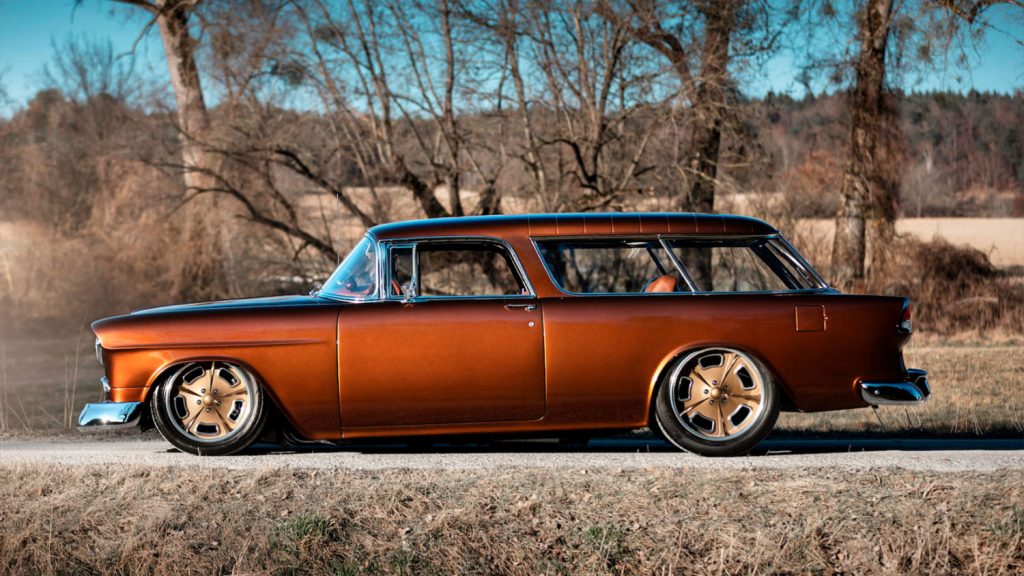 The new 265 cubic-inch V8 was standard equipment on the Chevy Nomad. The Nomad had more subdued chrome trim than the Bel Air, although it did share most of the Bel Air’s badging. The Nomad featured radiused wheel openings and a design that emphasized its sleek roofline. Interior trim was also from the Bel Air, with cloth seats and carpeting. The Nomad’s rear seats folded flat to maximize cargo space, which was accessible through the top and bottom split tailgate. 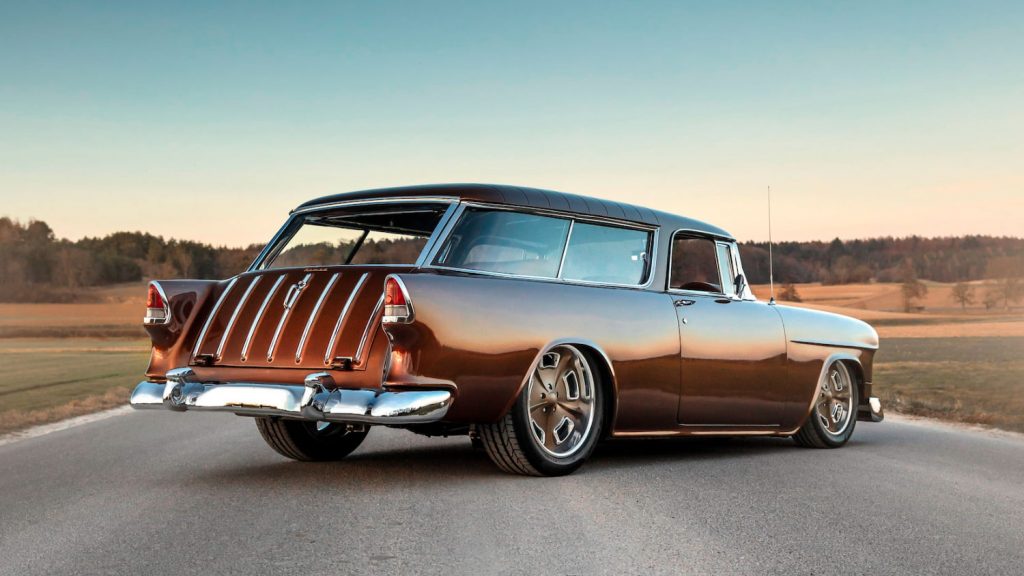 Our feature 1955 Chevy Nomad retains little of its original self outside of the basic shape. A full frame-off custom build, this Nomad has undergone a spectacular transformation. The finish is a custom Root Beer Metallic that has had obvious attention to prep and application.  There is new glass throughout. Most of the outside trim has been smoothed or eliminated for a much cleaner look. The RideTech air suspension gives the Nomad a more aggressive stance. It rolls on staggered Boyd Wheels, measuring 18 inches in the front, twenty inches in back, shod in low-profile performance rubber all around. Braking duties are tended to by Wilwood six-piston power discs in front, and four-piston units in the back. 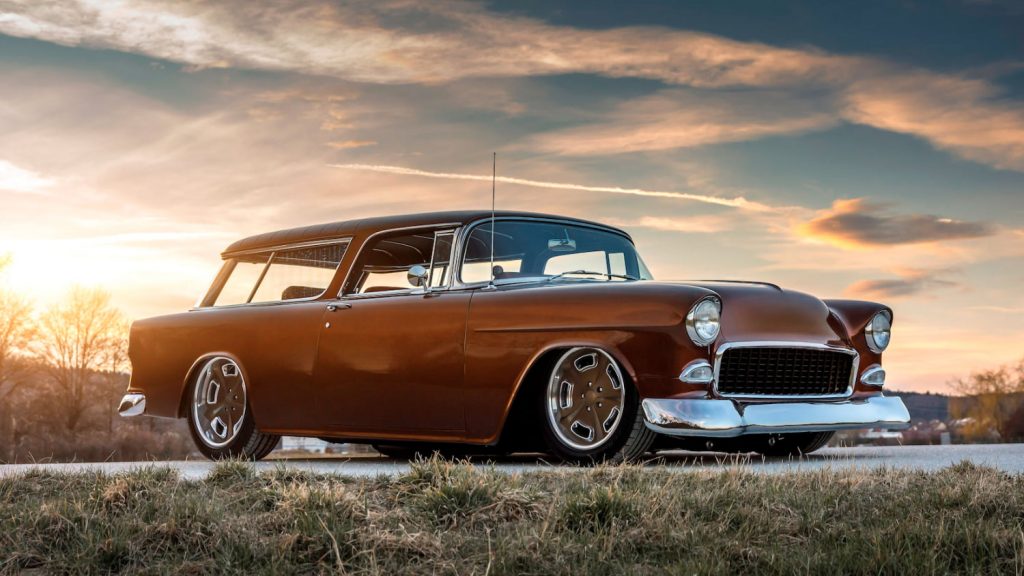 Inside, the Chevy Nomad is a glorious custom interior. The TMI seats are covered in sumptuous dark saddle leather with contrasting light stitching and ventilation grommets. The leather-covered console is home to the shifter, cupholders, power window switches, and touchscreen-controlled Alpine sound system. The tunes are amplified by a Helix amp that pushes sounds through Gladen speakers. The stock gauges have been replaced by HDX gauges from Dakota Digital. The black steering column is a tilt unit from Flaming River, topped by a custom wood steering wheel with three split black spokes. The Nomad is equipped with the aforementioned power windows, power locks, power steering, Vintage Air, Lokar shifter, door handles, and pedals. 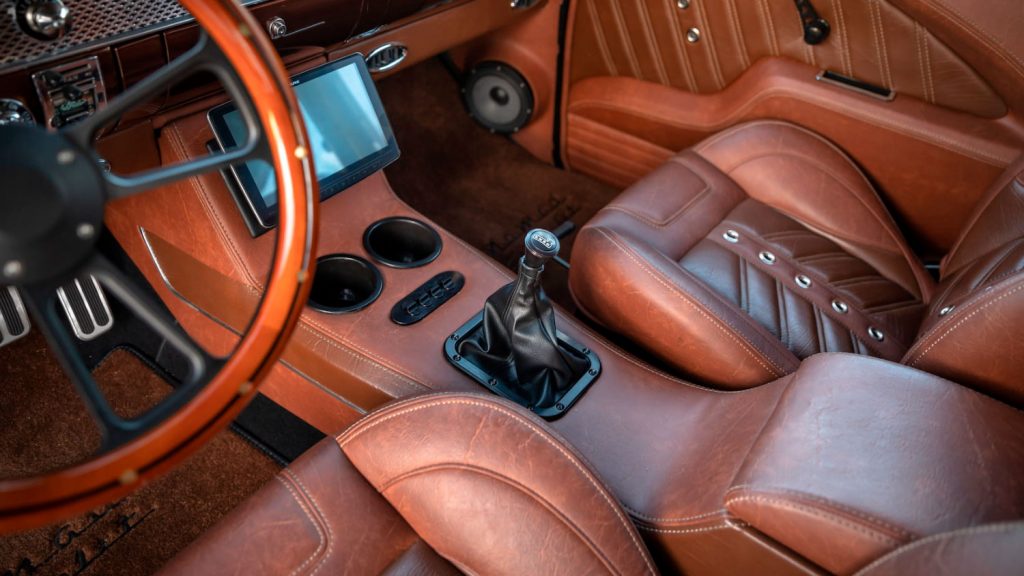 The cargo area is just as brilliantly finished, with a stained hardwood floor, the same custom leather on the sides, chrome tailgate hardware, and a display quality compressor that feeds the suspension through black anodized hard lines. 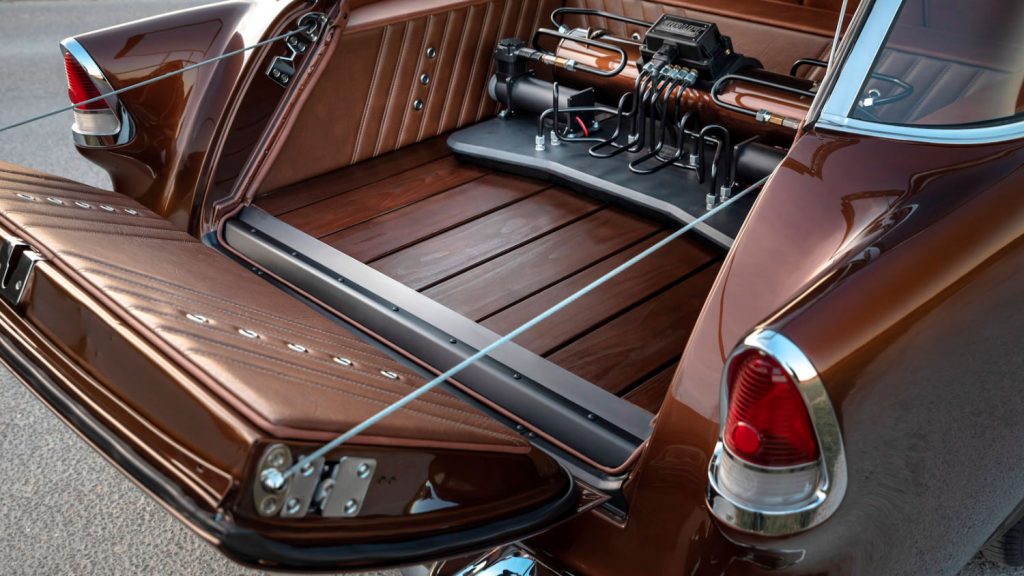 Under the hood of the Chevy Nomad is a performance marvel in the guise of a GM Performance 6.2-liter supercharged LSA V8 with all the goodies. The supercharger is fed by a Rotofab cold air intake. An LSX performance accessory drive keeps everything turning properly, and spent gasses are exhaled through a set of long tube headers. The firewall has been smoothed and painted in the same Root Beer Metallic hue, while the fenders are the same matte black that graces the engine. 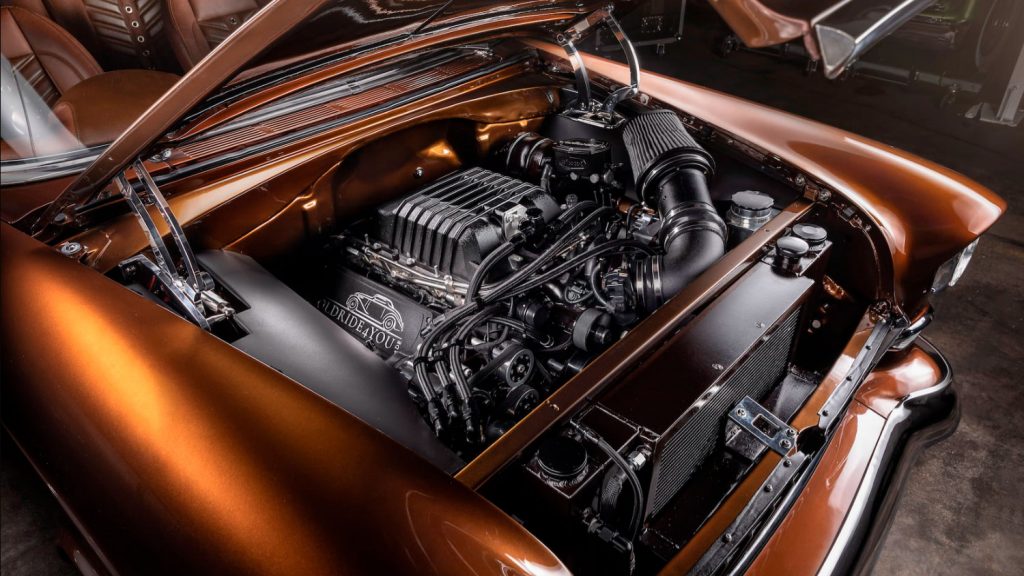 This stunning 1955 Chevy Nomad will cross the auction block at the Mecum Auctions Orlando, Florida sale happening July 6th through the 9th. 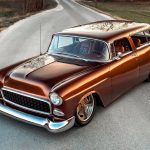 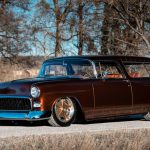 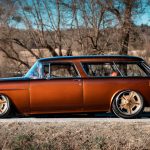 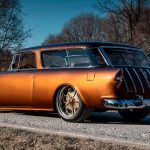 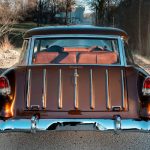 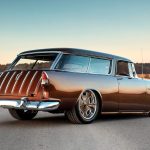 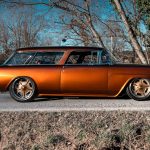 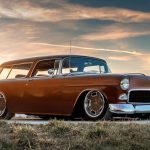 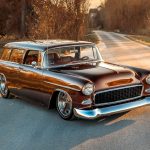 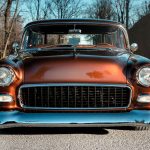 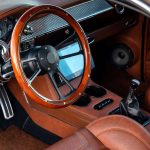 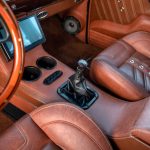 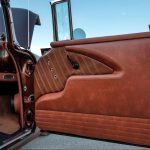 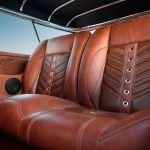 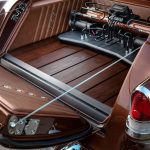 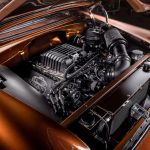