Trifecta Performance undertook the challenge of tuning a Cadillac CT4-V Blackwing, which is an impressive feat, considering the super sedan is underpinned by the advanced Global B electrical architecture. That architecture is extremely difficult to “hack,” thanks to safeguards put in place to prevent harmful bypass attempts. Good news, though. Not only did Trifecta succeed in flashing the CT4-V Blackwing ECU, but the tuned super sedan now throws more boost than the stock boost gauge can measure.

On Wednesday, May 6th, the Washington state-based performance shop posted about its findings on its website. “We have natively tuned the boost on our CT4-V Blackwing beyond what the gauge can display,” the post explains. The boost gauge showed 20 psi of boost, but Trifecta notes that the value is actually higher, as the Driver Information Screen (DIL) stops registering numbers in excess of 20 psi. Trifecta states that its tuning setup is capable of producing roughly 22 or 23 psi at sea level. 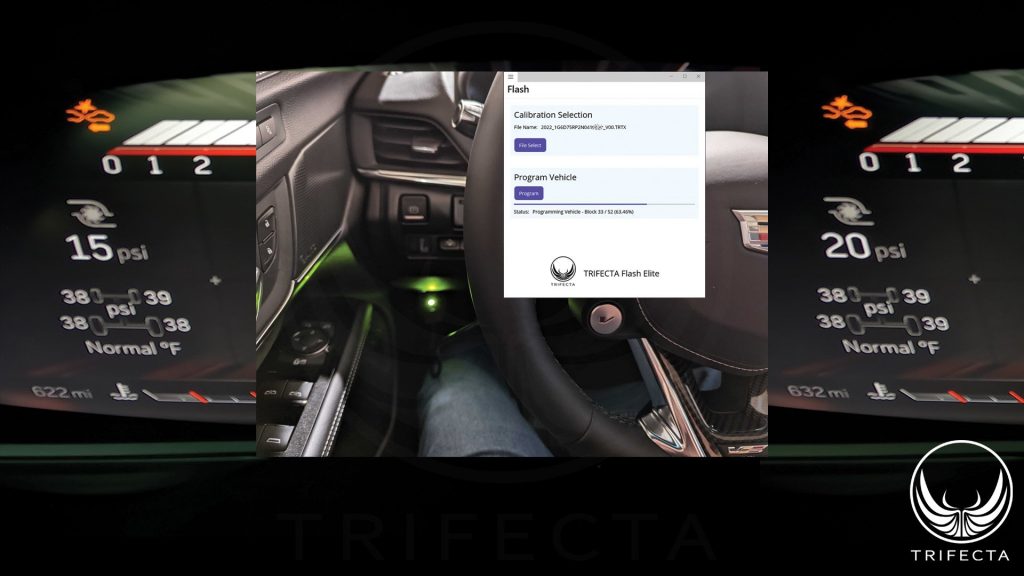 The Trifecta team noted that they ran into a similar scenario while tuning a Cadillac ATS-V.

Last week, GM Authority Executive Editor, Alex Luft, spoke with Owner, Founder, and Engineering Director at Trifecta Performance, Vince Geglia, to find out the gritty details on what it takes to flash a Cadillac CT4-V Blackwing ECU. “On the tuning side of it, there’s nothing we’ve seen yet that suggest the actual tuning of it is any different than Global A,” Geglia said. “It’s all the same tables, all the same constraints that are in there. The software itself hasn’t really changed, the challenge you get is how do you get those bits into the ECU.” 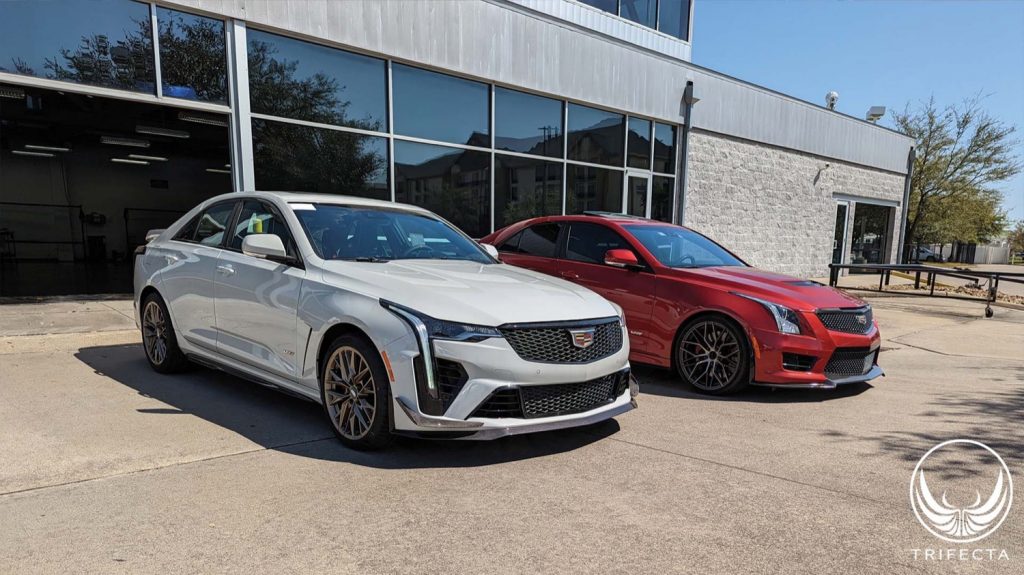 As with any ECU modification, there’s a concern that something might not play nice with the new software. Thankfully, Geglia doesn’t have any issues to report from Trifecta’s tuned CT4-V Blackwing. “We have not observed any problems of that sort,” Geglia said. “We have a couple development vehicles, one of them has been running a modified ECU for several months and it still gets over-the-air updates and OnStar still works. There haven’t been any issues yet.”

The 2022 Cadillac CT4-V Blackwing is the range-topper of the CT4 family. The super sedan is powered by the twin-turbocharged 3.6L V6 LF4 engine rated at 472 horsepower and 445 pound-feet of torque. In that regard, its bone-stock drivetrain certainly isn’t short on power. A six-speed manual transmission is standard, while a 10-speed automatic is optional. Power is routed exclusively through the rear wheels. 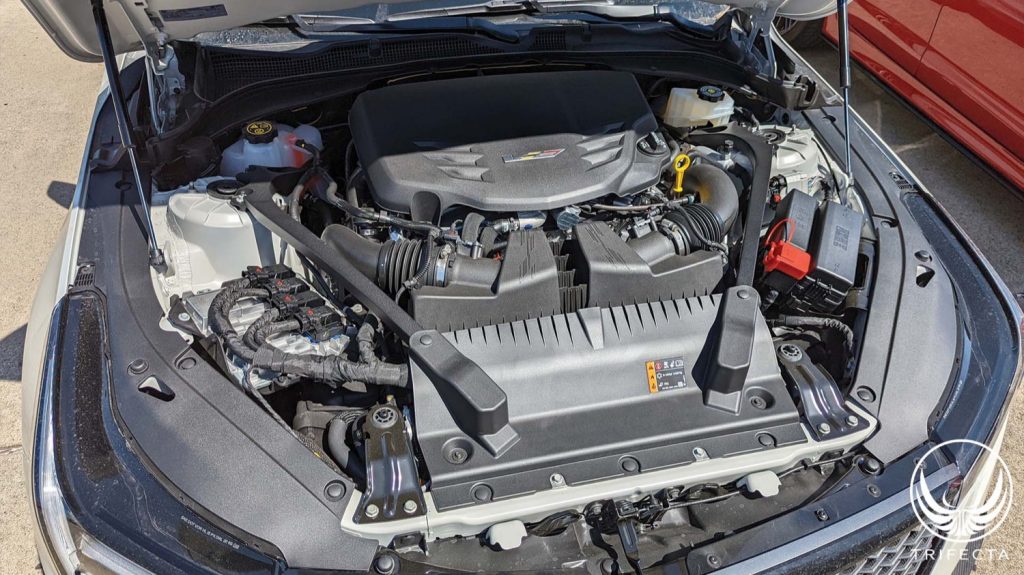