It doesn’t matter how fast it is or how much power it makes – inevitably, there’s always gonna be someone out there that will want to tune it for more. Such is the case with the owner of this 2009 Chevy Corvette ZR1 C6, who added a few choice performance mods to transform his ZR1 into a truly wild street machine. 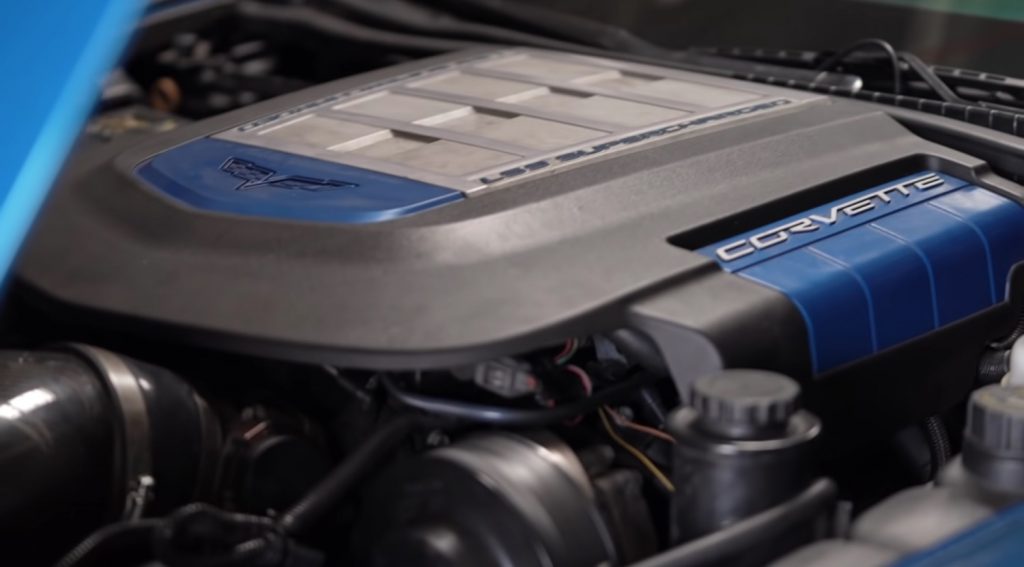 Right out of the box, the ZR1’s supercharged 6.2L LS9 V8 is rated at 638 horsepower at 6,500 rpm and 604 pound-feet of torque at 3,800 rpm, which made the 2009 Corvette ZR1 the most powerful and fastest production car that GM had ever produced when it was first released. Now, however, this particular Corvette ZR1 is putting down 762 horsepower at the wheels, which is estimated to be more like 800 ponies at the tire in ideal conditions. 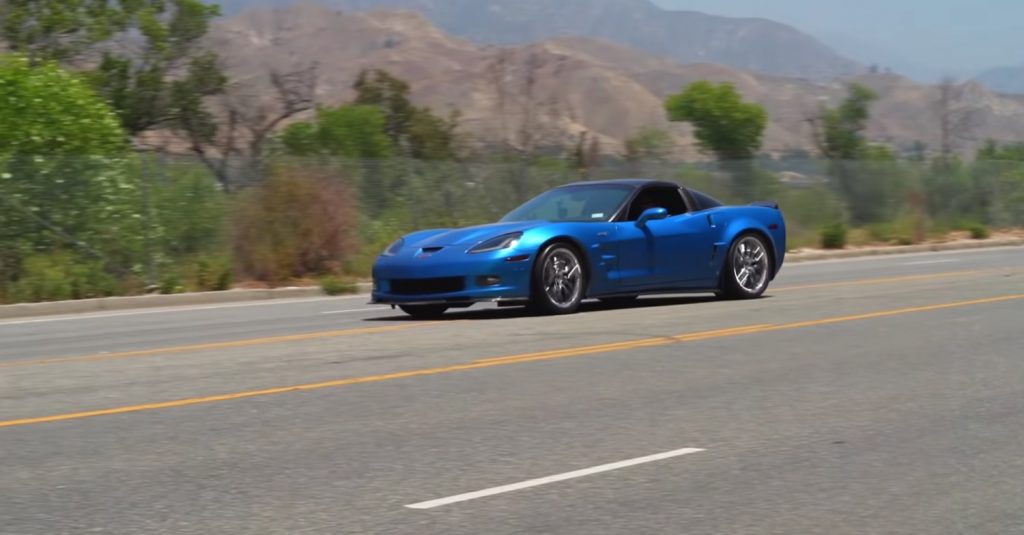 Making all that muscle a reality is a selection of complementary engine mods, including a smaller 2.45 pulley for the supercharger, as well as a full header-back exhaust system with custom titanium pipes for the axle-back section. Further upgrades include things like a BTR Stage 3 cam package, titanium valve springs and retainers, and ARP head studs, while E85 flows through a flex fuel kit. With a custom tune, this thing is ready to rip. 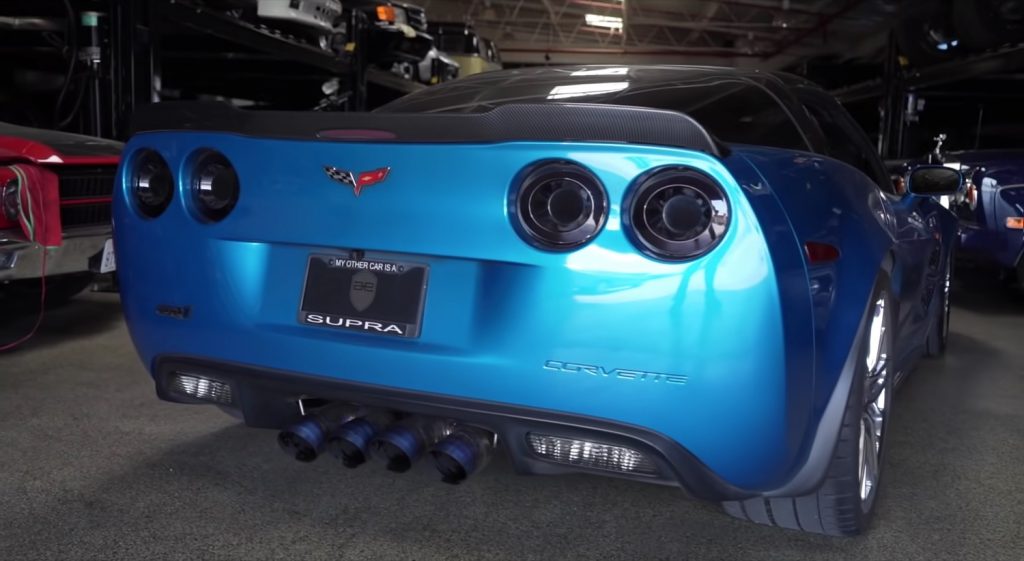 Interestingly, the Corvette ZR1 drivetrain is totally stock, including the factory clutch, showing just how stout the factory components are right off the assembly line. The owner even says that if the clutch does eventually give up the ghost, he may just stick a new factory clutch in there to keep the drivability more livable on the street.

This Corvette ZR1 looks good too, showing off the relatively rare Jetstream Blue paint option, complete with the factory carbon fiber aero bits and carbon roof. In fact, a quick glance at the exterior and interior wouldn’t reveal the extra power on deck.

Check out the full build, plus some straight-piped acceleration runs, right here: