Detroit police arrested one person after they were caught scaling the side of the towering GM Renaissance Center in downtown Detroit over the weekend.

A video posted to Twitter by Kevin Jeanes, a journalist for local ABC affiliate WXYZ Detroit, shows the person scaling the side of the GM Renaissance Center as surprised Detroiters watch on from the city’s riverfront walk. The man allegedly made it to the top of the tower he was scaling, which is one of a handful of towers that make up the large campus, before Detroit police took him into custody without incident.

Somebody climbing the Ren Cen about an hour ago. Looked like a stunt, and it sounds like he made it to the top. Police have cleared out. #rencen #detroit #climber pic.twitter.com/i9Xq2q6sWP

While some people will scale towers to help get free publicity for a political cause they believe in, this climber did not unfurl a banner during his ascent. Police told local news outlets they were still speaking with the individual to determine a motive shortly after their arrest around 3:30 p.m. on Sunday.

GM purchased Renaissance Center in 2008 for $626 million after leasing the property from its previous owner since 1996. The office building was commissioned by Henry Ford II as he sought to revive downtown Detroit following the 1967 riots, with construction reaching completion in 1977 at an estimated cost of $350 million. 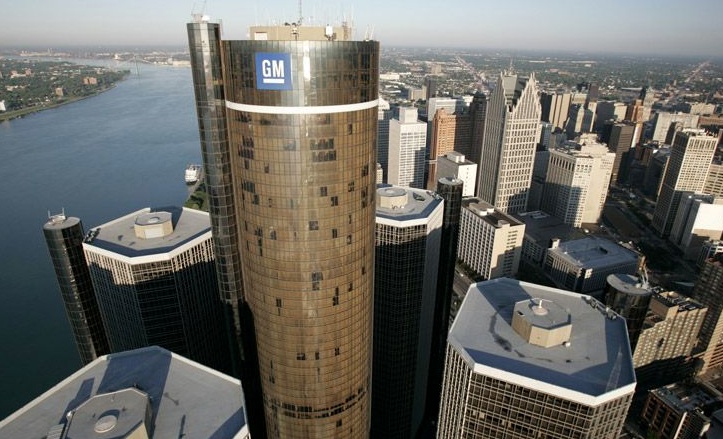 Despite many COVID-19 safety measures being dropped, the Renaissance Center still sits “eerily empty,” according to Deadline Detroit, partly due to GM’s Work Appropriately guidelines that allow its office employees to work from home if they wish. Some companies have also left the GM-owned space for other buildings in the Detroit area in recent years, including multinational financial firm Deloitte, leaving it at roughly 50 percent vacancy. Approximately 5,000 GM employees worked out of the building before GM implemented its Work Appropriately policy last year.