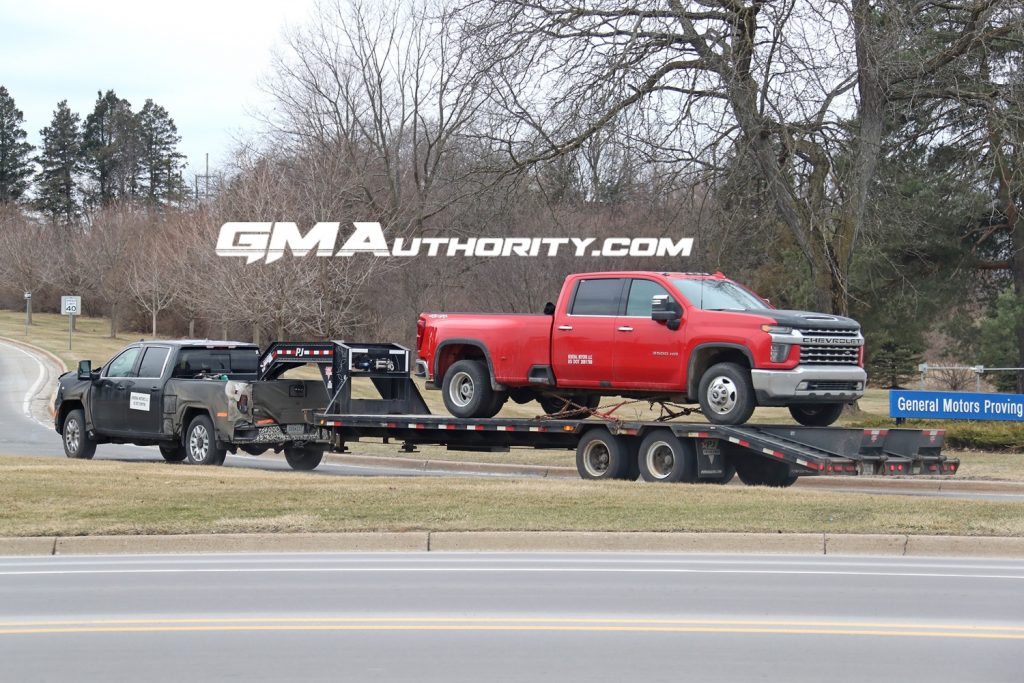 The refreshed GMC Sierra HD is currently under development and, as GM Authority reported previously, will go on sale for the 2024 model year. These updates will include revised exterior styling, including new front and rear fascias with new lighting elements. We expect these styling revisions to loosely follow those applied to the refreshed 2022 GMC Sierra 1500, which made its official debut earlier this year. 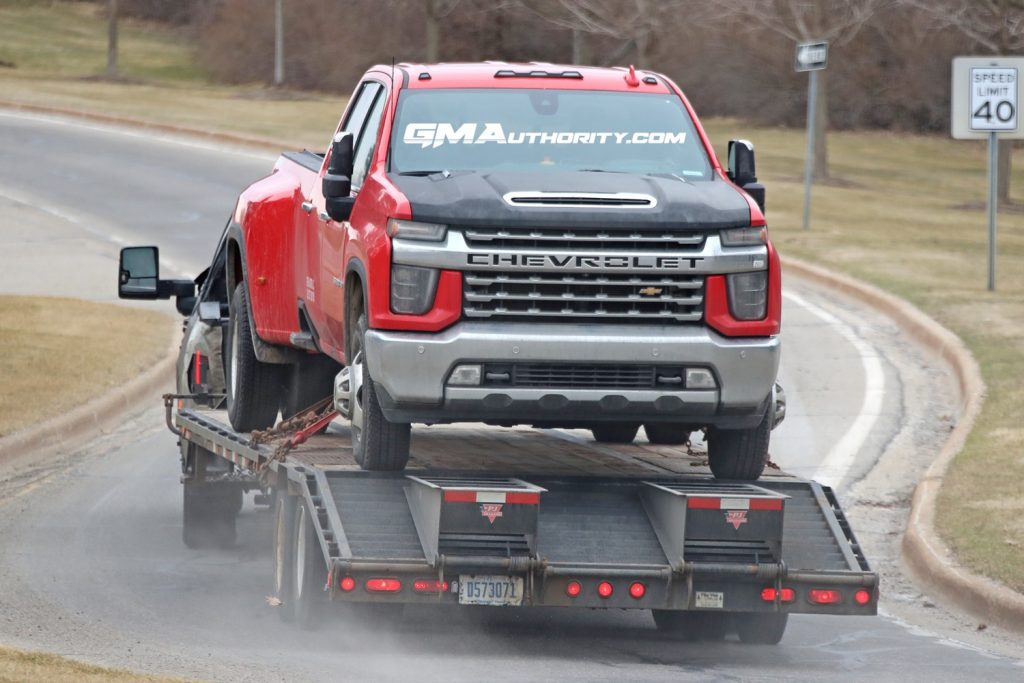 Inside, we expect the refreshed 2024 GMC Sierra HD will introduce a new, more upscale cabin layout with new available display screens – as evidenced by prototype models spied in the past. This will include the introduction of a new 13.4-inch central infotainment screen, which will be mounted above a horizontal hard-button arrangement. GMC customers can also expect a greater mix of high-end materials in pricier trim levels, along with additional soft touch points. 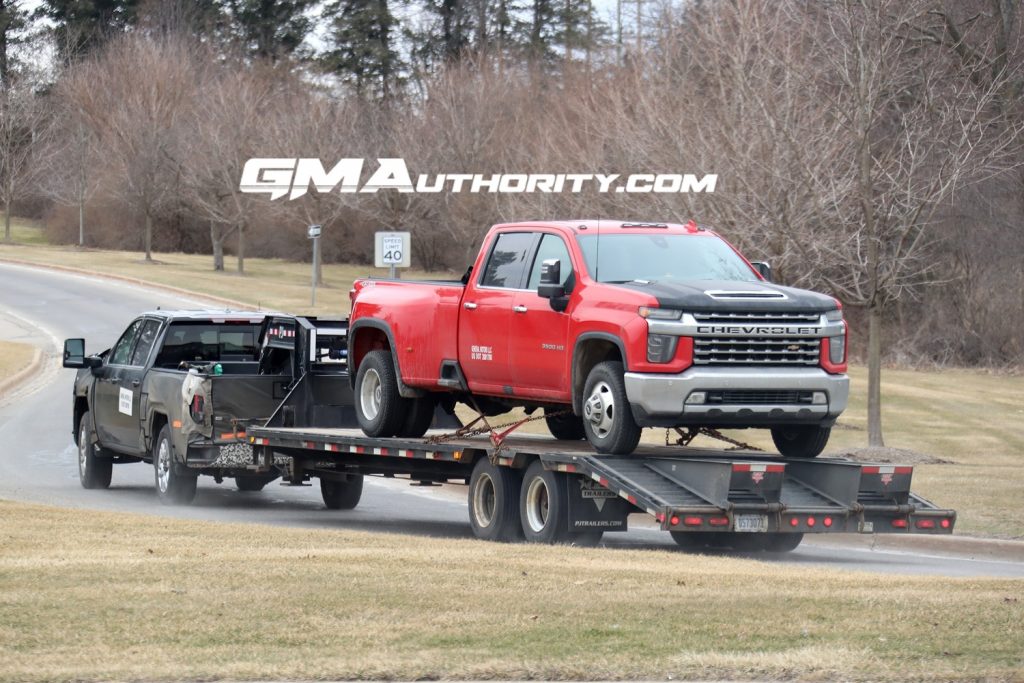 The refreshed 2024 GMC Sierra HD will replace the aging GM six-speed automatic transmission with the newer 10-speed for units equipped with the naturally aspirated 6.6L V8 L8T gasoline engine, while the 6.6L V8 L5P turbodiesel Duramax engine will get a boost in output to 1,100 pound-feet of torque and more than 500 horsepower. 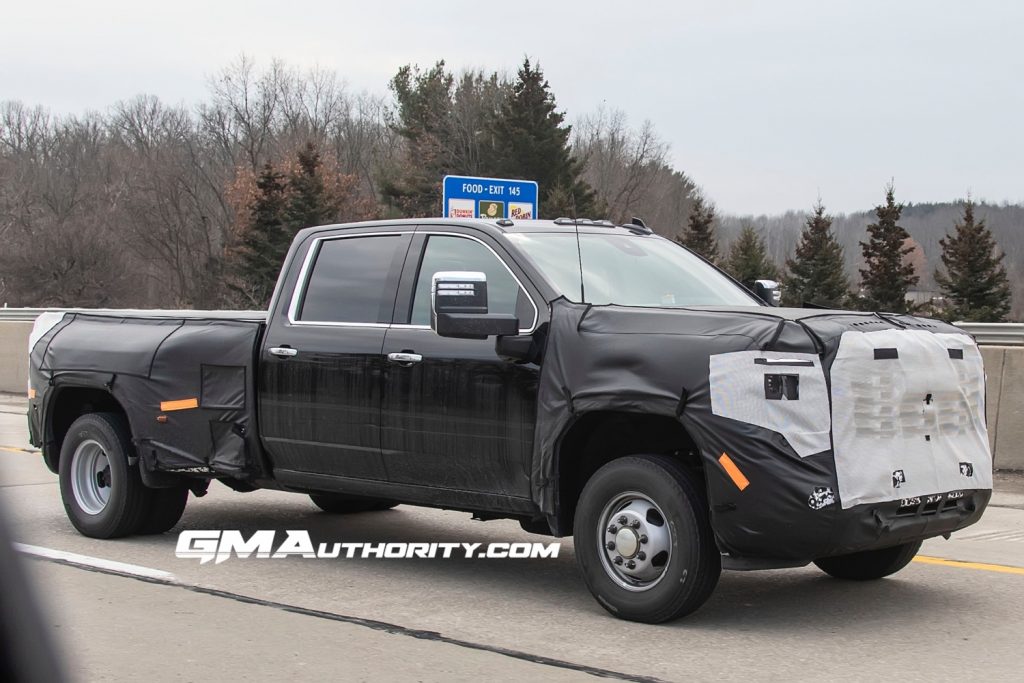 It seems likely this Sierra Denali HD prototype towing this model was undergoing powertrain tests for calibration, with the red Chevy Silverado HD LTZ test vehicle serving as a convenient and accessible way for GM engineers to mimic a more typical load for an HD truck. It’s worth noting this isn’t the first time we’ve caught GM testing its HD trucks in this way – we spied engineers testing a similar setup with a Chevy Silverado HD prototype back in April.

There’s still lots more to learn about the refreshed 2024 GMC Sierra Denali HD and the rest of the Sierra HD lineup between now and the truck’s debut in 2023, so be sure to subscribe to GM Authority as we bring you the latest GMC Sierra news, GMC news, and around-the-clock GM news coverage.