GM Authority spy photographers have captured the first photos of a refreshed 2024 Chevy Silverado HD prototype testing with its production headlights in place. 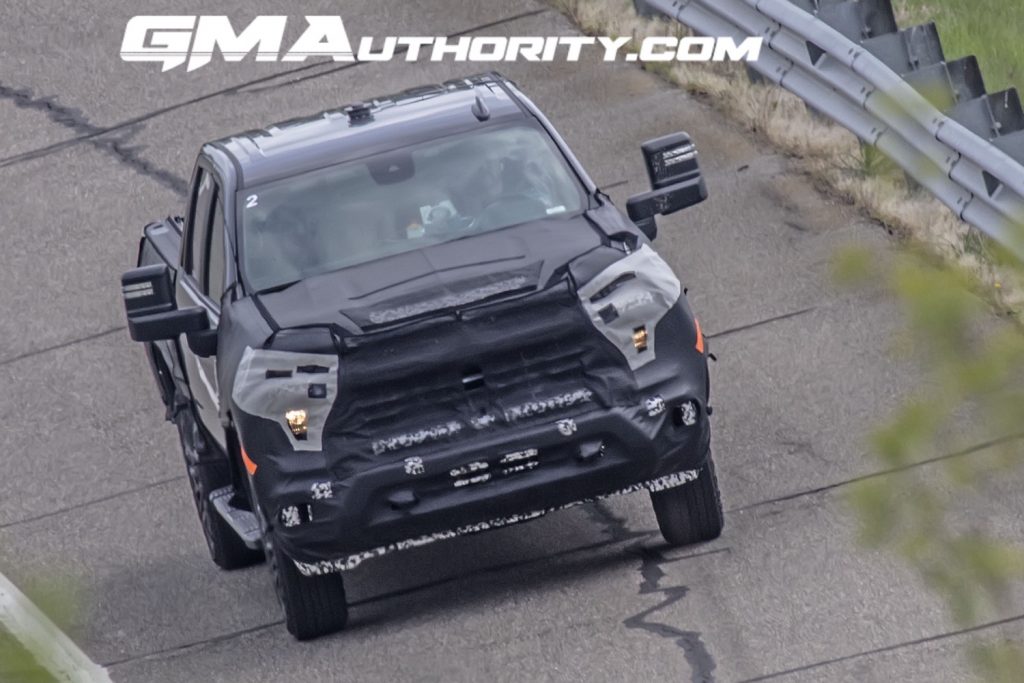 While our sharp-eyed spies have captured photos of a handful of different prototypes for the refreshed 2024 Chevy Silverado HD testing in the past, those trucks were heavily-clad in camouflage and didn’t really give away any of the redesigned truck’s styling secrets. This prototype, by comparison, has much less camouflage on it, with its restyled grille and redesigned headlamps poking through a thin layer of front fascia camouflage. 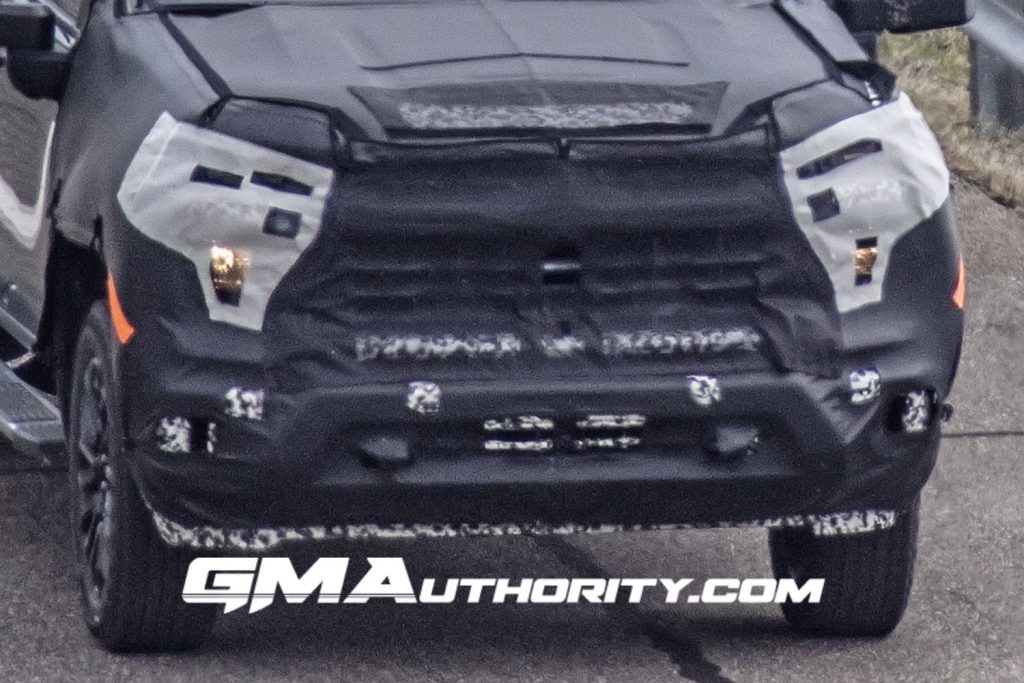 As we can tell from the photos, the primary headlights for the refreshed 2024 Silverado HD appear to have been moved below the Chevy badge and its attached crossbar, which sits in the upper quarter of the large front grille. Speaking of the grille, it appears similar to the current Silverado HD High Country grille, so this prototype may be a High Country or another well-equipped trim level. The updated Silverado HD will also introduce new LED lighting signatures to the nameplate, but we’ve yet to spot a prototype without camo applied to its headlight or taillight lenses. Regardless, this remains our best look yet at the redesigned Silverado HD since prototypes first began appearing in public last summer. 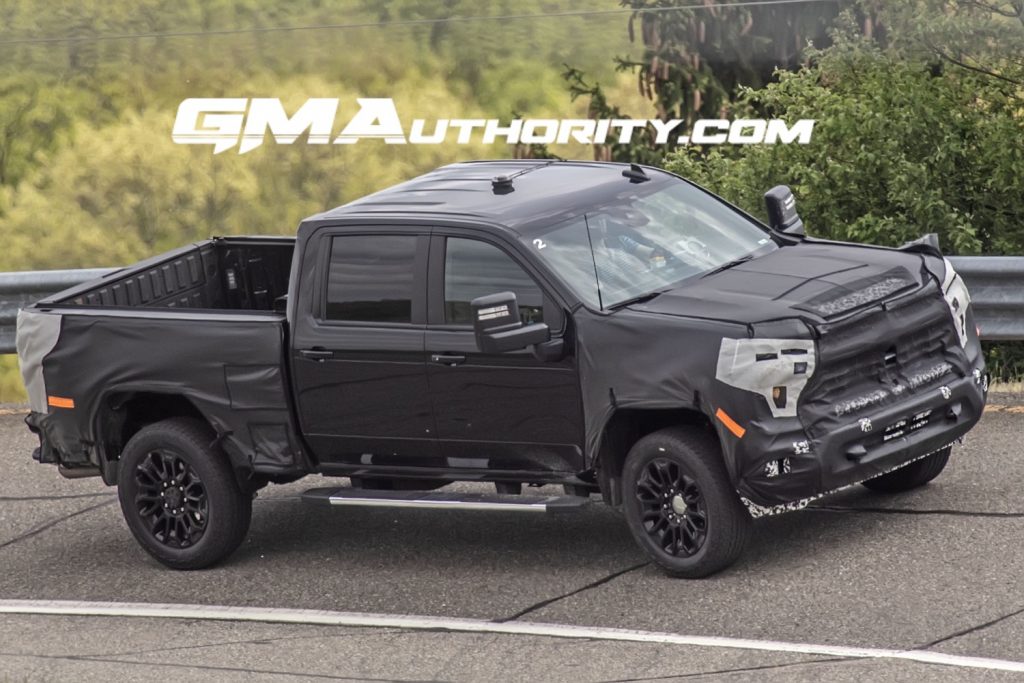 Some readers may notice this prototype is also showing off a new wheel multi-spoke wheel design with a gloss black finish, which match the gloss black exterior color. Our spies weren’t close enough to this prototype to make out the tire sizes, but an earlier Silverado HD High Country test truck we spotted was sporting a set of 22-inch wheels wrapped in 265/60R22 Goodyear Wrangler Territory A/T tires. 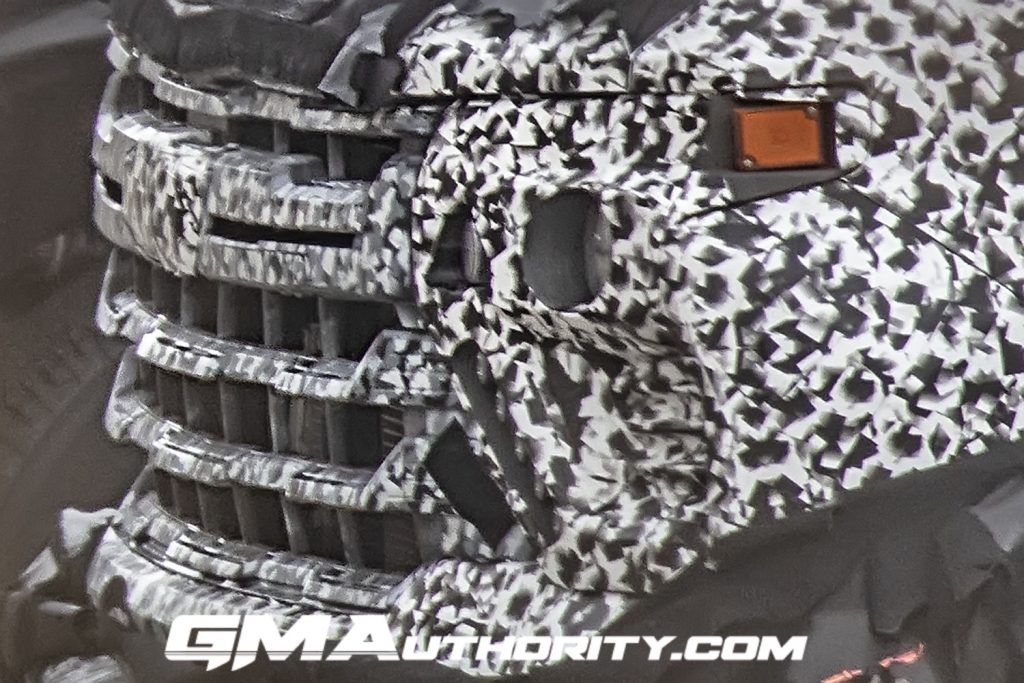 A separate prototype that was photographed by our team (above) left the redesigned truck’s grille largely exposed, but with the original placeholder lighting elements that we’ve seen in the past still in place. This shot gives us an up-close look at one of the new grille designs, which has an aggressive appearance thanks to the grille detailing and split grille bar. 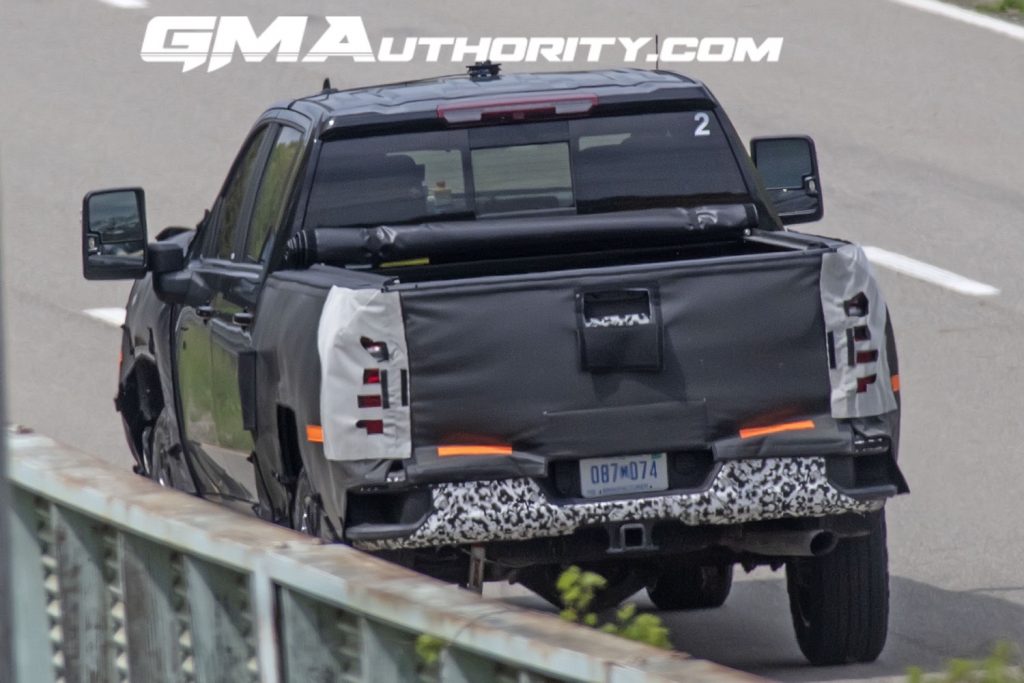 The refreshed 2024 Chevy Silverado HD is also set to introduce a fully overhauled interior, which will take after the refreshed 2022 Silverado 1500‘s cabin with regard to design and technology availability. A powertrain update is also in store, which will include some revisions to the Duramax diesel engine that will push output to over 500 horsepower and nearly 1,100 pound-feet of torque. A new Silverado HD ZR2 will be introduced for the 2024 model year, as well, offering enhanced off-road capability for single rear wheel models only. 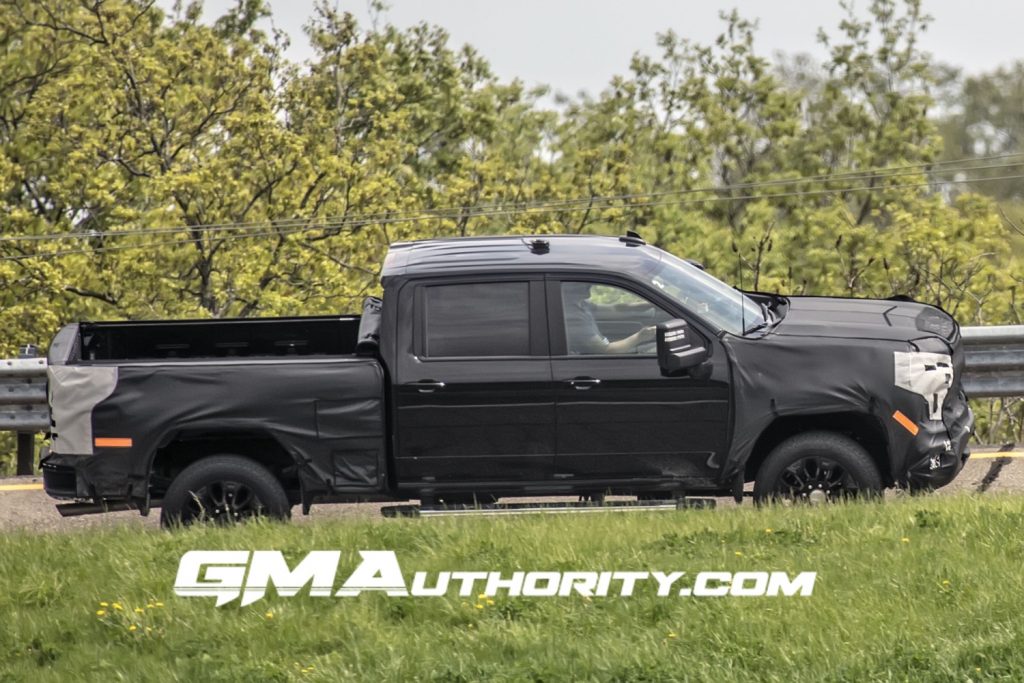 GM was initially set to introduce the refreshed Chevy Silverado HD as a 2023 model year product, however it was pushed back to 2024 due to development delays caused by the COVID-19 pandemic. We’ll have continuous updates on the truck’s development as its official debut approaches, so be sure to subscribe to GM Authority for more Chevy Silverado news, Chevy news, and around-the-clock GM news coverage.