Production of the Oldsmobile Cutlass nameplate ended in 1999, but these days, these old-school machines provide the basis for a variety of slick new builds and reimagined concepts. Such is the case with the following rendering, which takes the 1969 Oldsmobile Cutlass in a tasty new track-ready direction. 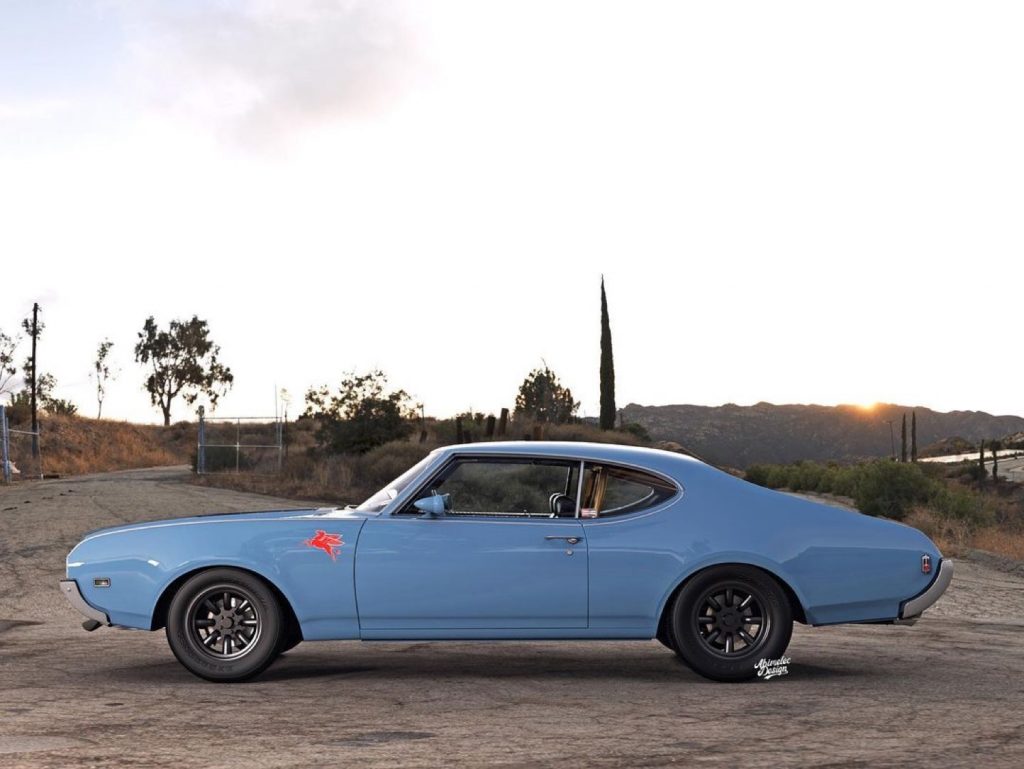 Coming to us from digital automotive artist Abimelec Arellano from Instagram (@abimelecdesign), this 1969 Oldsmobile Cutlass concept brings styling inspiration pulled from the Outlaw Porsches. For those who may be unaware, an Outlaw Porsche is essentially an older model that’s modified for performance and other custom upgrades, similar to a hot-rod muscle car. The artist was commissioned to make this rendering and decided to give it a road-race-ready style that combos go-fast enhancements with a dash of bespoke style.

Kicking it off is a set of Minilite mag style wheels, a classic design from road racing in the ‘60s and ‘70s. Wrapping the rollers are meaty BFGoodrich tires, with a staggered stance front-to-back that gives the two-door a slight forward-leaning rake. 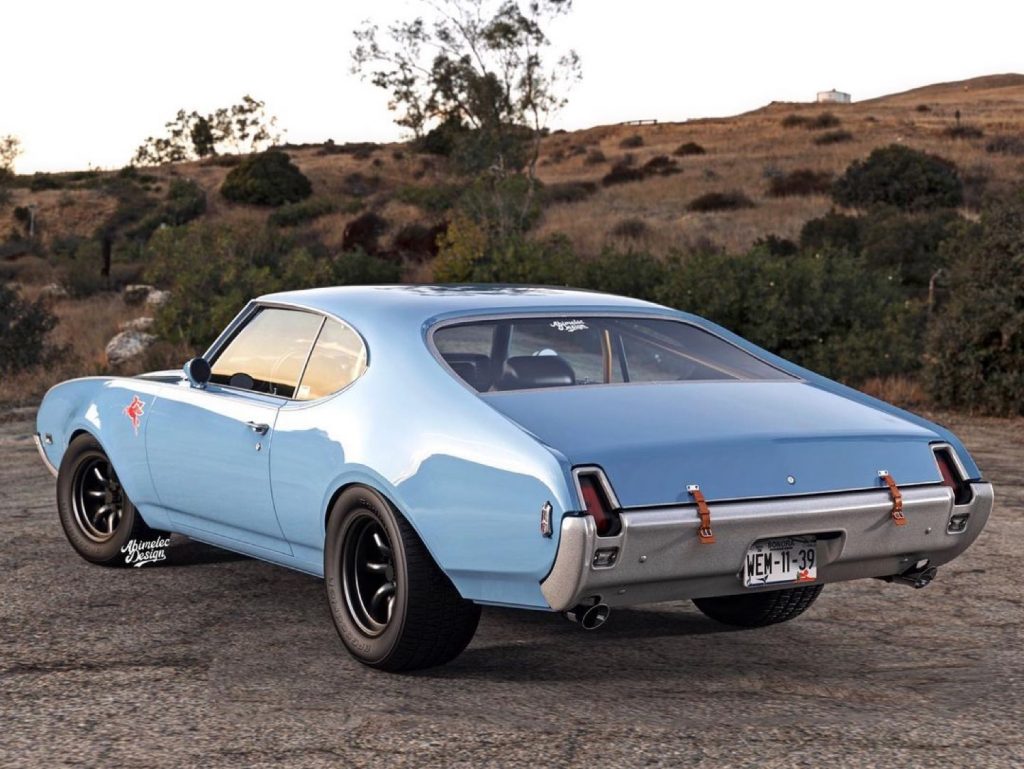 The suspension was also lowered a bit, settling the body neatly over the wheel-and-tire combo. Further changes to the body include new trim bits, with the chrome replaced with new brushed steel for a more purposeful aesthetic. The whole thing was draped in Porsche Etna blue paint, which complements the black wheels and brushed trim nicely. 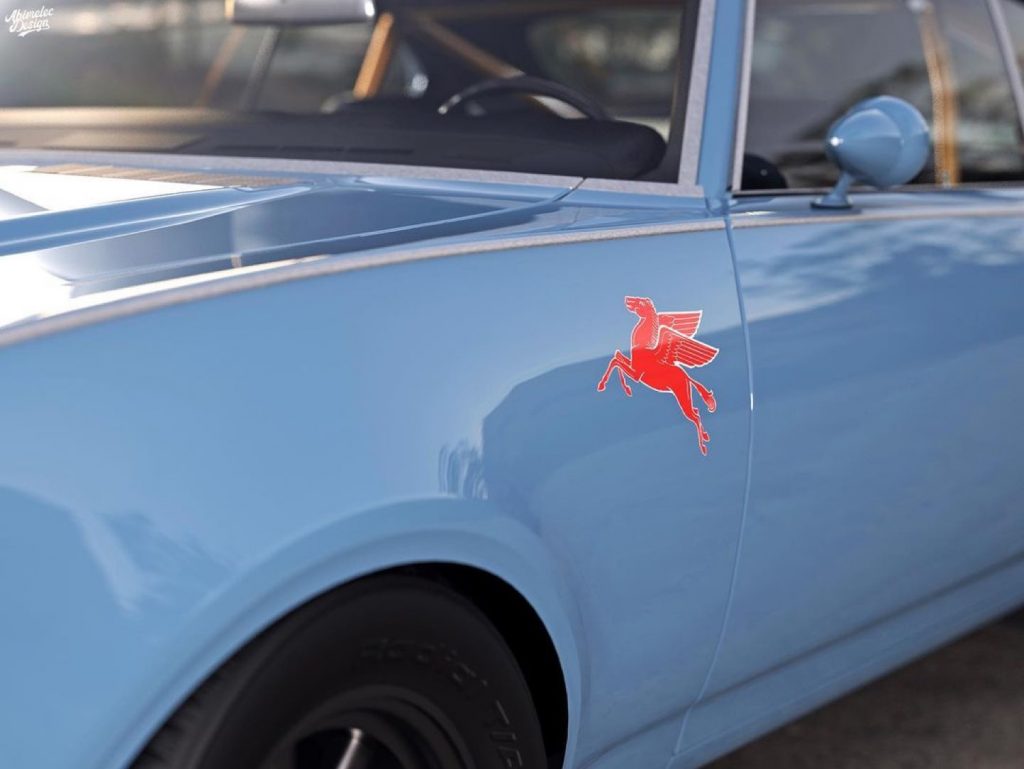 Final details for this custom 1969 Oldsmobile Cutlass rendering include a half-cage applied to the interior, once again following the road-race theme, as well as leather latches for the trunk and a red Pegasus graphic on the fender, the latter of which is a nod to the old Mobil Oil logo found on various old-school Porsches.

The overall end product is clean and attractive, without too much of a break from the factory lines. Check out the full series of renderings below: