Several Nascar Chevy teams showed muscle during the early stages of the 2022 All Star Race at Texas Motor Speedway on May 22nd, but a series of incidents took out several top contenders before they had a chance to seal the deal.

The first Nascar Next Gen Camaro ZL1 to experience issues was the No. 5 machine driven by Kyle Larson. Larson piloted the No. 5 Camaro to victory at the All Star race in 2021, and was looking strong to pull it off again. However, a flat tire occurred on the No. 5 Camaro, causing Larson to wreck into the wall from second place while attempting to track down race leader Kyle Busch in the No. 18 Toyota TRD Camry. Larson’s No. 5 machine was crippled, and he ultimately finished dead last in the special event.

With Larson now out of the All Star Race, Ross Chastain in the No. 1 Camaro set out after Busch’s No. 18 Camry. However, a flat tire struck the No. 18 Camry, putting Busch off the pace, and Chastain had nowhere to point the No. 1 Camaro to avoid the impact. The two race cars made contact, almost toppling Chastain’s No. 1 Nascar Chevy as it lilted up on two wheels before slapping back down onto the racing surface. 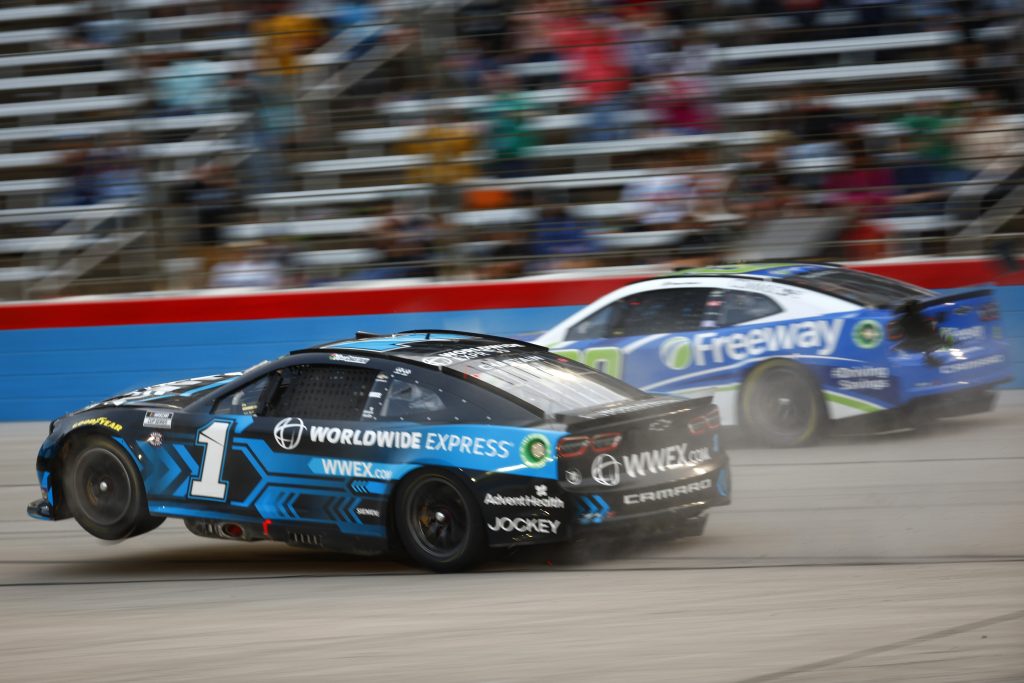 Chase Elliott, driver of the No. 9 Camaro, was collected when Chastain’s No. 1 Chevy shot up the racetrack. Elliott spun and contacted both the inside and outside walls hard, forcing him to retire from the All Star Race.

The incidents felled the dominant Nascar Chevy teams, and at the finish, it was all about the No. 12 Ford Mustang of Ryan Blaney and the No. 11 Camry of Denny Hamlin. The race culminated in a controversial finish. 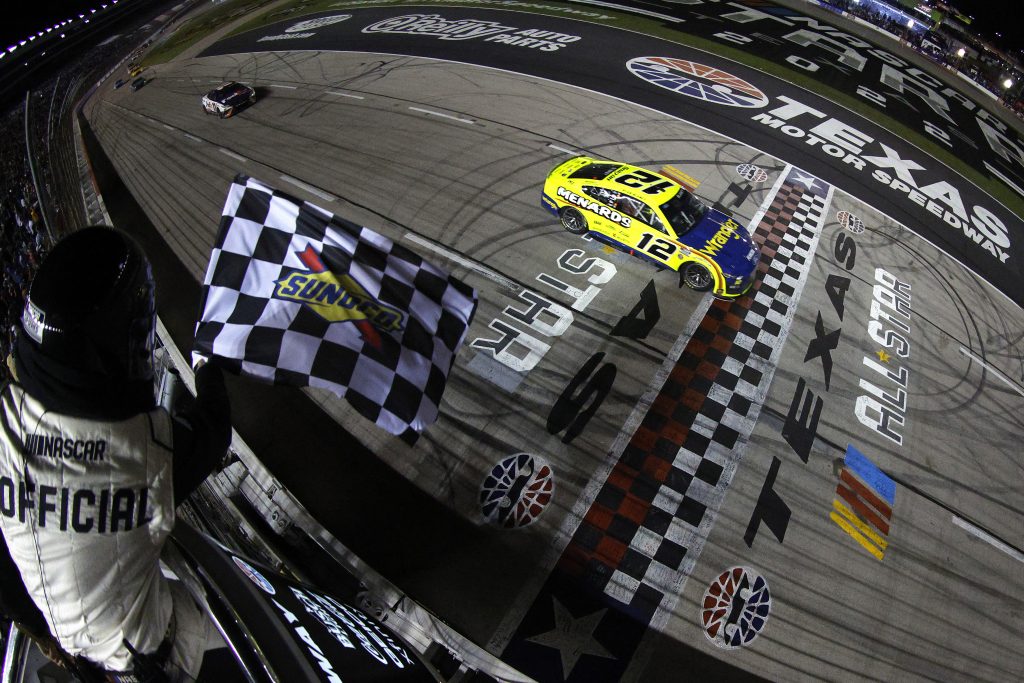 At a normal Nascar Cup Series event, a caution on the last lap would end the race. However, the sanctioning body implements a unique set of rules for the non points-paying All Star race, and deemed that the race would not be allowed to end under yellow. Instead, a last-lap caution would force an attempt at a Nascar Overtime finish. That’s exactly what happened. The No. 47 Camaro of Ricky Stenhouse Jr. spun out, prompting a caution flag just before Blaney’s No. 12 Mustang crossed the finish line. Blaney and his team incorrectly assumed the race was over and that he had won. However, they were informed that due to the special rules, two more laps had to be run.

Blaney’s No. 12 Mustang held onto the lead and ultimately won the race. However, many Nascar fans and personalities, such as Dale Earnhardt, Jr., voiced displeasure over the All Star Race and its ruleset on social media.