Automatic Emergency Braking (AEB) systems are becoming more and more commonplace across the auto industry, and in order to encourage the improvement of these systems, as well as improve the relevancy of system evaluations, the Insurance Institute for Highway Safety, or IIHS, has announced that it will alter the way that it assesses AEB systems through higher-speed testing. 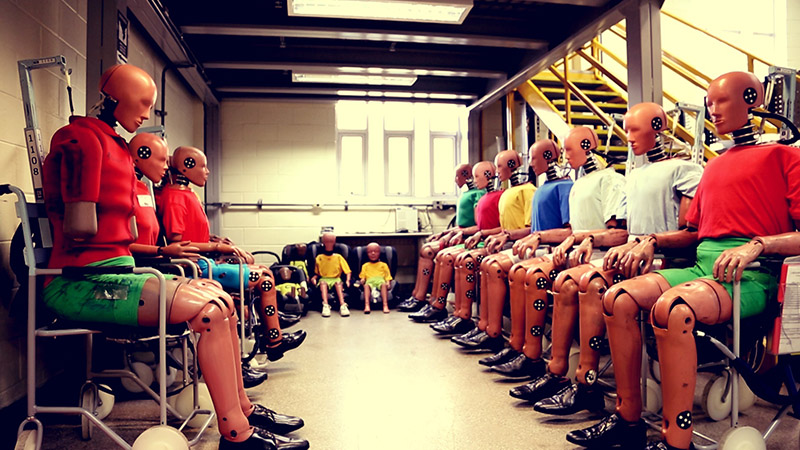 In a recent announcement, the IIHS says that its current AEB testing practices no longer effectively differentiate among the various AEB systems, with roughly 85 percent of 2022-model-year vehicles evaluated thus far earning a superior rating. As such, the IIHS will drop its vehicle-to-vehicle front crash prevention from its Top Safety Pick+ award criteria starting next year.

At present, the IIHS test simulates front-to-rear collisions at speeds of 12 mph and 25 mph. However, in a new IIHS study, the test represents only a fraction of rear-end crashes which the AEB systems are designed to mitigate.

“Thankfully, in the real world, AEB systems are preventing crashes at higher speeds than the maximum 25 mph our test program uses,” says IIHS Senior Research Scientist David Kidd. “The problem is that our current evaluation doesn’t tell us how well specific systems perform at those speeds.”

Additionally, the IIHS is considering expanding its testing to include the mitigation of rear-end crashes when striking a motorcycle or large truck, both of which would greatly increase the assessment’s relevance in terms of fatal crashes. According to IIHS research, a motorcycle, medium-sized truck, or heavy truck was the struck vehicle in more than 40 percent of fatal crashes.

Based on the IIHS findings, the organization says it will conduct research tests on six vehicles equipped with different front crash prevention systems at speeds up to 45 mph, while also conducting tests with different types of passenger vehicles, motorcycles, and trucks of various sizes.