Holley is well-known in the automotive aftermarket scene for its various performance powertrain parts, but it’s been slowly expanding its product catalog to include classic restoration parts in recent years, as well. This includes a comprehensive list of Chevy truck and SUV replacement parts, such as body and trim pieces, side mirrors, fuel doors and grilles. 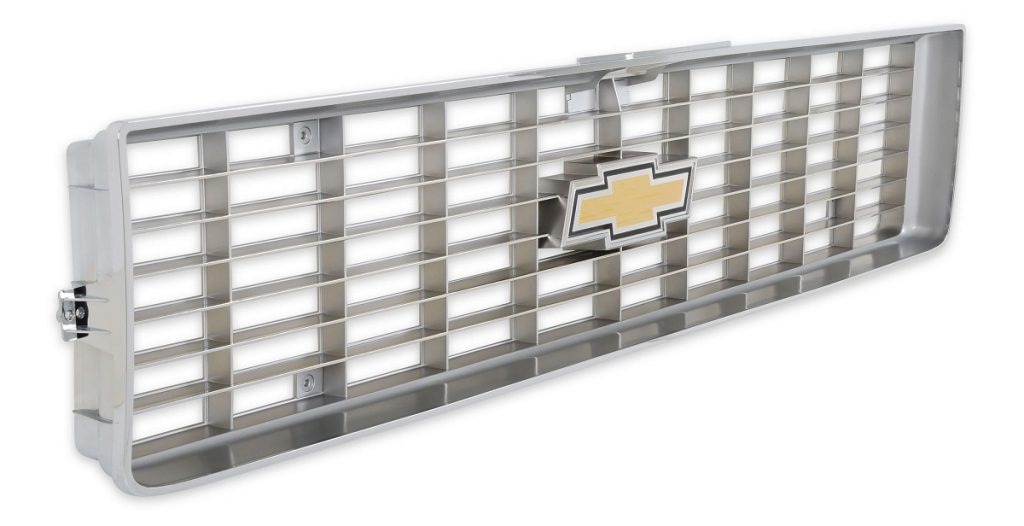 The Bowling Green, Kentucky-based company recently launched its new replacement Chevy truck grilles for the 1973 to 1974 model-year C/K, Blazer and Suburban. This is a non-OEM replacement grille for square body Chevy trucks that boasts identical styling to the factory grille. Not only does it have an OEM-style yellow Bow Tie emblem, it also has the same argent interior/chrome finish as the factory grille and uses the same mounting points.

“Something that can stand out on your square body is the grille,” the company says of the new grilles on its website. “If you have an old busted or worn grille, it can make an otherwise nice truck look not so nice. Well Holley Classic Trucks has the remedy with their new replacement grilles for the 1973-1974 Chevy C/K Series trucks as well as the Blazer/Suburban.” 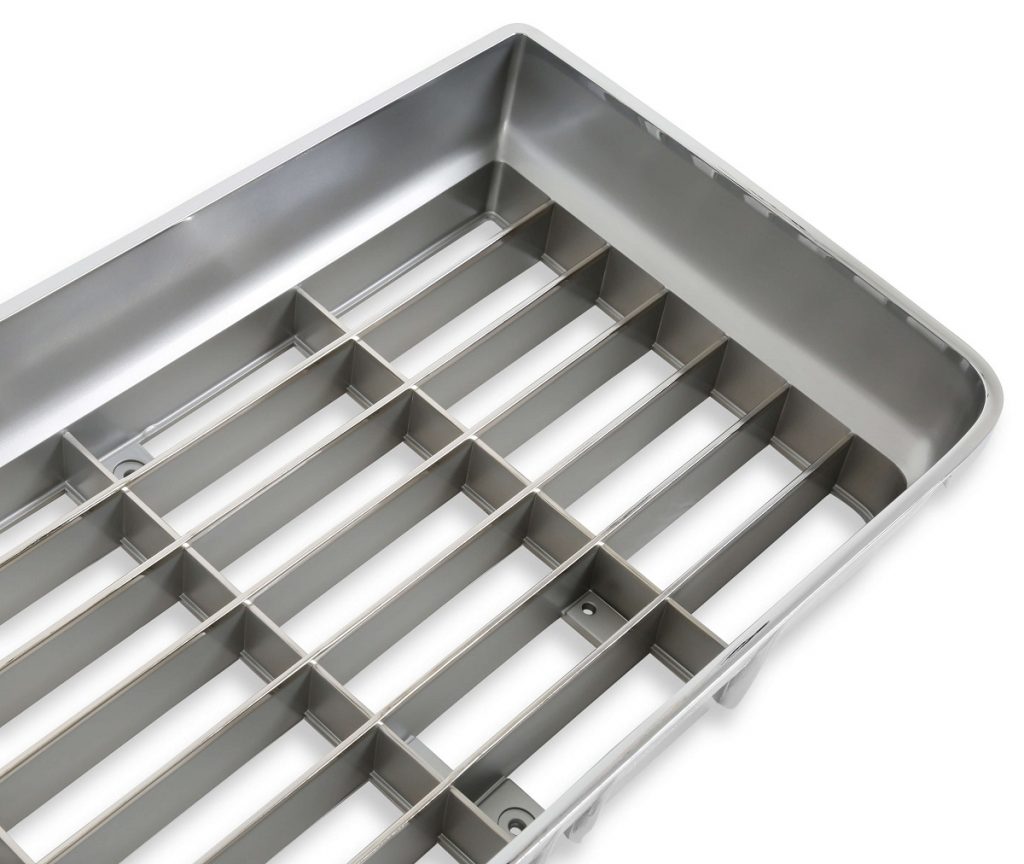 Holley customers could pair this replacement grille with the Holley RetroBright LED replacement headlamps that we covered back in March, which are offered in the seven-inch round size that fits 1973 to 1974 model-year Chevy truck and SUV models. This would essentially give these vintage square body trucks a factory-fresh appearance from the front, making these parts a decent option for DIY builders on a budget.

This Holley replacement grille for 1973 to 1974 Chevy truck and SUV models is priced from $219.95 on the company’s web store. Check it out at this link.