Earlier this month, General Motors announced a list of crucial details regarding the new 2023 Cadillac Escalade-V, such as a base price of $149,990 (including DFC). Cadillac will also offer the new Escalade-V in the extended-length ESV body style, and although pricing for the longer model has yet to be released, we can likely figure a base price of $152,990, given the non-V-Series Escalade ESV costs $3,000 more than the regular-length body style.

One of the most important bits for the new go-fast SUV can be found under the hood, where the 2023 Cadillac Escalade-V is motivated by the supercharged 6.2L V8 LT4 gasoline engine. Output is rated at a healthy 682 horsepower and 653 pound-feet of torque, all of which is routed to a full-time all-wheel drive system through the GM 10-speed automatic transmission. The sprint to 60 mph is completed in 4.4 seconds, with the quarter mile done in 12.74 seconds at 110 mph. 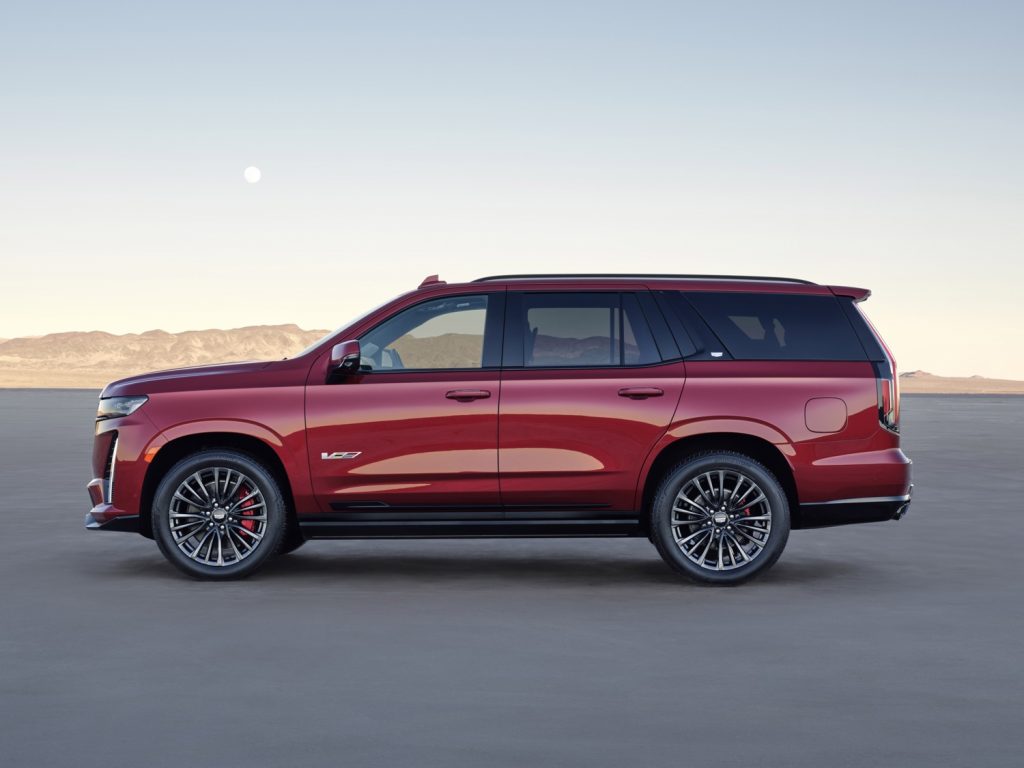 Complementary upgrades include Air Ride Adaptive Suspension and Magnetic Ride Control 4.0, as well as exclusive six-piston Brembo front brakes with Edge Red calipers. The exterior styling and bits of the interior were also upgraded to match the go-fast demeanor, while under the body panels, the 2023 Cadillac Escalade-V rides on the GM T1 platform. Production will take place at the GM Arlington plant in Texas.