If you’re the sort of enthusiast that finds themselves daydreaming about a modern GMC Jimmy, then Flat Out Autos in Jonesboro, Arkansas has a solution. Now, we’re taking another look at the upcoming Flat Out Autos GMC Jimmy with the following rendering. 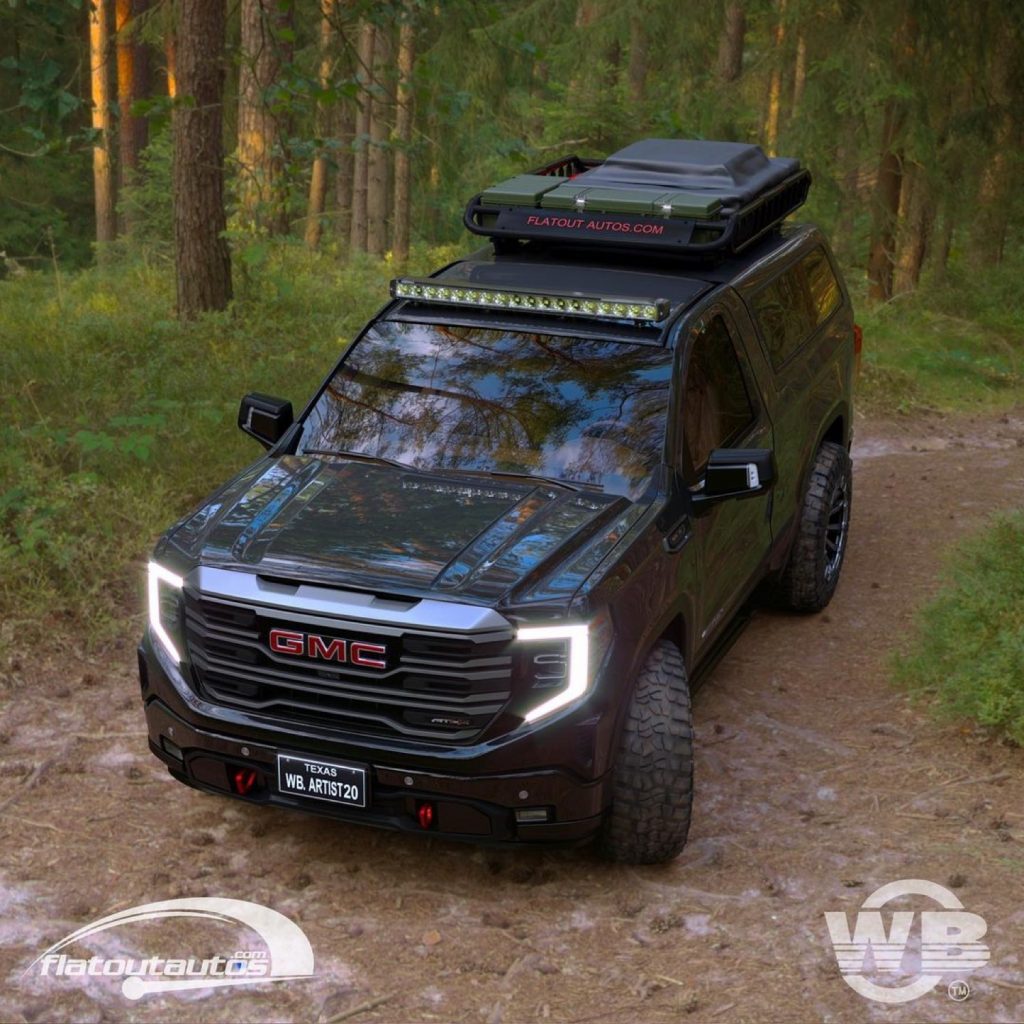 If you’re late to the party, let’s get back up to speed. Offered between 1970 and 1991, the GMC Jimmy was GMC’s take on the K5 Chevy Blazer before it was replaced by the GMC Yukon. Although GM is no longer officially offering the Jimmy, some enthusiasts are still clamoring for a modern relaunch of the SUV nameplate.

Enter Flat Out Autos. As GM Authority covered previously, Flat Out Autos has a number of interesting GM-flavored builds under its belt, including a modernized K5 Blazer that hit the scene at SEMA. Now, the custom auto shop is aiming to offer this modernized GMC Jimmy.

Based on the same platform as the contemporary GMC Sierra 1500 AT4X, the new modernized GMC Jimmy will feature a two-door body style utilizing the base truck’s single-cab body style. It also looks as though the custom vehicle will incorporate a removable rear roof section and rear seats, as indicated by these renderings. 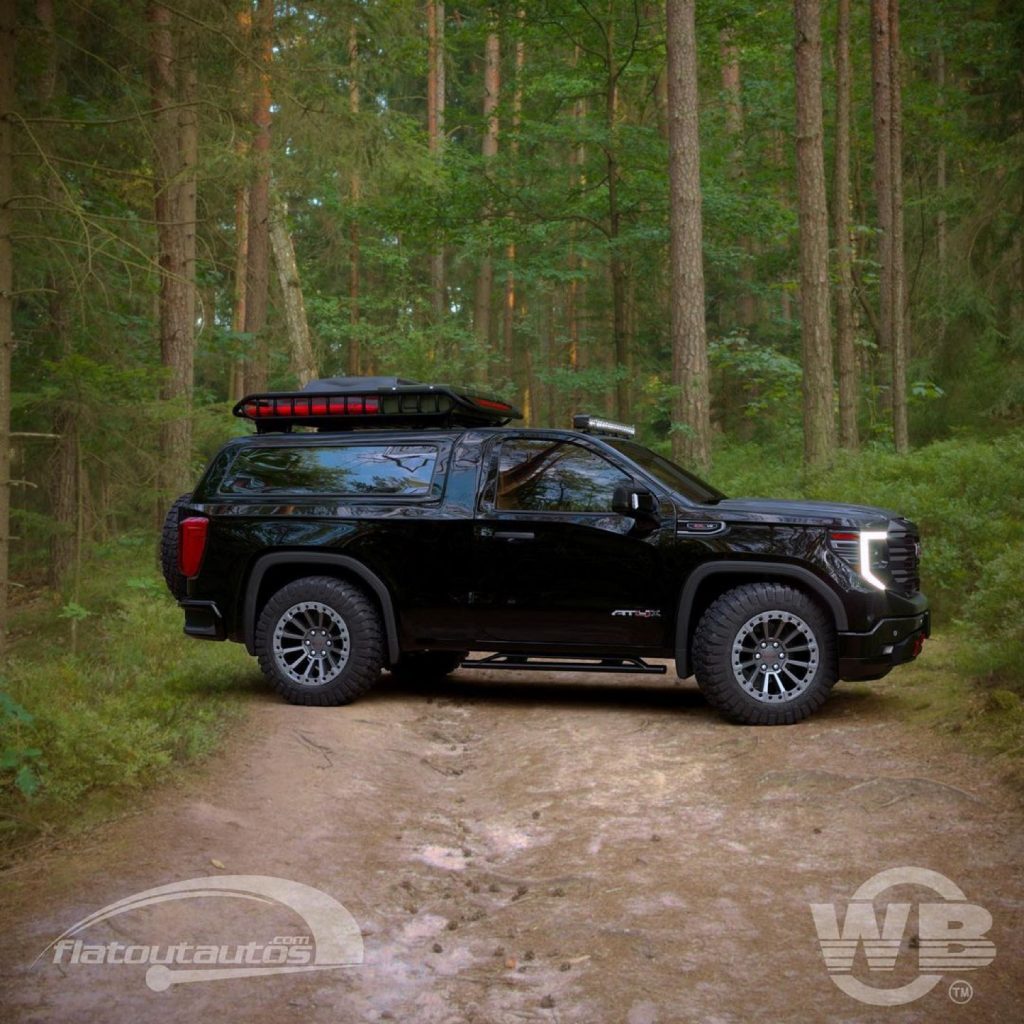 Clearly, this thing should be a wonder in the rough stuff, especially with the GMC Sierra AT4X underpinnings. In addition to the custom body, it appears as though Flat Out Autos will offer a wealth of optional extras and bespoke details, including custom wheel and tire packages, suspension upgrades, roof racks, lighting kits, and much more. Both gasoline and diesel powerplants will be offered.

These renderings were completed by digital automotive artist Oscar Vargas (@wb.artist), who posted the renderings to social media to give us a taste of what’s in store. Word has it a full reveal for the custom GMC Jimmy is expected for the 2022 SEMA Show in Las Vegas, an appropriate place to reveal this handsome new SUV.

Full pricing information is still forthcoming, but we would expect something well into six-figures, with some very limited production numbers to match. Check out all the latest renderings right here: