GM has filed a patent application for a system that would be able to automatically insert a charger into an electric vehicle’s charging outlet without the need for human input.

This GM patent filing has been assigned application number US 2022/0126718 A1 with the United States Patent and Trademark Office (USPTO) and was published on April 28th, 2022. It’s titled “system and method of autonomously charging an electric vehicle” and lists Michigan-based engineers Xiang Zhao and Ninjiang Huang as the inventors. 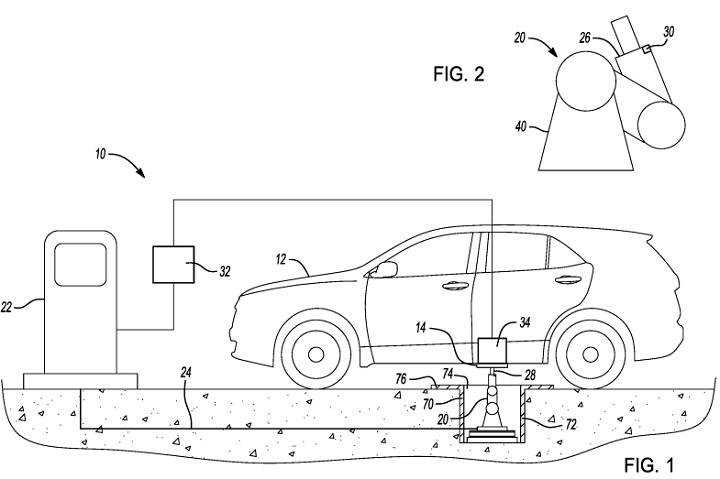 This patent describes a system that would be able to autonomously insert a charging cable into an EV’s charge port. The design includes a “movable charge arm” that is “movable within a predetermined number of degrees of freedom” to connect the plug with the port. The charge arm may have a sensor or camera on the end of it, which would be capable of detecting where the charge port is located or when the plug has successfully been inserted into the port. In certain designs, the arm could be connected to a “sliding mechanism” that would allow it to reach the vehicle. The design may also move the vehicle itself in order to align it with the charge plug. 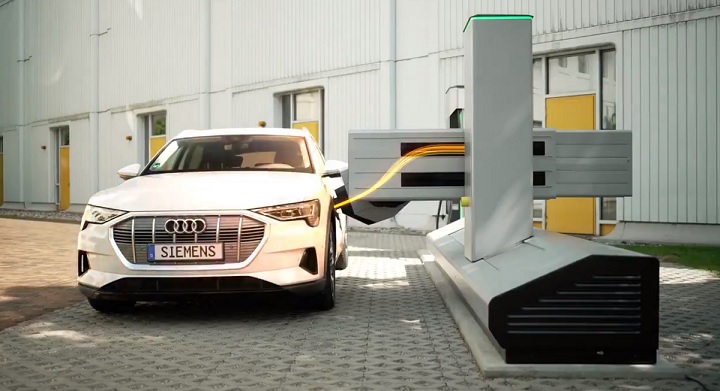 This system could be useful for future fully autonomous vehicles from GM, enabling these vehicles to travel to a charging stall and plug in without human intervention. This would be applicable in the case of fully autonomous fleets like the one GM may one day operate with its Cruise Origin robotaxi, as the vehicles would be able to find a charging stall and charge up all on their own. We’ve seen similar ideas from German tech giant Siemens, which presented a very similar design at the 2021 Munich motor show fittingly called the Siemens Autonomous Charging System. The tech company said this solution is still needed despite the existence of wireless charging, as inductive charging methods are inefficient and provide only a fraction of the charging power at the moment.

This is one of several recent GM patents that would be applicable to autonomous vehicles like the Origin or a future production version of the Cadillac SocialSpace Concept. Others include a suspension failure detection system, as well as a blanket airbag and an in-vehicle gaming system.