According to a recent report from Barron’s, which cites a form filed with the Securities and Exchange Commission, Jacobson paid $1.4 million on April 28th for the roughly 35,000 shares of GM stock. Average price paid per share comes to $38.79.

“The purchase speaks for itself,” Jacobson told Barron’s in a statement. “I think GM is undervalued, and a great investment.” 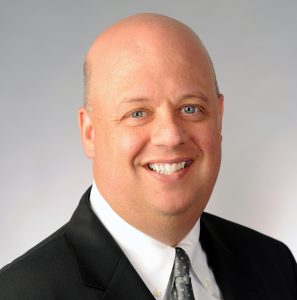 GM implements stock-ownership requirements for its directors and executive officers, with Jacobson expected to own four times his annual salary in stock. However, executives are given upwards of five years to meet those requirements, and as such, Jacobson was not required to purchase 35,000 shares in such a small period of time. To note, Jacobson was paid a base salary of $1 million last year.

Jacobson assumed the role of Executive VP and CFO of GM on December 1st, 2020, reporting to GM CEO Mary Barra. Jacobson previously served as CFO at Delta Air Lines, a position he held since 2012. Prior to serving as CFO at Delta, Jacobson was a financial analyst at Delta.

GM stock value has declined by roughly a third in 2022, as compared to an equivalent drop for Ford’s stock value and a 13-percent decline for the S&P Index during the same time period. Throughout 2022, GM, much like the broader automotive industry, has grappled with the effects of the global microchip shortage, curtailing production and reducing feature availability as a result of dwindling supplies of the crucial components.

Nevertheless, some investors are coming around and now consider GM to be a buy, including Cathie Wood, whose Ark Investment Management firm recently bought 158,187 shares of GM stock, despite Wood criticizing GM’s move towards EVs earlier this year.

GM stock value hit an all-time high in January following a presentation by GM CEO Mary Barra at the 2022 Consumer Electronics Show, during which Barra outlined the automaker’s EV plans and queued up the debut of the 2024 Chevy Silverado EV all-electric pickup. GM stock value rose to $67.21 per share following the event, but has since fallen to under $40 per share.