Corvette Racing narrowly missed the podium in IMSA WeatherTech competition at Laguna Seca this weekend, a positive result given the rather significant amount of ballast the team was handed via pre-race Balance of Performance adjustments. 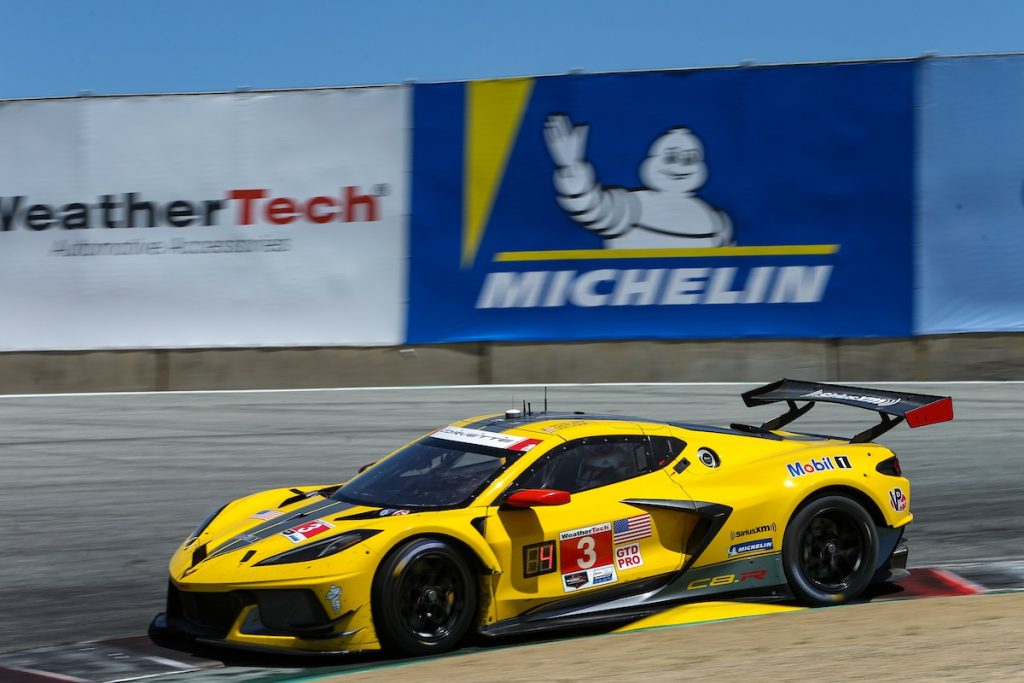 Jordan Taylor started from the back of the GTD Pro grid on Sunday after the team struggled for pace in Saturday’s qualifying session, with the American driver posting a time that was a full second off the pole-sitting Porsche 911 of Pfaff Motorsports. This put the team on a three-stop strategy for the race, with Taylor diving into the pits for fuel and tires just 25 minutes into the two-hour, 40-minute sprint. A full course caution then came out two laps later, with Corvette Racing calling Taylor back in for a brief fuel top off. This shuffled Taylor to the front of the GTD Pro field, as rival teams were stuck in the pits taking more fuel. 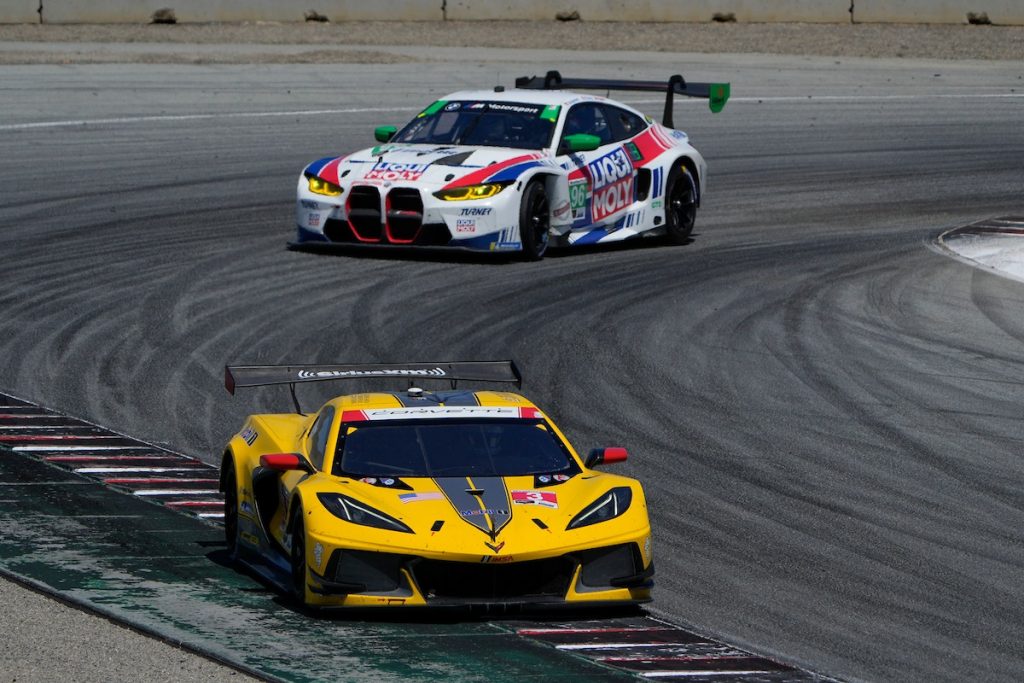 Rather unfortunately, Taylor fell through the order when the green flag came back out and then made slight contact with another GTD Pro car, but he was able to continue on. The 30-year-old drove a mistake-free stint for another 57 minutes before handing driving duties over to Antonio Garcia for the 60-minute sprint to the chequered flag. A podium spot looked within reach as Garcia methodically reeled in the No. 25 BMW M4 GT3 of Conor de Phillipi, however the abundance of lapped traffic on the rather tight 11-turn road course meant he was unable to use the superior pace of the Corvette C8.R to its full advantage, forcing the Spaniard had to settle for fourth position. The strong result ensured Corvette Racing retained its GTD Pro championship lead over Pfaff, however, with the Chevy squad now leading the Porsche team 990 points to 960 points. 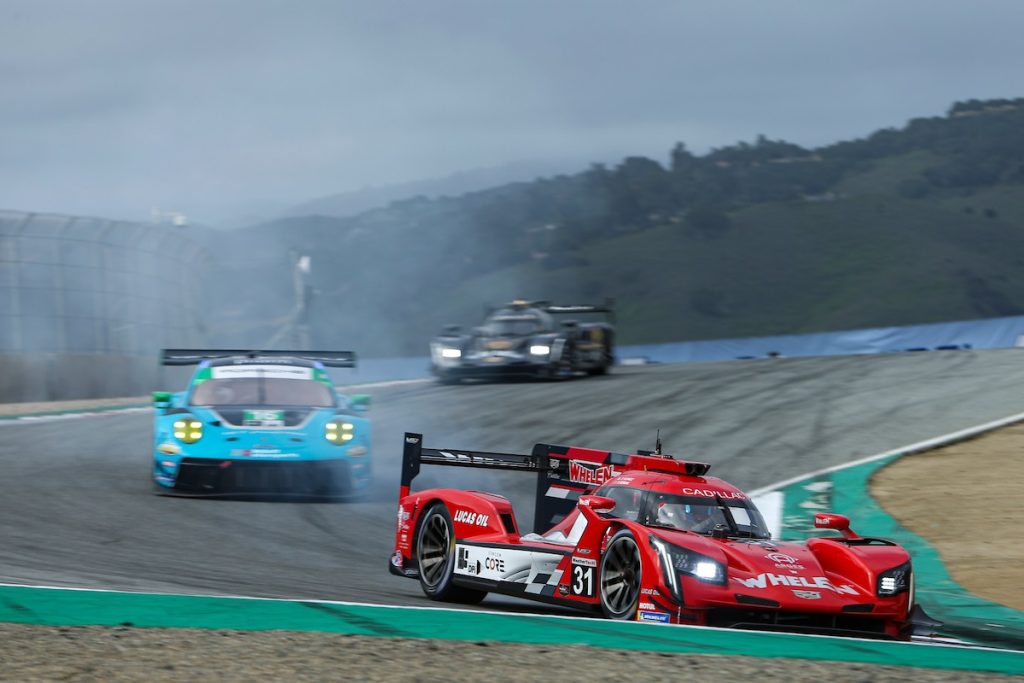 It was a tough day for the Cadillacs in the DPi class, meanwhile, with the two Acura ARX-05 entries securing a 1-2 finish ahead of the No. 31 Cadillac DPi-V.R of Whelen Engineering. The Cadillacs appeared to struggle for pace all weekend long compared to the two Acuras, so GM prototype teams will certainly be hoping for a better result when the IMSA season continues at Mid Ohio in two weeks’ time.