As we reported in late April, the collection was comprised of nineteen Corvette Pace Cars. No other car has been honored to be an Indianapolis 500 pace car as many times as the Chevy Corvette. Several of these pace cars have been reproduced as replicas and sold to the public, whereas others were built specifically for the event.

Dr. Foster has long been a dedicated fan of the Corvette Pace Cars, and has spent a number of years bringing together an exhaustive Pace Car collection which includes six Corvette Pace Car Editions, eight Indy Motor Speedway authorized replicas, and two Official Pace Cars. Four of the six Corvette Pace Car Editions have received honors from Bloomington Gold or the National Corvette Restorers Society. Many of the Corvettes are exceedingly low-mileage examples, with several showing fewer than one hundred miles driven. The entire collection was sold as a single lot. 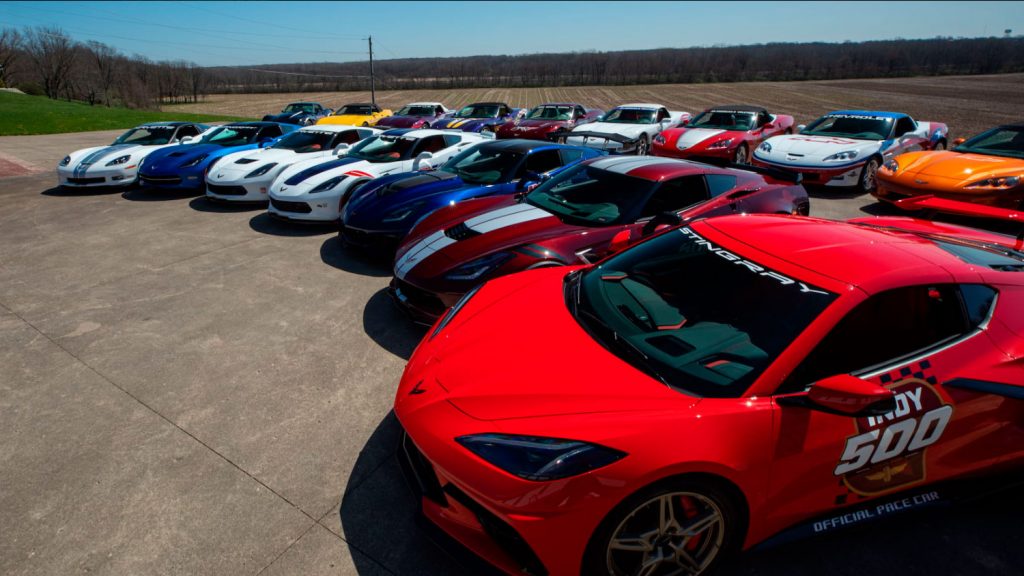 Here is a closer look at the Corvette Pace Car Collection: The earliest Chevy Corvette Pace Car is a 1978 model with fifty miles on the clock. This unrestored example has been Bloomington Gold Benchmark Certified. 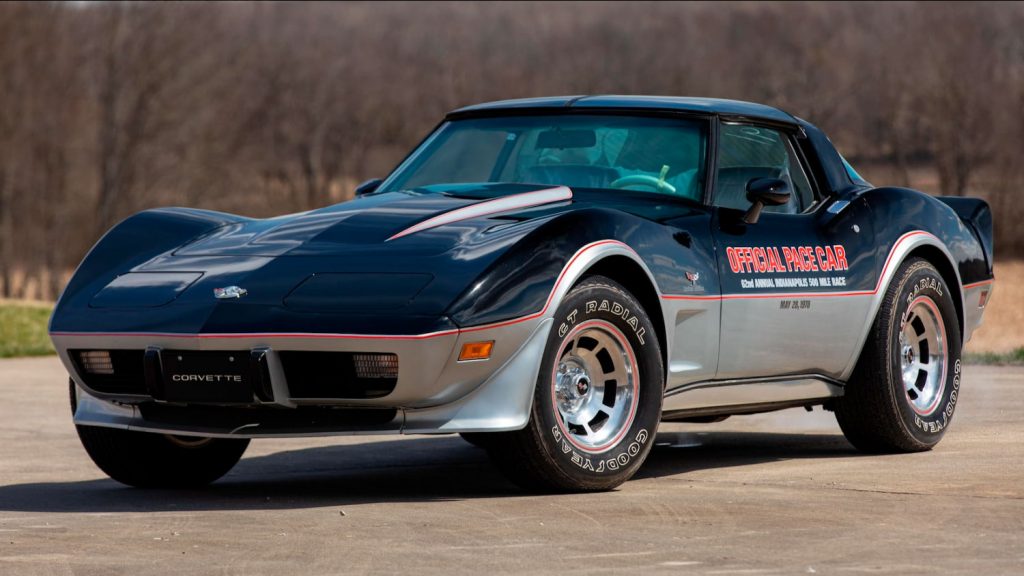 A 1986 Chevy Corvette Pace Car convertible in bright yellow with a black cloth top was the second oldest entry. This Triple Diamond Award and Muscle Car and Corvette Nationals winner is in unrestored, original condition. 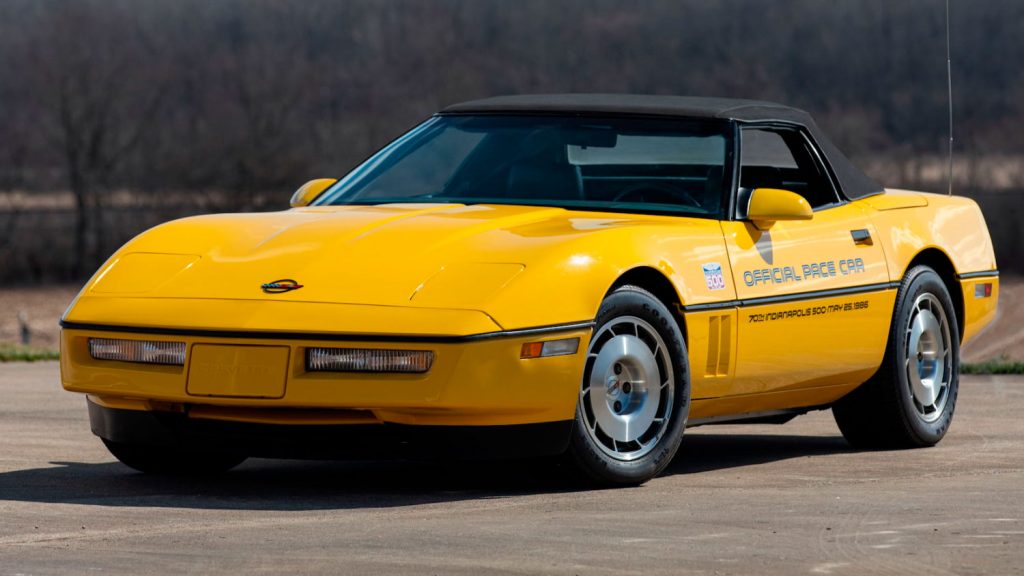 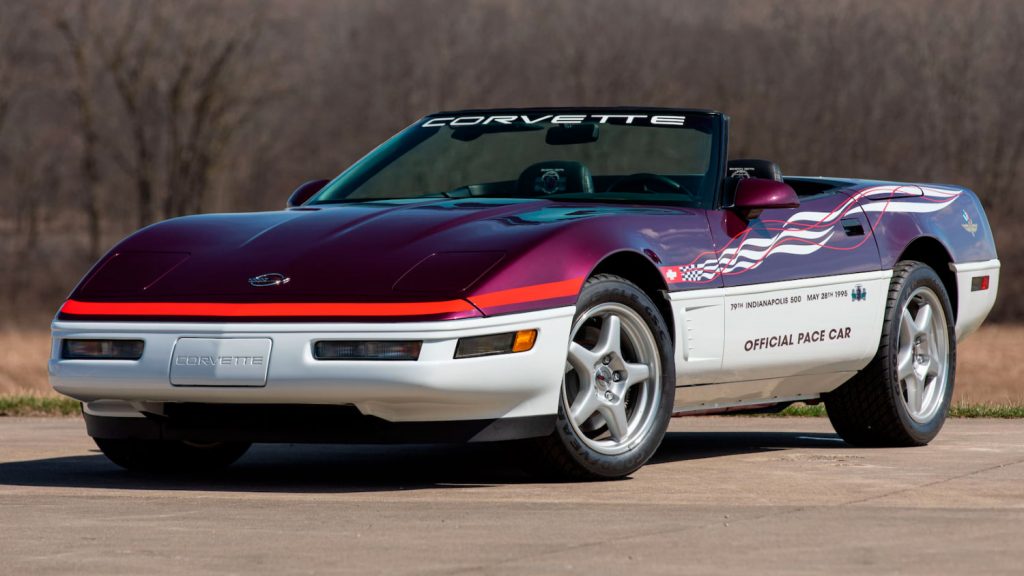 The 1998 Chevy Corvette Pace Car Edition in retina-searing purple and yellow, is one of 547 built with a six-speed manual. This is another exceptionally low-mileage example, with just seventeen miles from new. 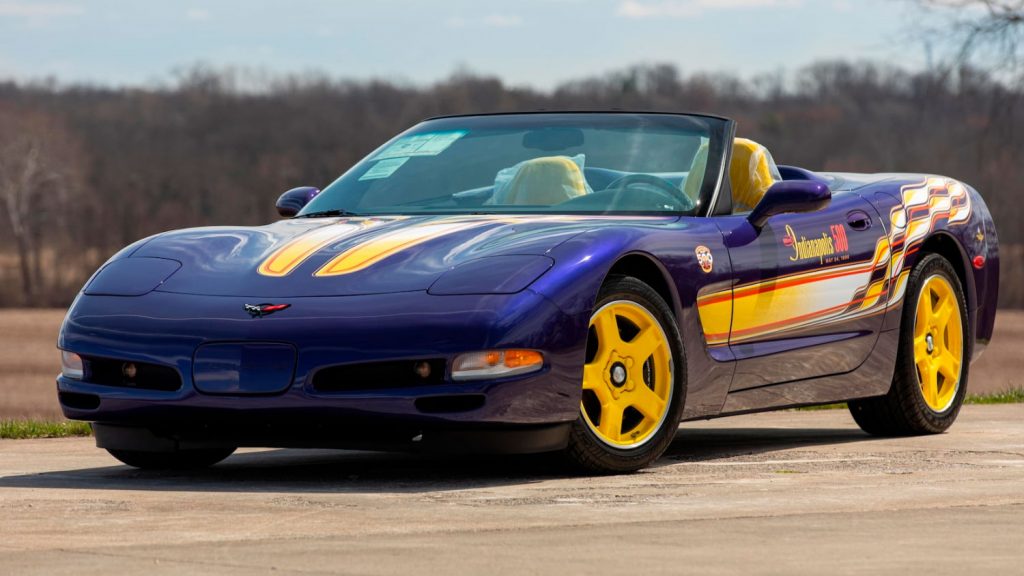 Having driven only ten miles, the 2003 Corvette Pace Car 50th Anniversary Coupe was painted in Anniversary Red, a color exclusive to 2003. It has been Bloomington Gold Certification. 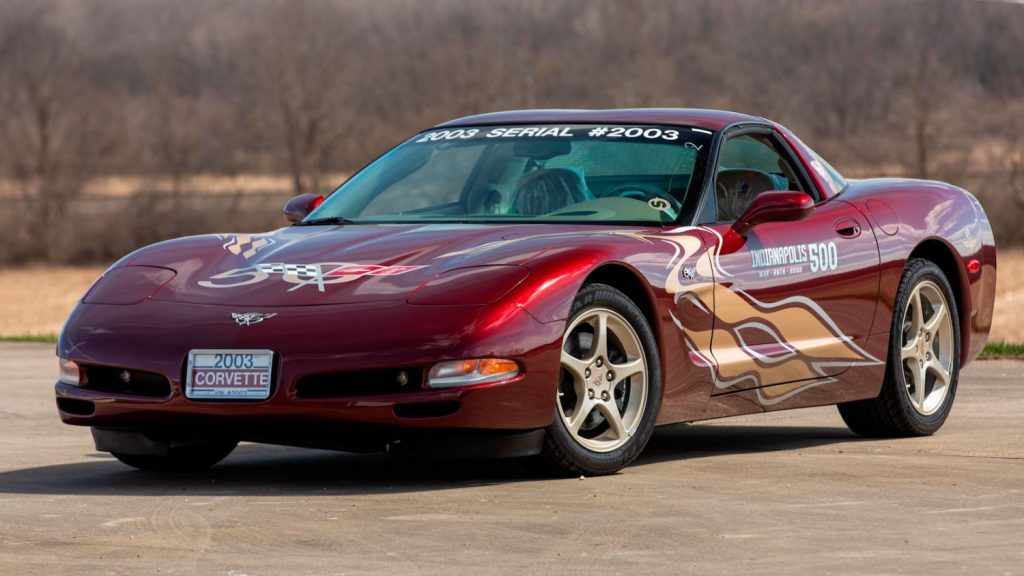 The final year for the C5 generation, this 2004 Corvette Pace Car was a parade car used for the 2004 race. It is finished in Arctic White and LeMans Blue. 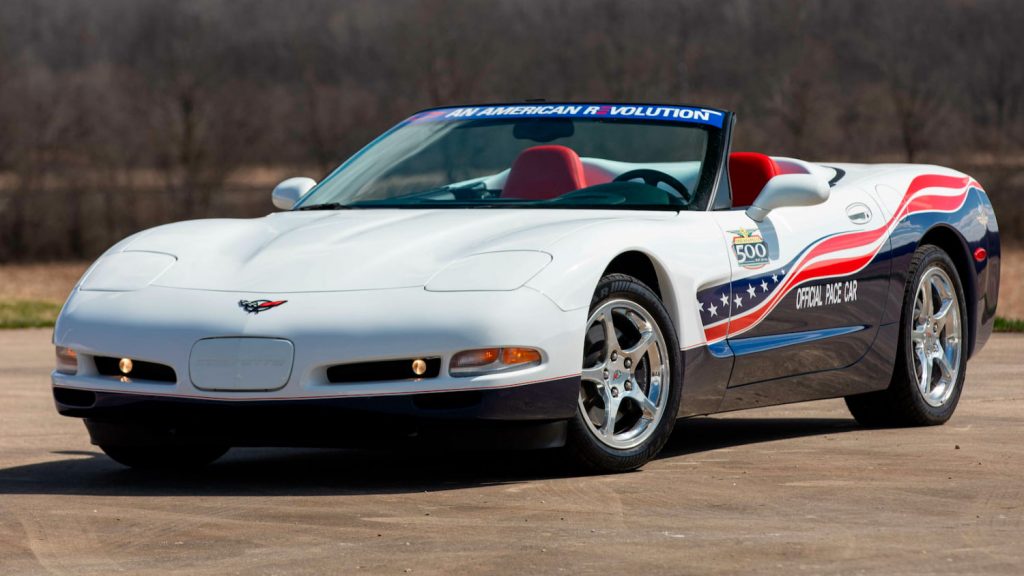 This 2005 Corvette Pace Car is one of eight Official Pace Cars used for the 89th Indy 500. All eight were finished in Victory Red. 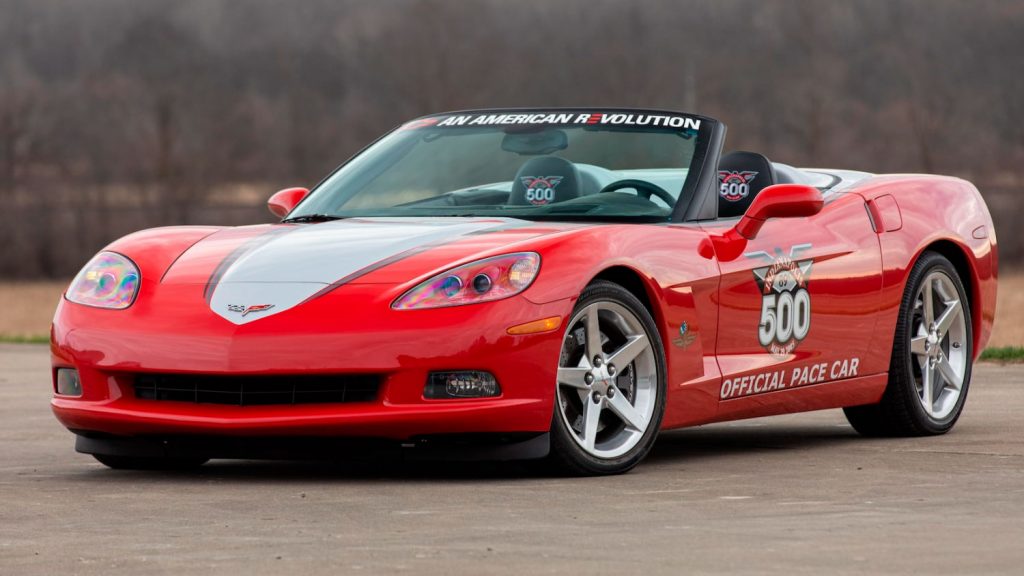 The 2006 Chevy Corvette Pace Car for 2006 was an Arctic White with red and blue stripes Z06 coupe, one of only six Official Pace Cars built for the occasion. 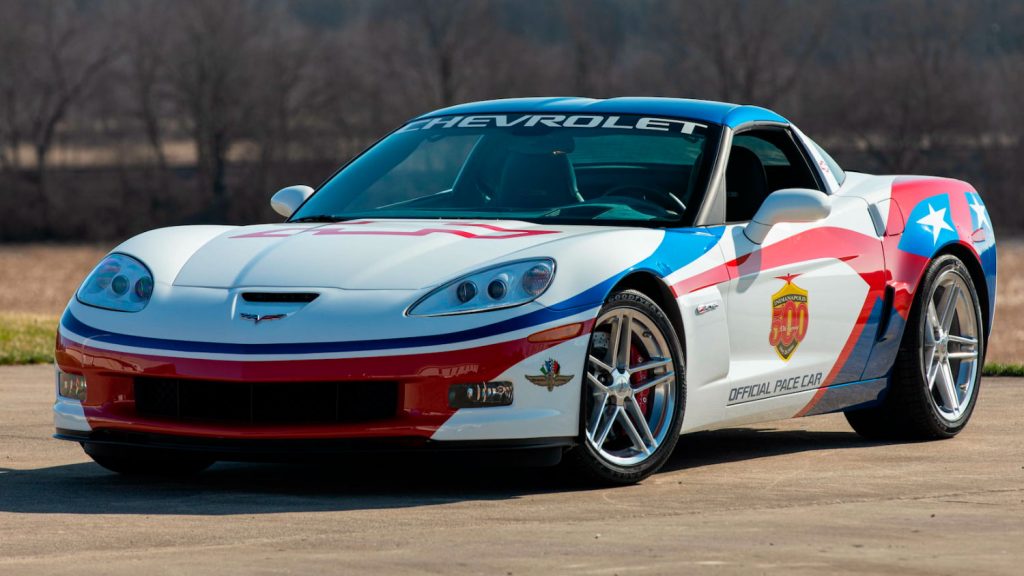 For the 2007 Indy 500, the Corvette Pace Cars were finished in Atomic Orange. Appropriately, only 500 copies were produced, and this example shows just 500 miles. 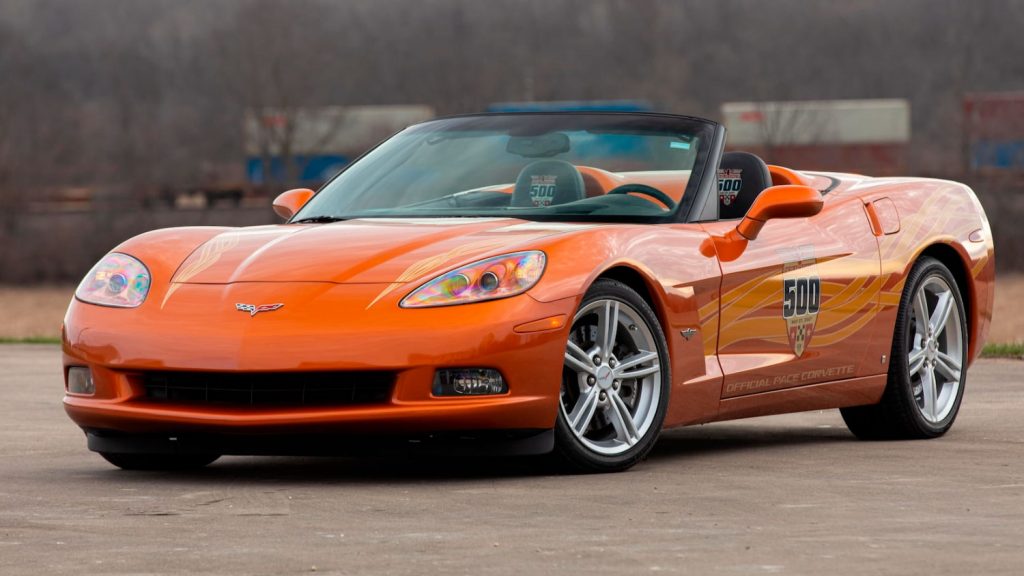 Only 266 copies of the 2008 Corvette Pace Car were built. All were finished in Black and Machine Silver. 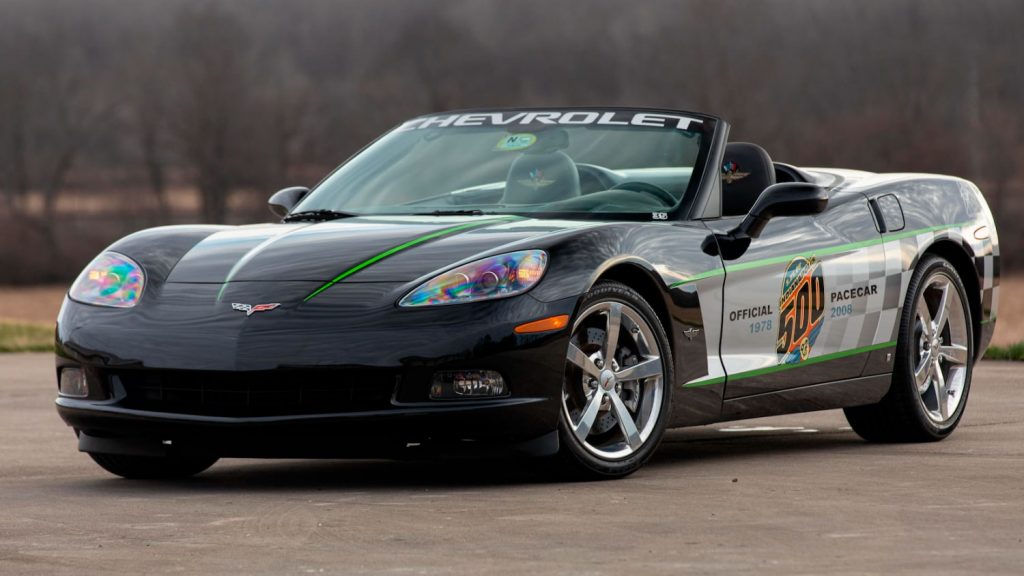 2013 marked the end for C6 generation Corvettes. The Corvette Pace Car this year was the flagship 60th Anniversary ZR1, with 638 horsepower, and a six-speed manual. As a 60th Anniversary version, it was finished in Arctic White with Blue Diamond leather interior. This copy is another extremely low-mile example, having been driven just 34 miles. 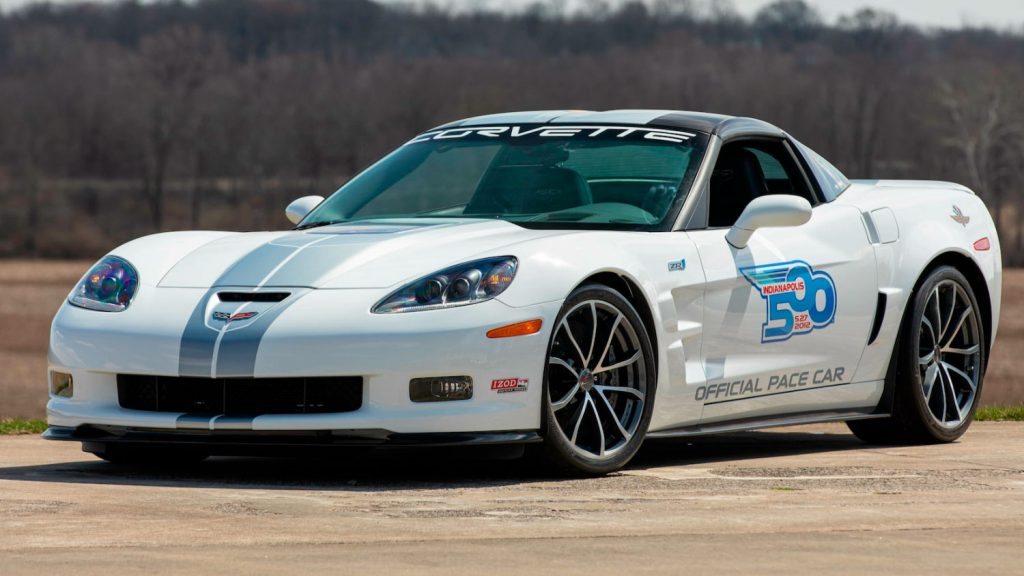 For the 97th running of the Indy 500, the all new C7 Corvette finished in Laguna Blue and powered by the 460-horsepower LT1, paced the race. It shows nine miles on the odometer. 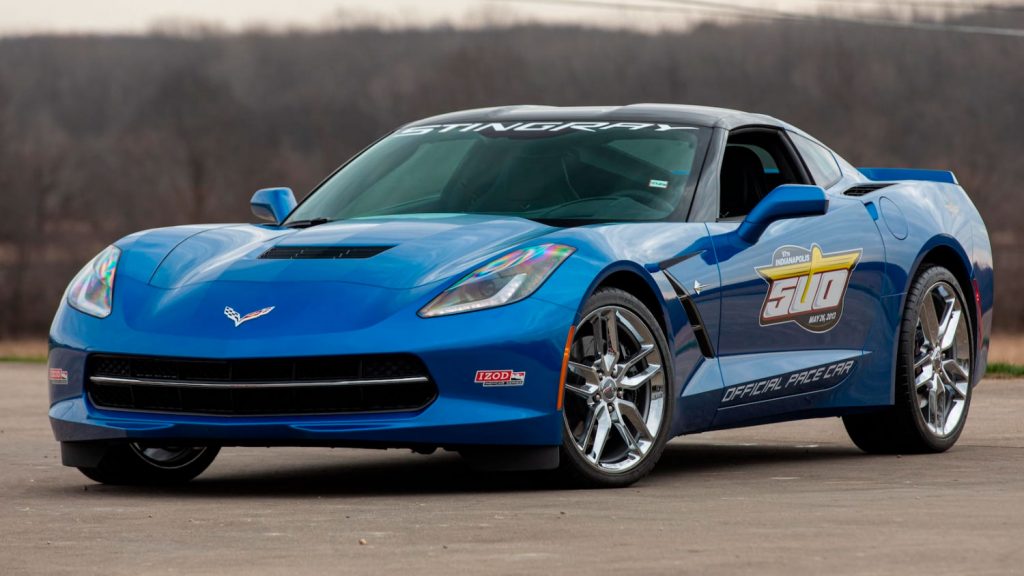 For 2015, the Corvette Pace Car was a Z06 coupe finished in Arctic White with red and blue graphics. 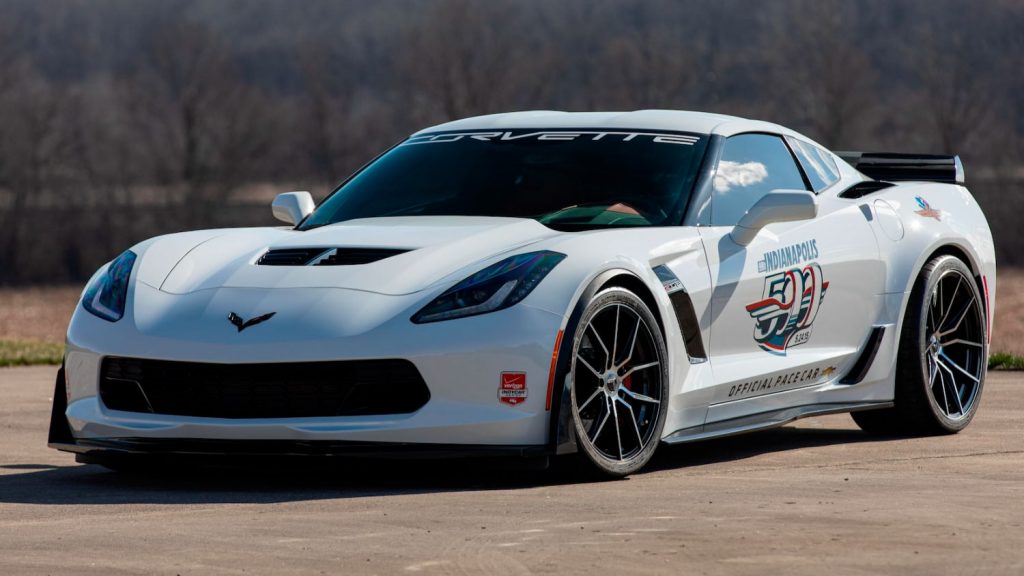 A Grand Sport Coupe served as the 2017 Corvette Pace Car replica. It is painted in Arctic White paint with red and blue graphics, and is powered by the 6.2-liter LT1. 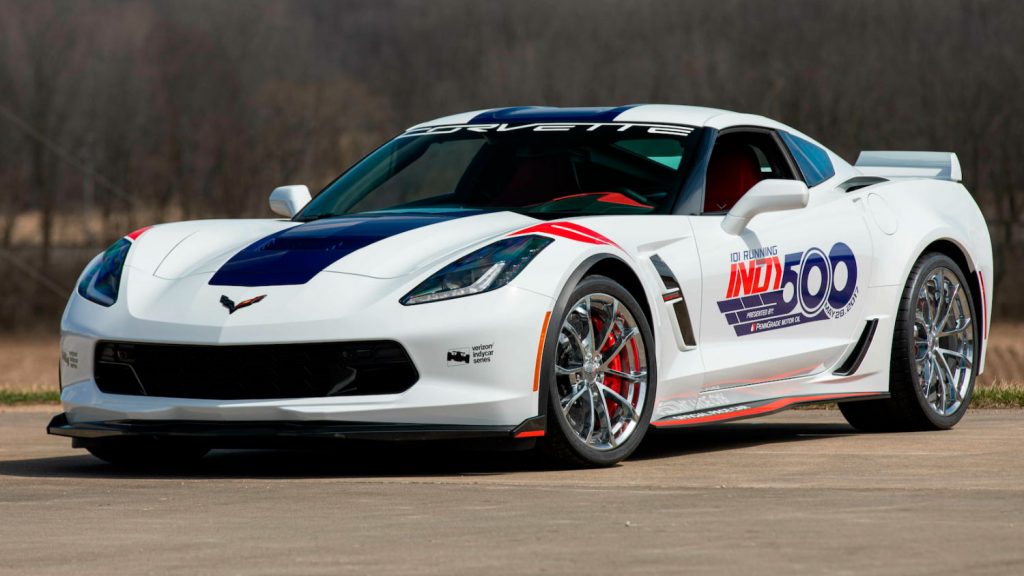 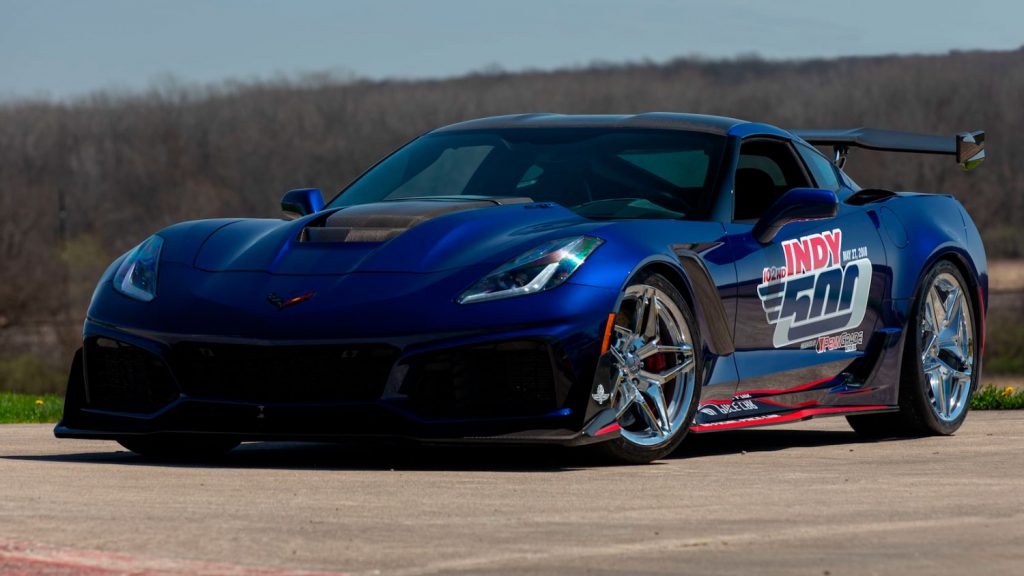 The second is a Long Beach Red Grand Sport coupe. 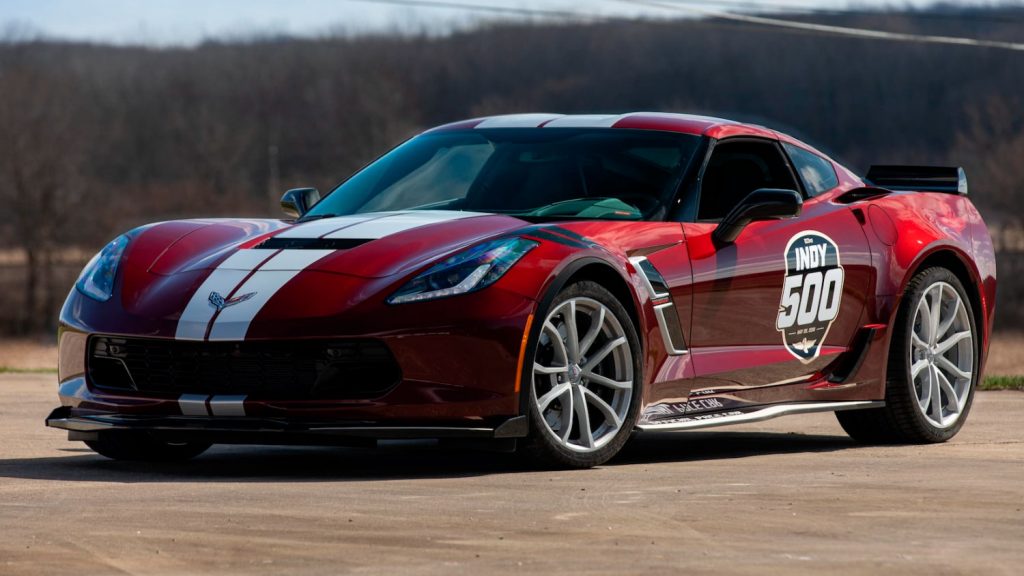 With the debut of the C8 Corvette in 2020, a Torch Red example of the new mid-engine coupe with the Z51 Performance Package paced the race. 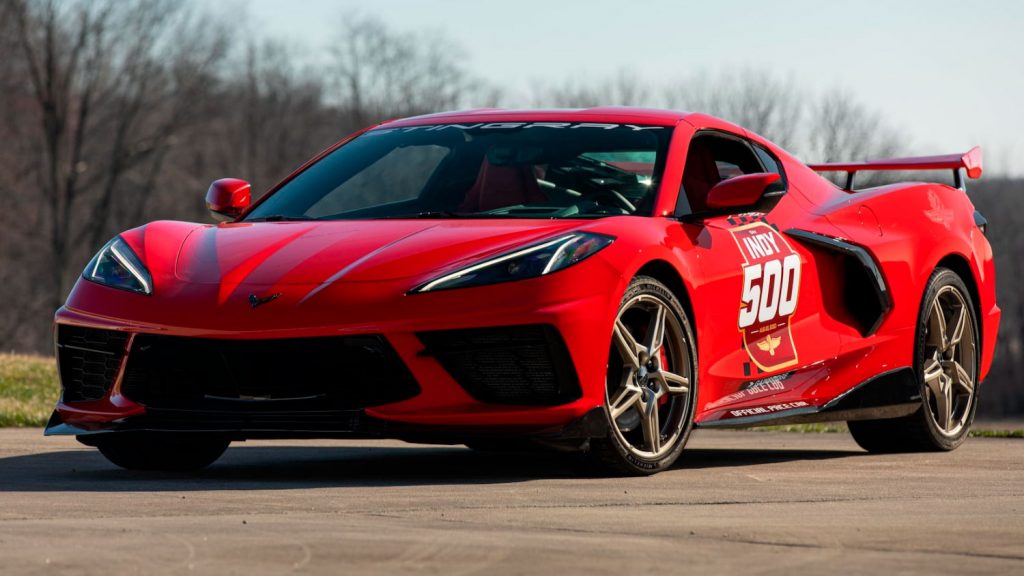 A 2022 Corvette (not pictured) is being finished, and will be delivered to the winning bidder upon its completion.

The sale result can be seen here at the Mecum Auctions Indy Spring Classic page.