The Chevy Corvette is known for many things, including its striking and iconic design, something which has evolved mightily over the course of its eight generations. Now, the “Kings of Corvette Design” will be in attendance at an upcoming design symposium held at the GM Design Dome at the GM Tech Center in Michigan.

Among those set to host the upcoming symposium is Pete Brock, whose career at GM began at the tender age of 19 when Brock became one of the youngest designers to work at GM Design. Working under Bill Mitchell, Brock was one of several designers tasked with creating a successor to the 1957 Corvette SS concept, a project which resulted in the selection of Brock’s design sketch to produce the XP87 Corvette Sting Ray Racer, a vehicle which subsequently provided the inspiration for the second-gen Corvette C2. 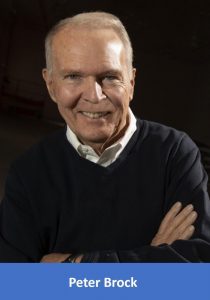 Beyond the design work, Brock also worked as a photojournalist, documenting the accomplishments of the Corvette nameplate in motorsport, including during its early days in the ‘50s with Briggs Cunningham. What’s more, Brock has an extensively background in motorsport, launching Brock Racing Enterprises in the ‘60s. However, when it comes to Corvette design, the lines seen throughout the sports car’s history are unquestionably tied to the pen strokes laid by Brock during his early days at GM.

In addition to an appearance by Pete Brock, the design symposium will also feature Tom Peters, who’s career at GM spanned 35 years and included highlights like a mid-engine Corvette concept and the 2014 Corvette Stingray, Kirk Bennion, who led the design team responsible for the C8 Corvette, Randy Wittine, who had a hand in the design for no less than six generations of Corvette, and John Carfaro, Chief Designer of the C5 Chevy Corvette.